I Am Not Used to the Living 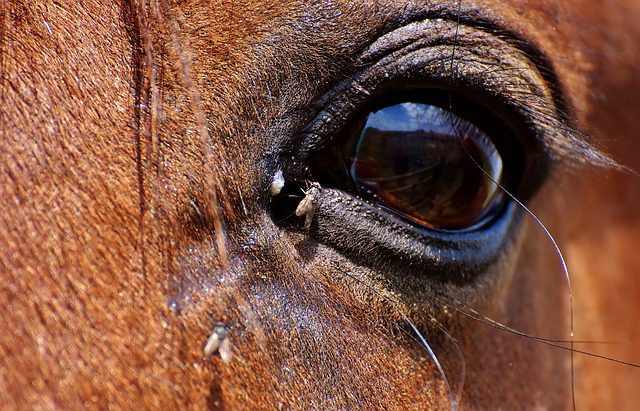 The warmth is coming back.

Today we had the windows open for a bit after noon. The sun is slowly bringing life back.

It’s at times like these that I want to go to the mountains– not the bare, dirty, rust-stained cliffs of the Ohio Valley but deep in the mountains where things are alive.

I used to visit the mountains in Pocahontas County every summer as a girl. It was only for one week a year, and I’ve lived up in Northern Appalachia for thirteen years, but somehow I feel like part of my home is in the mountains deep in the heart of Appalachia.

I want to visit the place where things are alive.

I want to not be able to sleep at night: not because of that ordinary, quiet, urban insomnia, but because the Katydids are crying and the owls sound far too much like humans doing poor imitations of owls. Night, deep in the woods, is not simply an absence of daylight. Night is a living thing.

I want to slip down to the edge of water that seems still, and watch the minuscule ripples of my own breath playing with the ripples of something else’s breath. Water is never truly still; in lakes and ponds, there are always little dents and wrinkles that make you nervous, as if something tiny and invisible is hopping toward you across the skin of the water. In rivers, you could drown because the spaces that look the most still are actually pulled by strong currents that drag you along. You have to walk in place to stand still, in a river. A river is a living thing.

I want to hike in the woods where the fallen trees erupt with worms and networks of fungus, and the trees that die where they stand become high rises for ants– so, in the woods, even dead things pulse with life. I want to go where you can rip the bark off a decaying log and find that inside it’s already soil, the same red and black loam you’re standing on. Soil is a living thing. A dirt path is a living thing.

Pavement is not a living thing.

Between a dirt path and a paved sidewalk, there is a gulf like the one between Heaven and Hell.

The life of human cities is not the life of biomes, and the decay of human cities is a different decay than that of trees. Here in this abandoned and dying steel mill town, life does not give way to more life but to dust and rust and ash. Trees are insubstantial sticks jutting from bricked-in circles; they flower, not too fragrantly, in the springtime, but never produce any fruit. Plants are grown in pots and hanging baskets. You can’t even tell if they’re alive or silk unless you bump into them. Insects are poisoned and swatted without mercy for fear of bee stings and anaphylaxis. Water shoots upward out of the municipal fountain, the one with signs all around warning you not to touch it or drink for fear of the chemicals they put in to keep it clear. I am used to this.

I have grown unused to living things.

I want to hike up the Lake Trail, in that state park with the silly-sounding name. I want to sneak up to the stables where they keep the horses, for riding tours of the Bear Pen Run trail. I want to talk to the horses again.

I’ve never ridden a real horse, but I’ve talked to them. I’ve gone up to the stables to get acquainted, and I found them browsing in a fenced in pasture, dodging clouds of gnats.

I held out handfuls of grass for a mare to nibble. I felt the flat ivory of her teeth against my palm. I patted her neck, and was shocked at how warm she was.

I suppose I assumed it would feel like a comforting teddy bear, but it didn’t. Living things are rough, scratchy, anxious, full of warmth, and they are constantly in motion. The sides of a horse quiver and twitch just as the surface of water does. There’s always a little ripple, a slight motion. Life refuses to be still.

I reached out to touch her face, in the middle of the nose as people unaccustomed to horses tend to do. She turned her head to look at me, because she could not look at me straight on; a mare’s eyes are on the sides of her head.

The eye was dark, a great brown iris with no white at all, and the pupil was a black ellipse.

I wonder what it does to a horse’s vision, that her pupil is an ellipse.

I was afraid and awed to be beheld by something that wasn’t me– not reflected in the glass eye of a stuffed toy, but taken in and noticed by something capable of noticing: into a pupil that was elliptical instead of round, stretched through a lens, reflected on a retina upside-down and righted again in a brain, and then noticed. I was not just in her field of vision. I was noticed, and I was beheld.

It could be that I am as alien to her as she is to me. Or perhaps she doesn’t think of humans that way at all. She is used to humans, after all, and I am not used to horses.

I am not used to the living. 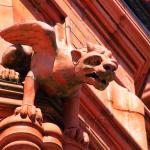 March 27, 2019
Wal Mart, the Devil, and the Mystery of the Bashful Exorcist
Next Post