Silencing Victims is Not Evangelization 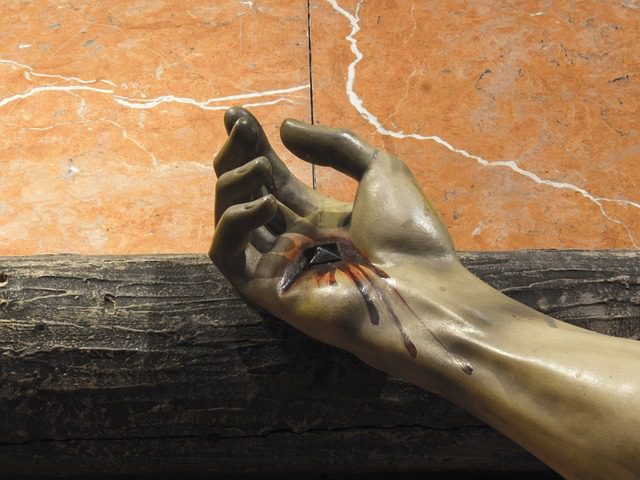 The other day I was furious about the abuse survivor who was told not to show up at a “Healing our Church” meeting in the Diocese of Allentown. When I reached out to the diocese about this, they said it was because there were other programs for abuse survivors but this was for “the lay faithful of our parishes,” as if a victim can’t be a faithful lay person. My friends and I were disgusted at the idea that there had to be two different groups, and that the ones who were not abused were being called “faithful” to distinguish them from the other kind. I have yet to hear any rational explanation for that wording.

It seems that there is a certain type of Catholic that not only loves to humiliate and exclude anyone who has been hurt or traumatized in the Church, but also believes that by doing so they are doing the work of God.

I recall the times I’d been viewed as a troublemaker in parishes and other Catholic settings, for talking honestly about some of the  things I’ve been through. I’m not a clerical sex abuse survivor, just to be clear. My rape was in another context. But I was emotionally and spiritually abused, sometimes severely, in a few different Catholic settings, and it’s not something that’s easy to forget.  There are days when going to Mass feels like torture. I’ve been accused of trying to make the whole Church look bad by telling the truth about this. I’ve had people inform me “this isn’t spreading the kingdom.” I’ve been told not to come back.

And my friends have been through a lot worse. Because the worse abuse a person has suffered, the more investment these brand-conscious Catholics have in keeping it quiet. They’ll do anything to make sure that abuse victims (and anyone else whom they feel is weird or inconvenient) are kept silent around their target audience.

At this point, it seems you’d have to be pretty naive to not see that a huge number of Catholics, working at the parish and diocesan level or just in interpersonal interactions, think they have to protect the Church’s reputation by silencing perceived inconveniences of all kinds. They’ll do anything to make us shut up. Perhaps some of those people have evil motives. But I think a sizable group of them are telling themselves they’re honestly doing God’s work. They think that in suppressing and driving away abuse survivors, they’re defending the faith and “spreading the Kingdom.”  Because they’re making the Church look squeaky clean and nice, without any messy victims in the pews to ruin the aesthetic or speak up about how it’s not as pretty as it looks, they assume they’re making a good advertisement for Catholicism and doing their part to win souls for the Faith.

Of course, when you think of it that way, it makes a perverse sort of sense.

What are they supposed to do with that?

You can’t sell a product that abuses people.

How would you like it if you were a vacuum cleaner salesman going door to door, trying to sell a vacuum cleaner so you could feed your children, and wherever you went you were followed by a person claiming that that same brand of vacuum had attacked them in the most humiliating way and caused permanent damage? How would you like it if every time you tried to come into a potential customer’s house to demonstrate your vacuum cleaner,  that injured person came with you, wincing in pain and with just the hint of embarrassingly positioned bandages showing from beneath their clothes? How would you feel if every time you mentioned the brand name of your vacuum cleaner, the potential customer got a funny look on her face and accused you of being a pervert who wanted to hurt people on purpose?

That would be horrible.

Of course you wouldn’t want such a person with you.

An extremely tolerant and generous vacuum cleaner salesman might allow the injured person to tag along– if they were quiet, if they put on a nice big shapeless hoodie to cover all the scars and promised not to take it off no matter how uncomfortable it got. If they agreed to lie about the vacuum. If they agreed to tell everyone that they were the one who seduced the vacuum in the first place and they’re sorry. But ninety-nine salesmen out of a hundred would send that person packing.

It’s understandable that they would do the same to us.

If only they knew that Christ was not a vacuum cleaner and neither is his Church, and we were not created to be salesmen.

Christ is God. The Church is His Body and bride, but it’s also an institution of human believers who are capable of sinning as much as they choose, and sometimes they destroy people. And we, people, are the children of God.

Yes, even we broken people that spoil the aesthetics of your beautiful parish.

Even people who kneel during the Kiss of Peace because they can’t stand to be touched. Even people who have panic attacks at Liturgy and have to excuse themselves to cry in the bathroom. Even people who are afraid to go into a church and have to listen from the foyer on Sundays. People who talk honestly about the situation and make non-Catholics you’d like to evangelize say “Who would want to be a Catholic?” People whose trauma is so severe they can never walk into a church. We, too, are the children of God.

As children of God, we are infinitely valuable.

The whole incarnation, passion, death and resurrection of Christ is for us– for each of us individually, and for all. On behalf of all, and for each. God never does things by halves. 100% of what He did, He did for you who are reading this. 100% of what He did, He did for the most comfortable daily communicants who have never suffered any abuse at the hands of Catholics. 100% for the person who takes comfort in the Rosary and 100% for the person who has flashbacks whenever she thinks about the Rosary. 100% for Mary Pezzulo whose family fell under the spell of a narcissistic and manipulative religious sister who pretended to be a mystic, and then worse things happened. 100% for my friend who went off to the Regnum Christi pre-candidacy school, was informed in so many words that Jesus didn’t really want her, and came home with severe mental illness. 100% for my friends who were raped and molested by priests.

That’s what Christianity is about.

And this means that if you hide or ignore or, God forbid, re-traumatize the abuse survivors in your parish, if you exclude them, if you push them away, if you tell them not to come back, if you add to the weight of their impossible crosses, you’re not defending the faith and you’re not spreading the Gospel. You’re killing the faith and snuffing out the smoldering wick of the Gospel, in that person you’ve abused and thrown out of the church.

And because Christ died on behalf of all and for each, to destroy one wounded person is to destroy the whole church.

It profits you nothing to gain the whole world and forfeit one human soul. It is a hollow, worthless victory to gain a church with full pews and a vibrant community, by smothering the cry of an abused soul. You are not a salesman, who measures success by the sheer quantity of satisfied customers that bought what you had to pitch to them. You are a Christian, an imitator of Christ, and Christ’s work is to heal the broken. One broken soul is the whole of the Church. There is no such thing as quantity, to a God Who is infinite. There’s only that soul. Only your soul. Only my soul.

Only the soul of someone who was abused, and is suffering trauma, and creates a mess for the other believers.

We spread the Gospel and defend the Faith by caring for that one soul God has placed in our path, not by stifling her in order to make the Church look pleasant. We spread the Gospel by doing this, and letting God worry about how full the church pews are on Sunday.

I don’t think I can change the people who are evil. But those of you who are trying to defend the Faith: defend your brothers and sisters who have been abused. Stop being a salesman. Be Christ instead. 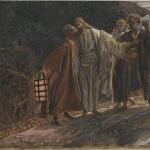 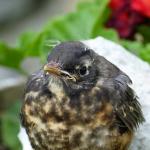