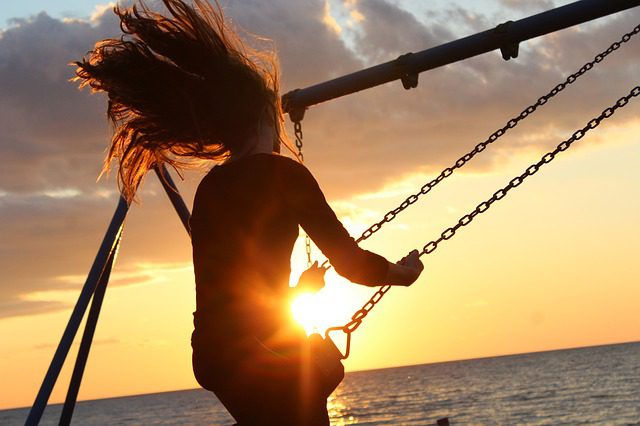 She is beautiful, but she doesn’t care about that and is annoyed when I bring it up. Rosie wants me to hack her hair into a bowl cut that stays comfortably out of her face; she wears jeans or leggings and superhero t-shirts. Most of her friends are boys, because the girls find her odd. Her best friend is a boy I’ll call Jeremiah, who lives down the street. The two like to play with the tokusatsu action figures she sends away for from Japan with her allowance. They also like to build “haunted houses” on the porch– I once found “DONT COME IN HAUNTED HOUSE,” with the word “come” horrifically misspelled by Jeremiah, scrawled on my porch floor in chalk. They tossed footballs and pretend to go camping.

The other neighbor children have decided that Rosie and Jeremiah are dating.

This is apparently something that happens all the time in this town. Perhaps it happens everywhere and I never noticed– I’m the last person in the world to say my childhood was typical, after all. Girls my daughter’s age wear makeup and bras with nothing to stuff in the cups. They’re supposed to have crushes on the little boys they know, and they pair off into couples with them and proceed to have jealous, backbiting feuds. Rosie was shocked when one of the neighborhood girls was mean to her one afternoon, because she had “stolen her boyfriend,” by playing football with him. The next week, she reported that the little girl was crushed because she had broken it off with her boyfriend entirely. The week after that, she had another boyfriend.

“Girls that young can’t possibly have a boyfriend,” I said, but apparently they can.

I began to understand why so many high school students I’ve seen riding the bus are pregnant, and why everyone around here seems to view teen pregnancy as a rite of passage.

And then it dawned on me that Rosie was almost eight years old. Right now, the conversation about boyfriends is merely silly. There will come a time when it’s not, and that time gets closer every day.

About a week ago, Rosie was playing checkers on the porch with Jeremiah, when several children happened by. She knows all of them from the neighborhood. She alternately plays amicably with them and puts up with their teasing, in the grand tradition of neighborhood friends everywhere. This week, they teased.

“Is that your BOYFRIEND?” they taunted.

I opened the door, leaned out and shouted at the air. “For the record, you can’t have a boyfriend before you’re sixteen, and Rosie and Jeremiah are just friends.”

That was enough; the crowd scattered.

But there will come a time when my playing the annoyed mother won’t help.

We talked this situation over later.

“What you need to do,” I said, “Is roll your eyes. Don’t even talk to them when they call Jeremiah your boyfriend. Just roll your eyes as if it’s the stupidest thing you’ve ever heard anyone say. And that will embarrass them, and they’ll stop.”

Rosie liked this idea. “How do you roll your eyes?”

Rosie practiced over and over to get it right. This is how I discovered that not only can she cross her eyes, she can move her left eye completely independently of her right. As a deterrent, that eye-crossing may be better than ordinary eye-rolling.

But it will only work for so long.

There will come a time when Rosie isn’t ridiculously young to be romantically involved with someone.

There will come a time when I won’t be there with suggestions, and she’ll have to make her own choices.

Yes, there will. Parents like to make crass jokes about sitting on the porch with a shotgun; we like to boast about how we’ve raised our children so well that we know exactly how they’ll behave in any given situation. But we don’t. What she does will be up to her, and the consequences will be hers to bear. I won’t be able to help.

And, of course, some of the things that happen to her will beyond her power to change entirely, no matter what choices she makes.

Two evenings a week, Rosie has martial arts lessons– taekwondo, judo and kickboxing. I’ve sat and watched her lessons at the dojo. She’s one of the smaller students, but what she lacks in size she makes up in tenacity and determination– she’s wanted to be a “ninja” since she was in preschool. Sometimes, when the students are sparring together, it’s all I can do not to stand up and intervene. Don’t do that.  Stop hitting my daughter. Don’t straddle her. Get off of her. Never, ever hurt my daughter.

Rosie can handle it. She listens very carefully and performs the correct sequence of moves. She knows how to break an attacker’s arm, and what kind of choke will render him unconscious.

But there may come a day when that’s not enough.

Things happen– even to women who are prepared, and know how to break an arm.

Rose’s dojo is just down the street from Steubenville High School, internationally famous for rape. Nearby is Franciscan University, now famous for some extremely shady cover-ups of  sexual assault. And then there’s what happened to me just a few blocks away from campus.

This isn’t a safe or healthy town to raise a daughter, but here I am.

This isn’t a fit world to bring children into, but here we are.

My Rosie is almost eight years old. After that she’ll be nine, then ten, then a teenager, and eventually a woman.

What will happen then is not up to me. 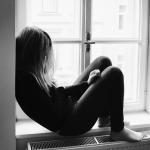 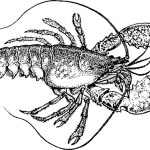