Crawfish in a Jar 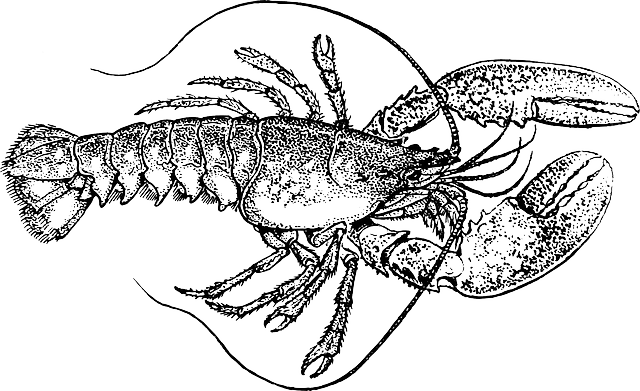 When I was a girl, we used to vacation deep in the heart of West Virginia every year.  There was a stream that ran past the rental cabins, where my cousins and I would catch crawfish in Dixie cups and put them in a jar of water. Crawfish are difficult to catch because they scoot backwards if you come at them from the front– that’s how you outsmart them. You lift the rock they’re hiding under, and then you poke them in front with a stick until they dart backwards into the cup. In the jar, they would scoot around backward in circles, seeking cover but finding nothing.

Lately, I feel like a crawfish in a jar.

We are still in the rental house in Steubenville. Every year, our grand plan to move to a different part of Northern Appalachia falls through. Every year, I think we’re a little bit closer and this will be our Great Escape, and every year something goes spectacularly wrong.

I daydream about what I’ll do when we move. Our poverty won’t disappear, but if all goes well it will be a bit easier.  I plan what the house will look like, if we buy a fixer-upper I’m allowed to paint: the blue toile wallpaper in the dining room and the teal accent wall in the parlor, the Special Plates in a curio cabinet, the icons in the beautiful corner actually nailed to the wall instead of being stuck to wood paneling with Command tape. Sailboat wallpaper for Rosie’s room, and permission to nail up superhero posters and memorabilia in the way she likes. peel-and-stick fake wood floors all over the downstairs– I will never have to deal with a stained carpet again.

Sometimes I plan the garden as well. I’ll never have the strength to be a farmer, but I am obsessed with urban eco guerilla gardening. I have plans for every conceivable type of yard. The first thing I’m going to do, if I ever get out of here, is kill off the grass at our new place and plant a clover lawn for Rosie to play on. Clover hardly ever gets high enough to need mowing, and it smells Heavenly. The next thing I’m going to do is get an apiary, a beehive, a whole colony of pets to feast on my clover. Next, a chicken tractor and a few fat hens, for the eggs and the free fertilizer and for company. I could never kill a chicken.  I will have at least three keyhole garden patches: a spring and autumn patch with onions and snap peas; a Three Sisters patch with purple stringbeans, heirloom sweet corn and pie pumpkins; and a patch dedicated entirely to zucchini and summer squash. I will grow brassicas on the shady side of the house where sensible people grow hostas. There will be a tasteful display of indigenous wildflowers where it can be seen from the street. I’ll drape grapes and climbing roses over the porch and plant lilacs and honeysuckle where I can smell them from the kitchen window. In the front yard, pretty enough to be decorative trees, there will be a postage-stamp orchard of dwarf peaches.

All Rosie wants is a dog.

We can’t have a puppy at the rental house, nor chickens, and I don’t see the point of planting a tree. The yard is neither grass nor clover but random weeds. We have a small vegetable patch in the back planter. If Rosie plays out back too long, or I spend too long in the garden, our paranoid neighbor lets out her German shepherd, on a chain which is just a bit too loose, to stand on our side of the property line and bark at us. Sometimes she comes out herself, clad in a bathrobe and pajamas; she pulls up weeds from her side of the property line with a rake and dumps them on ours, ranting. She calls Rose our “boy-girl,” and calls Michael and me “rats,” “f*ckers” and “the last of the Aryan Amish.” I still don’t know what she means by that last one. Once, a couple of years ago, she waved a kitchen knife and invited us to come over “so I can cut you up, b*tch.” But the knife was still in its flowered cover, and she never crossed the property line.

We run inside when we see her coming.

I used to call the police after she harassed us, but they keep telling us to “de-escalate,” so now we run inside. But I can still hear her ranting at our windows.

Sometimes I lock myself in the bathroom and take a long shower so I won’t hear a sound.

We have another neighbor who comes to the door asking to mow our lawn, or asking for money if the lawn doesn’t need mowing. At first I gave him some if we had any, but now I don’t. He showed up at nearly one in the morning and startled me one night, and then this Sunday just after he came again, some things went missing from the porch. So I plan to pretend not to hear the knock.

I am a crawfish swimming round and round my jar, trying to make it bearable, hoping to avoid the stick.

When I was a girl, we tried to keep the crawfish in a jar overnight so my uncle, who liked to fish in the river, could use them as bait early the next morning. He found the jar empty– raccoons had eaten all the captives cowering there with nowhere to hide. So he filled the jar with soil and worms and brought them along. I remember looking in surprise at our crawfish prison later that day– no water, no scaly baby lobsters, only black loam.

When we got older, my male cousins grew mean. It wasn’t enough to catch crawfish; they wanted to make them wrestle. They’d pick them up out of the jar to make them open up their big front claws, then push them together to make them claw each other. With enough coaxing, the crawfish would grapple and wrestle until one of them was dead.

Once, when they didn’t die fast enough, my cousins sprayed them with bug spray to see what would happen.

And then they graduated to other animals– toads, minnows, anything else they could catch.

I stopped catching animals and went into the opposite business– liberating the prisoners back into the stream while my cousins were at dinner, saying nothing about it, and hoping they thought it was the raccoons again.

Once, they caught a great big mud puppy, or another salamander about that size– West Virginia has many such creatures lurking in the streams. They put him in his own jar and went to dinner, boasting about what they might to do to him later.

I can’t stand mud puppies. Their slick skin repulses me; it reminds me of worms.

But I couldn’t stand the thought of what my cousins would do.

While they were at dinner, I slipped out and picked up the jar with the mud puppy in it. The mud puppy convulsed when he felt the jar lift up– I talked soothingly to him, hoping he wouldn’t manage to jump out and slither over my hand. If he did that, I’d scream, and get caught. I talked to him all the way down the short road– not to the stream, but to the artificial lake where the stream let out. There was much more chance of his not getting caught again if he was far from our vacation cabin and in the lake.

I poured the jar out near the shore. The repulsive creature slid out with a plop. I saw him slither on the sand and then dart through the water– swimming, salamanders are nearly beautiful. They’re only disgusting when they’re still.

I don’t remember any more crawfish-catching incidents after that. I think, somewhere along the line, we must have grown up.

I didn’t remember the mud puppy incident until today, as I was sitting down to write this story– a slimy and repulsive eccentric woman, daydreaming of freedom, darting around her house, trying to find a quiet place to hide.

I hope that someday soon I am shown mercy, now that I am a crawfish in a jar. 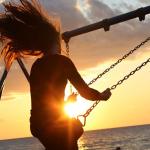 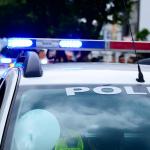 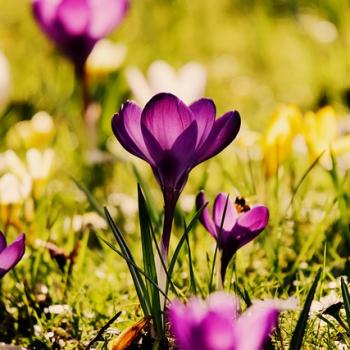