With Gratitude to my Spam Filter

With Gratitude to my Spam Filter June 14, 2019 Mary Pezzulo 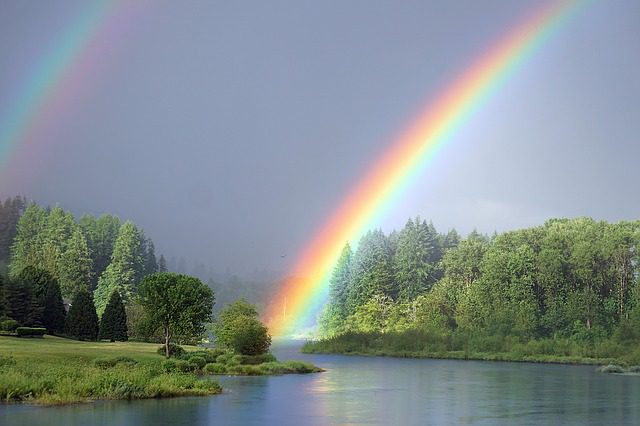 We’ve been talking about sexual abuse and harassment in the Church for quite some time now; we’ve also been discussing modesty on and off.

I’ve been raking through these comments over the past day, and looking at the ones that did make the cut. I’m irritated, because I don’t like to go into my spam comment box. That’s where all the comments about Fatima and Multi-level-Marketing tend to get buried, and I want them there for a reason. I’m also irritated because everyone is blaming our current crisis and everything else to do with sex on gay people again.

For those who don’t know, the teaching of the Church is that a homosexual desire is dis-ordered– that is, not properly ordered, like a shoulder not properly in the socket.  Our sexual desires are supposed to be ordered toward pro-creation, a man with a woman in holy matrimony, and anything else is therefore off the mark. A homosexual person him or herself is a child of God with infinite dignity, just like any other sort of human being. Having homosexual intercourse is a sin, but so is committing fornication or adultery with a member of the opposite sex. So is contracepted intercourse. So is masturbating. These acts are all equally forbidden. I’m not informing all of my readers what they must believe or else I won’t like them anymore, I’m saying, this is what my church teaches in case you didn’t know. This is what I profess as a Catholic.

But in practice, in Catholic culture, I do not see conspiracy theories and scapegoating about people who masturbate. I do not see a movement demanding that the Church crack down on anyone who acts like they want to commit adultery with a member of the opposite sex– despite the fact that they are legion. I see hysteria about gay people– specifically, lately, hysteria about a supposed secret cabal of gay men becoming priests in order to sabotage the Church. I see people who admit they’re attracted to members of the same sex treated like a disease. I see one thing on our list of “don’ts” turned into a cudgel to lambast anybody who suffers different temptations than the ones we’d like to consider normal.

I find this extremely harmful, because when people make up conspiracy theories seeking out a certain evil bogey and scapegoating them for all of their problems, they start trying to shape reality to match their expectations. So, I’ve been informed, it isn’t that ex-Bishop Bransfield is an evil, abusive, greedy man who sexually harassed underlings as part of his reign of terror in West Virginia; it’s just that ex-Bishop Bransfield is a gay man and we need to purge them from our church so we’ll be pure and holy. This blurs the distinction between sex that is morally illicit according to our faith and abuse, two very different matters– and it also takes attention off the fact that greed and abuse of power are rampant in our hierarchy whether they’re faithful to celibacy or not.  Bransfield was not, to my knowledge, seeking out a consensual sexual relationship with another bishop or someone else who was his equal; he was harassing and exposing himself to underlings in a gross imbalance of power. That’s not a problem of being attracted to men. It’s a problem of being a horrible person.

Other results are closer to home. I have often remarked that people seem to be venting all their outrage at the priestly abuse scandal on cases of priests abusing boys– and I agree, those were hideous abuses– while ignoring or downplaying abuse of girls. I have friends who were abused or raped by priests, and they’re not believed or presumed to be at fault, because they’re not the victim that fulfills everyone’s expectations. Here in the diocese of Steubenville, I have heard a disturbing amount of chatter that the teenage girl Father Foxhoven groomed and statutory raped was somehow at fault– and I’m certain they wouldn’t say the same thing if she was a boy.

And then there are the witch hunts. The young woman I heard about, here at the University, who admitted in a supposedly confidential share-and-prayer group that she was a lesbian and allegedly found herself facing a passel of special dormitory rules tailored just to her from Student Life. The woman I met myself who had slurs screamed at her in a dormitory regularly and constantly feared for her safety because people thought she might be gay. There was the way a crazy Catholic neighbor treated me when I had the gall to post an apology to my lgbtq friends on Facebook for the horrible things I saw Catholics saying about them online. She has thankfully moved now, but while she lived in the neighborhood, she would demonstrate her horror with me by deliberately turning her face away and refusing to look at me; once after church, she crashed into a table and scattered pamphlets during this performance. Once she did it while driving a sixteen-passenger van, endangering everyone else on the road.

There’s the way people react to me as a blogger, posting irrelevant comments like “The Pope didn’t approve just any kind of lifestyle, perhaps yours!” in case I happen to be That Kind of Person. The intensely creepy sometimes-deacon and his lickspittle lackey with the sock puppet account who like to screenshot me because I’m not cruel enough to gay people and therefore a heretic in their personal, questionably eccentric version of Catholicism. Hysterical right-wing lady bloggers shrieking about how “it’s sad to see people slowly lose their faith” when we suggest that maybe being cruel to lgbtq people isn’t okay.

There are the things I’ve seen my gay Catholic friends put up with, with far better graces than I would. My friend Gabriel at Mudblood Catholic,a faithful Catholic who is homosexually attracted, had a stressful time this week, supporting SNAP members as they told their stories outside the bishops’ meeting in Baltimore; then he got online to find that someone had posted a meme with rainbow Nazis in it, comparing anyone who isn’t straight to the Third Reich– this despite the fact that Nazis tortured and murdered gay people by the thousand. He’s understandably more than a little upset.

It makes me sick that, in an age where the Church hierarchy has been caught red-handed in the systemic sexual abuse of thousands of innocent people, ruining lives, driving victims to suicide and God knows what else, a friend who abused no one is the one being bullied. There are many people I could name who deserve to be traumatized right now. He’s not one of them.

I, myself, am bisexual.

Oh, was I not supposed to say that in public?

Well, here we are. My mother said it was just hormones and I’d grow out of it when I wasn’t a teenager anymore, but it turns out that adults also have hormones. I find both men and women beautiful, which is correct of me– all human beings are beautiful and I’m thankful for the grace to see that. I’m as likely to be sexually attracted to men as women, which is morally neutral because all feelings are morally neutral. It has never been Catholic teaching that a feeling is a sin. And I’ve only ever had sex with my husband, because those are my values. I am a miserable sinner constantly in need of God’s mercy as every other human being is.  I am, by the grace of God and no thanks to the peanut gallery, a practicing Catholic.

And I don’t tolerate bullies.

I’m thankful to my hyperactive Spam filter for trying to keep me from noticing bullies this time around. Maybe I’ll just leave the settings the way they are. 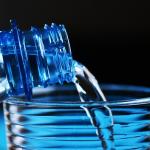 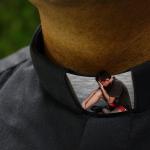 June 15, 2019 Trauma has no Timeline
Recent Comments
0 | Leave a Comment
Browse Our Archives
get the latest from
Steel Magnificat
Sign up for our newsletter
POPULAR AT PATHEOS Catholic
1