On Ribbons, Belts, and Bronx Cheers 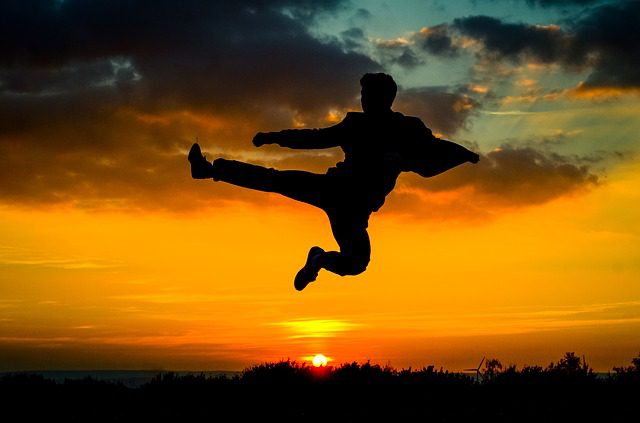 Humiliation was encouraged as a punishment at Saint Michael’s. Young men and women in the seventh and eighth grade were punished for misbehaving by being forced to take their lessons crammed into the tiny desks and chairs in the first and second grade classroom for the afternoon. If they were especially bad, they had do homework out in the hallway at a desk in front of the principal’s office, where everyone could stare as they passed by. Once, a little boy named Chip blew a Bronx Cheer on his hands for some reason. He was punished by being made to sit on a stool at the front of the classroom and blow Bronx Cheers continuously for the next thirty minutes while we tried to catch up on our arithmetic. He meekly kept it up until there was slobber running down his arm, and the teacher did not have mercy– not even when I asked how I was supposed to concentrate on my work with all the noise.

Arithmetic was my worst subject, because it scared me. I loved to read and write and I loved art; I spent every free moment and some moments when I should have been studying, drawing cartoons in my notebooks. When it was time for arithmetic I would inevitably panic and erase a wrong answer too vigorously lest anyone see. I would shred the thin workbook paper with too much erasing and end up in tears. I didn’t want to be embarrassed, and ended up being embarrassed even worse than if I’d just made a mistake. That’s not the only reason I was a mess in the second grade, but it was part of it.

The semesters at Saint Michael’s were punctuated by “award ceremonies,” where children as young as six were marched across a stage at an all-school assembly at least twice a year and presented with up to four award ribbons for “Religion, academic, effort, and conduct.” The criteria upon which the principal awarded the ribbons were never explained to anyone. I guess “academic” was calculated based on test scores, but the others were a mystery. Almost everyone somehow managed to earn one ribbon and at least half of each class got four ribbons, so the poor reprobate students who won no ribbons at all were deeply ashamed and cried. Parents were invited to the award ceremonies and some actually showed up, so students cried all the harder when they received no ribbons in front of their moms.

The semester in which the math meltdowns were particularly bad, I only received one ribbon: a white one, rewarding my prowess in “religion.”

To this day I hate math and love art. To this day, I occasionally rattle off “Religion, academic, effort, and conduct”whenever somebody says one of those words.

Yesterday, I rattled them off in front of Rosie.

“Is someone going to tell me what ‘conduct’ means?” Rosie asked.

“Conduct,” I said, “Means ‘behavior.’ Conduct is how you conduct yourself.”

Rosie began goosestepping across the kitchen, one arm bent in a salute, bellowing “CONDUCTIIIIIIING MYSEEEEEEELF.”

We all ruin our children in any number of ways, but at least she’s never been humiliated for making a farting noise or had “Religion, academic, effort, and conduct” forever impressed upon her mind through embarrassment.

Rosie and I do our homeschooling in the morning and before bed. In the late afternoons, several days a week, she goes to a free after school program downtown for socialization and enrichment. That’s where she started to learn the martial arts.

When I showed her the list of activities at the after school program, I thought Rosie would select Bible Club and art lessons, but instead she chose Bible Club and self-defense lessons. She showed such promise in her self-defense lessons that the instructor offered us a discount on his taekwondo dojo, with the option to pay for the uniform and belt in installments, so I signed her up. She learns religion and academic with me at home, and she learns effort and conduct in the dojo.

Sometimes I sit in and watch the classes. The sensei strides around barefoot in a black dobok and black belt, correcting, praising, admitting what he doesn’t know and will have to ask the judo master about. He has exacting standards but manages to communicate them with humor. On the rare occasion that children sass back or ignore him, he makes them sit on the sidelines or do squats as punishment. Then he gently tells them they’re not in trouble anymore and he likes having them in class, and they go back to sparring. No humiliation, no shaming, no Bronx Cheers.

Rosie has needed to be disciplined in class exactly once and then never again. She is one of the most attentive students there. And she doesn’t expect to get a ribbon out of it, but a belt. She’s going to get her first blue stripe very soon, even though she’s only been at this a couple of months. I see the results of this training improving her effort and conduct in other areas as well: this summer, she finally learned to ride a bike without training wheels and swim without a life vest, which she’d nearly given up on doing. She sits quietly at church. She practices ground techniques with her oversized teddy bear instead of having a fit when she’s stressed.

This fascinates me.  I was an artsy, bookish, extremely neurotic girl who was unusually bad at math. I would have killed for art lessons but never got them until college. I wore plaid uniform pinnies to a cruel parochial school for first and second grade, where I received little ribbons based on unknown criteria. I cried at the drop of a hat, because I’m neurotic but also because I knew I’d be humiliated if I disobeyed the unspoken rules. Rosie has finished first grade and is embarking on second, but she has already easily advanced to third grade in math. She has never been to a parochial school, and hasn’t put on a skirt or dress in years. She wants to be president when she grows up. She got the golden opportunity for free art lessons, and turned them down in favor of learning to fight. And that worked for her. It was just what she needed.

I’ve found that one of the most challenging things that a mother must do, is to realize that parenting a child is not parenting her own self. She’s not been given a child so she can raise herself all over again, this time with no mistakes, this time with all the things she wishes she’d had. A good half of motherhood is dying to yourself enough to put the child you once were on the back burner, and rejoice in the child you have instead, however different she is.

Then again, the other half of motherhood is resolving, whenever you have the choice, to not recreate the mistakes of the past. However Rosie is battered by life, I don’t want her battered in the ways that I was. No humiliation. No ribbon-shaming with or without explanation of the criteria in advance. Make use of resources you didn’t know you needed, such as a barefoot man in a dobok who makes children do squats.

Let her find out who she is, and help her to love and esteem that person as much as I do. 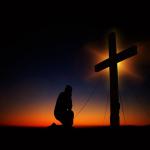 August 9, 2019
My Reaction to the Sexual Abuse Allegations at Tower of Power Church
Next Post 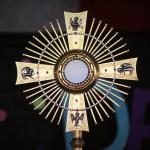