What is Spiritual Abuse? 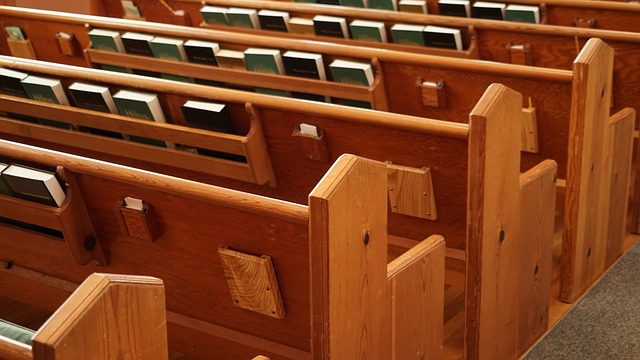 It’s now September. the time of year when I’ll start re-sharing my posts on the Satanic Panic and Halloween. And in the news we have the story of Father Reehill, the eccentric priest who banned Harry Potter because he thought the spells were real– and, of course, the news is now coming out that this is not the first time Father Reehill has acted irrationally. Concerned parents have met with the diocese about him on three separate occasions because he is allegedly emotionally abusive of students, and has driven several of them to need psychotherapy. This is in addition to the stunning corruption we’re seeing coming out of the Diocese of Buffalo, which I want to write about separately later, and in the Church in general.

I often talk about spiritual abuse on this blog. But it occurs to me that I’ve never taken an entire post just to describe the phenomenon, why it’s so damaging, and why it needs to be identified and condemned quickly and loudly whenever it occurs.

Some people, including some of my regular readers, think of all religious practice as inherently abusive. They often have good reason to think this way, based on what they’ve seen and experienced in practicing religion themselves and what they’ve witnessed happen to others. I respect those people, but I do disagree with their conclusion that all religion is abusive. I find my relationship with Christ to be a positive and healthy thing, even though my relationships with fellow Catholics have at times been abusive disasters and I do suffer from trauma because of that. I believe that non-toxic organized religion exists. That’s why spiritual abuse is so personally offensive to me. We can do better, and we must.

By “spiritual abuse,” I mean abuse that is perpetrated by a religious authority using their position as an excuse. The abuser is often a cleric, but it could also be a nun, a catechist, a youth group leader, a parent, or even just the person with the loudest set of “Charismatic Gifts” at the prayer group: anyone who is looked up to as a spiritual leader. Spiritual abuse can involve physically or sexually harming victims, but also mentally and emotionally torturing them– Father Reehill allegedly causing students such bad psychological harm that they had to get therapy is one example of that. Emotional abuse doesn’t leave physical scars, but it can destroy people’s mental health for life. It is not a small matter, and it is not something we can overlook.

Spiritual abuse is not merely a Catholic problem. It exists in every religion you can name, because there are abusive people everywhere and they always seek positions of authority so they can go on abusing. This is just a fact of life: in every community, at one point or another, there are going to be at least a few abusive people who rise to the top and take advantage of others. Abuse happens in biological families, in schools, in corporations, in internet forums,  and in faiths. The same thing is called “spiritual abuse” and is extra damaging when religious leaders do it for at least three reasons.

The first reason is simply the betrayal. You might expect abusive behavior from certain people, but not from someone you believe to be a spiritual authority. We expect them to be saints, and they usually act the part. They make great sacrifices, or say that they do, in order to bring the Good News to others. They talk about God and love of neighbor. Most people in a Catholic setting were probably brought up and catechized praising them for their unselfishness in responding to the call of God. For those people to turn out to be abusers is traumatic just in itself, because of the cognitive dissonance.

The second reason that spiritual abuse is a particularly damaging form of abuse because it affects a person’s experience of the very deepest part of themself. Nothing is closer to you than your own soul, and we’re taught as Christians that nothing is more important than our soul’s relationship with Christ. It profits us nothing if we gain the whole world and forfeit our souls.  So a person who claims to hold authority over that part of us, acting abusively, can do worse harm to our sense of well-being than just about anybody else. Of course, it’s not really possible to damage your soul because of somebody else’s sin. Only your own choices can do that. But a person can feel that their soul is damaged. They can feel that their soul is dirty and broken and unworthy. They can feel terror of going to hell for what somebody else did, if that’s what the abuser makes them believe will happen. They can find themselves separated the sacraments that brought them consolation and peace for an unjust and abusive reason, because the abuser denies them. There’s no overstating how seriously this can wound someone.

The third reason that spiritual abuse is so destructive is that most of our religious experience doesn’t just take place between two people; it takes place in a whole community. Once the abuse is found out, the cognitive dissonance isn’t just felt by the victim; it rockets through the community. And the community will often find it a lot easier to scapegoat the victim than to turn against the leader they believe to be a saint.

And those layers of trauma build up. It’s not just that you were raped, which was bad enough– it’s that you were raped by Father So-and-So whom you thought was perfectly chaste and holy, and then he convinced you it was your fault because you’re a seductive Jezebel and then the community shunned you. It’s not just that you were beaten, which was traumatic on its own. It’s that you were beaten by Sister Mary Such-and-Such whom you looked up to and wanted to impress because you thought God favored her, and she did it in front of the whole class to embarrass you and to assert her authority over everyone, and the class laughed and said you deserved it, and you believed you did.  It’s not just that you were made to feel afraid and helpless until you cracked under the pressure and developed obsessive-compulsive disorder. It’s that the person who did this was a catechist who terrorized you with her own eccentricities instead of teaching you the faith, and if you complain that what she did hurt you you’ll be called crazy and ungrateful by everyone in the community.

I don’t think that it’s possible to build a Christian community in this fallen world where spiritual abuse never happens– because it would still be a community, and communities are made of people, and some people are always going to be abusive. Abusive people are going to rise to the top and take advantage of vulnerable people. That can happen anywhere, and as long as you associate with other people in any way, you are at risk. What can be done, is that a community can commit to working to weed out abusers, calling abuse out when they see it, putting a stop to it as quickly as possible, healing the victims and valuing them as part of the community. They can understand from the beginning that abuse can happen, even in their own beloved parishes and prayer groups, even at the hands of people who have made great sacrifices for the Church, and they can teach others to do the same. They can learn about cognitive dissonance and how it can make a group lash out at a victim instead of an abuser. They can prepare strategies ahead of time to hold authority figures accountable and to provide resources for victims. And they can further commit to changing their tactics every time they find they’re ineffective– because abusers are clever. They’re not going to stay the same. They’re going to adapt. Communities have to have the humility and foresight to adapt as well. You can never assume you’re finished.

A community that won’t work against abuse becomes an abusive community. This is inevitable. There’s nowhere else to go once you’ve made the decision to cover things up, ignore them or blame the victim. It doesn’t matter how noble your motive seems to be. Whether you tell yourself you’re protecting the reputation of a good person who made a mistake, or protecting the image of your beloved church family, or suppressing a story that might turn people away from the Gospel, you’re doing evil so that good may come of it. You’re  transforming your community from a community with spiritual abusers lurking in it, to a genuinely abusive community. And at this point, I don’t have to tell you how destructive that is. Look at what has happened in Steubenville. Look at what has been done in the Diocese of Buffalo. Look what happens when people come together to coddle abusers and punish victims instead of taking a stand to make it stop.

And an abusive community is fundamentally opposed to the Gospel.

An abusive community is a betrayal of Christ.

There’s a lot more to be said, but that’s a beginning.

September 4, 2019
Fear is Not a Virtue, and Fairy Tales are Harmless
Next Post

September 10, 2019 To The Survivor Who Might Be Considering Suicide
Recent Comments
0 | Leave a Comment
"Your article, "Deer in the Basement..." was very moving. I just started reading you regularly ..."
Debby Smith Deer in the Basement: Emmanuel and ..."
"This is an excellent, personal, painful post. The priest that was instrumental in leading me ..."
Robert H. Woodman The Courtroom and the Mask
"Most women would never accuse another man of a grave grime, that's true. Nevertheless men ..."
american Franciscan University Responds to the Father ..."
"I wish I knew. I wish everyone involved in shuffling him around was on trial ..."
Mary The Courtroom and the Mask
Browse Our Archives
get the latest from
Steel Magnificat
Sign up for our newsletter
POPULAR AT PATHEOS Catholic
1