Who Killed Jesus? A Most Curious Mystery

Who Killed Jesus? A Most Curious Mystery October 24, 2019 Mary Pezzulo 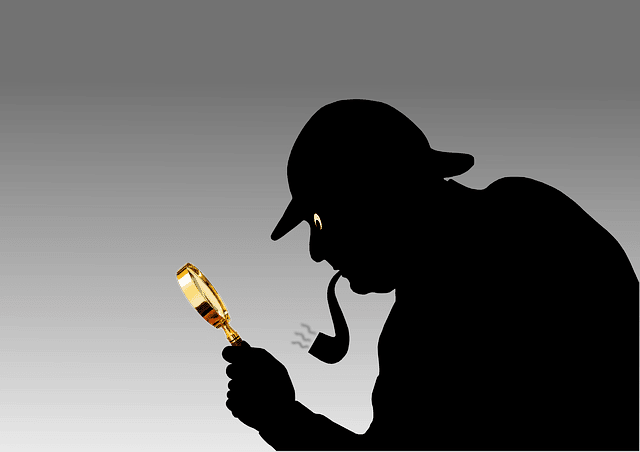 The past couple of days, I have discovered a bit of a mystery: nobody knows who to blame for the killing of Christ. Everybody wants to point the finger at somebody else, even at the expense of sounding ridiculous.

In one of my comment threads, over on the Patheos Catholic facebook page, I encountered an Italian woman who read my recent blog post and said that this was the first time that she’d heard that Jesus was killed by Italians. I reminded her that Jesus suffered under Pontius Pilate, was crucified, died and was buried, and she said that wasn’t done by Italians. A friend showed her a map of Italy with Rome marked on it, circled, but she claimed that wasn’t Italy, not at the time, Italy didn’t exist as a country until the 1800s.

Now, I am not Italian. I’m mostly Celtic with a smear of Westphalian. But I married an Italian-American man, hence my zesty surname. And that’s when I found out that Italians refer to ancient Romans as “we.” That’s the pronoun they use. I related some anecdote about the practices of ancient Roman centurions, and my bookish nerd of a husband said “yes, we did things like that” without a hint of irony. Italians view themselves as the direct descendants of ancient Rome and think of their culture as a continuation of Ancient Rome. I was told by one of my readers that the modern manhole covers in Rome still say “SPQR,” or “Senatus PopulusQue Romanus.” But when you point out that that makes Pontius Pilate Italian, they suddenly start claiming that Italy didn’t exist yet and it wasn’t their fault.

The region was called “Italia” and Octavian was already referring to Romans as “Italian people” at the time of the birth of Christ, but still. Italian people had nothing to do with the death of Jesus. They didn’t exist until the nineteenth century.

I also had a certain scholar known for his Dante interpretation inform me that actually the Romans were just in Palestine to keep order. The real murderers of Jesus, he claimed, were those treacherous Jews. I’ve heard this before, and I always thought that was a bizarre interpretation of the Gospels. The Romans oppressed the Jews in the first place. The Romans brought their torture and execution methods of scourging and crucifixion– which go an awful lot further than just “keeping order” if you ask me. If Rosie’s martial arts sensei tried to keep order in his dojo by nailing students to boards, I’d object.

In that setting, in an occupied country where “keeping order” was defined as “physical, emotional and sexual torture to death in public for the sake of terrorizing the populace,” some of the Jews decided they had to hand Jesus over to be killed to prevent a massacre. Jesus, a Jew, was their scapegoat. Jews, such as Saint Peter, tried to defend Him by hacking ears off and such. Jews ran away and claimed they didn’t know Him out of fear. Jews, such as His Mother and John the Beloved, were faithful to Him until the very end no matter what it cost. A Jew gave Him a tomb and Jews buried Him. Jewish women received the Good News of His resurrection, Jewish men disbelieved, He appeared to the Jewish men to show them it was all true. The Gospels aren’t a story of how evil Jews are. They display the whole breadth of how good and how evil human beings can be, with most of the roles played by Jews. But it was the Romans who were in charge, and it was the Romans who brought the wood and nails.

In the middle of this debate, somebody tried to tell me that it was God who killed Jesus– God the Father abandoning Jesus and pushing Him under the bus in order to satisfy His own furious anger. That bit of nonsense makes God the Father the ultimate murderer, an abusive father guilty of the worst kind of sin, and I have no patience for it.

So here we have a bit of a whodunnit. Who killed the Son of God?   Was it Romans from Italia whom we mustn’t call Italians even though Caesar did, with a technique they took from the Persians? Was it Jewish people at the behest of other Jewish people despite the pleading and struggles of still more Jewish people?  Was it God the Father Almighty, Creator of Heaven and Earth?  Was it the sparrow with his bow and arrow? Was it Professor Plum in the drawing room with a lead pipe?

That’s an easy mystery to solve, of course. I killed the Son of God. You did as well. Whatsoever we do to the least of His brethren, we do to Him. He told us that this was the case. When I neglect the poor, when I hurt my neighbor through words or deeds, when I harbor hatred and murder my neighbor in my heart, I kill Jesus. And so do you.

In addition, His own love killed the Son of God. Jesus had always determined to come dwell among us as a Man and draw our humanity up into the life of the Holy Trinity. He wanted to do this even when we fell from grace and started murdering one another, making the human experience an experience of torture, betrayal and pain. He could have come some other way, but He chose to come to us as a Man like us in all things but sin, and a helpless Man from an oppressed race in an occupied country. He meekly accepted torture and death so that everyone who suffers and dies, that is all of us, finds themselves an icon of God. You and I are an icon of God, in our suffering and death. And then He rose and ascended to His Father, in order to bring us where He is and give us all that He has. That’s what will happen to you and to me, if we wish.

I am neither Italian nor Jewish, and I killed Christ. So did Italian people and Jewish people. So did Greeks and Persians and Chinese, Native Americans, Anglo-Saxons, Celts. So did Cain and Abel. We all did. And He forgives us and would go through it all again for our sake. He was always going to come and be one with us, to drink whatever chalice we had to drink and then to give us everything that was His. He did this for me, and for every one of you reading this, on behalf of all and for each.

He even did this for Italians who conveniently forget where Rome is located.

And this is the most wonderful mystery. 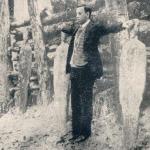