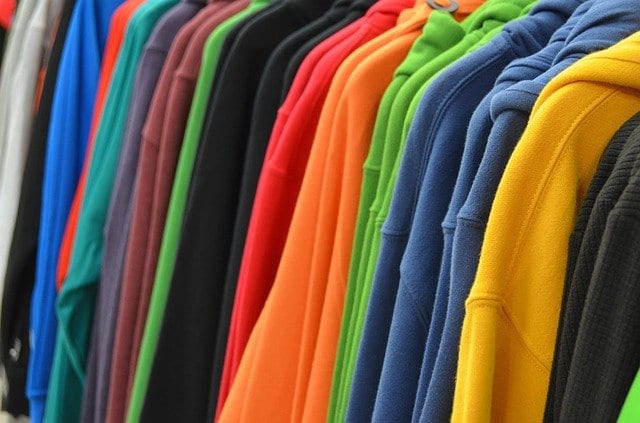 I have no idea how to be a mother.

In my case, I find myself raising a daughter without the traditional extended family to lean on for counsel and advice. The last time I spoke to my own mother was when Rosie was five months old. I have to figure things out for myself as I go along, armed with nothing but the knowledge that I love her, and that she’s not my property.

Take the pixie cut, for example. The pixie cut had been Rose’s idea. That wasn’t the way I was raised. I wasn’t allowed to choose my own haircuts as a girl– when we could afford it, my mother took me to the beauty shop, and when we couldn’t, she hacked my hair at home whenever she wanted to try something new. I went through a long phase of trying to convince her that I wasn’t faking and peroxide gave me a rash, before she stopped with the blonde highlights. I still cringe at the memory of the shock when she sat me not facing a mirror and lopped off my long curls, leaving me with an unattractive shaggy dog haircut that only went to my ears. She was so offended when that made me cry.

I wanted to raise Rosie differently than that, but I didn’t know how. So when she climbed up on the sink and gave herself a Dame Judi Dench pixie cut because she was tired of bowl cuts, I had to improvise. I didn’t have a script for this. I settled for telling her not to take scissors to any part of her body without asking first, for safety’s sake, and then complimenting her on her neatness. It really does suit her.

A short time later, I noticed that one of the children in Rose’s circle of neighborhood friends wasn’t coming over to ask to play anymore. He was the boy I’ve written about before, the one who lived at the house were there are no fireflies.

Rosie admitted that the boy had teased her when I was out of earshot. He started by teasing her when she wore something he deemed “too girly–” Rosie can’t stand the fussiness of dresses and likes to wear t-shirts with superheroes on them, but that wasn’t enough for the boy. He teased her when she wore her hot pink sweatshirt on cold days, over her t-shirt and jeans. Then, he had the gall to tease her haircut for being too boyish. She stopped playing with him and told him not to come back.

I didn’t have a script for this either. But I congratulated her on realizing he wasn’t a good friend.

I don’t know that I handled any of that well, but at least she’s wearing her hot pink sweatshirt again.

This week, a friend sent me gift cards to Wal Mart and J. C. Penney, both of which still exist at the mostly defunct Fort Steuben Mall. Rosie had outgrown her superhero t-shirts and had no warm tops for winter that fit her anymore, so she and I went to the mall to buy clothes together.

This wasn’t how I was raised. In my mother’s house, she did the clothes shopping, at least most of the time. She bought what she thought would look nice on me and hung it in my closet. When she got tired of me wearing a certain garment, she stole it from my closet, gave it to a thrift shop, and bought me something else. When I didn’t like something she bought, she berated me for not being grateful. She went into my closet before we went out and selected the outfit she wanted me to wear, and if I changed around the combination of tops and bottoms she would taunt me mercilessly for my lack of taste, my sloppiness, my eccentricity. I was far too fat, not feminine enough, a constant source of embarrassment. The part in my hair looked like the Mississippi River and I refused to learn to stand up straight and hold my stomach in.

When I got to be a teenager and started spending my babysitting money on clothes, she made fun of what I bought. I never lived down a pair of black Mary Janes I brought home to wear to a special occasion when I was sixteen.

I wanted to raise Rosie differently from this, but I didn’t know how.

This shopping trip was an experiment.

“And remember,” I said, Midwestern to the hilt. “Penney’s is a chichi place. You have to mind your manners there.”

“Is it a place only she’s can go?” Rose asked in total sincerity. She didn’t know the word “chichi.”

“No, men and women both. But it’s fancier than Wal Mart.”

We came into the store directly in front of the boys’ section.

She didn’t want to look at the boys’ shirts for more than a minute. She looked at the boys’ pajamas and selected a Fortnite-themed pair. Then she went to the girls’ section and picked out five long-sleeved t-shirts to wear under her jacket: one in green camo, one pink and blue ralgan, one with unicorns on it, one with a rainbow on it, one with a teal and purple owl. No cold shoulders, nothing too fussy or delicate. She also asked for a red and black button-down Oxford shirt, but it was too expensive and would have exhausted our gift card, so we put it back. I said we’d prioritize that the next time we had shopping money.

We paid for the clothes and went to Wal Mart.

At Wal Mart, Rosie picked out new sneakers, winter boots, a hat and gloves. We both laughed when she saw a stylized drawing of a tongue of fire on the boots’ price tag, which was meant to advertise that the boots were thermals and toasty warm, and asked if it meant they’d burst into flame.

I rung up our purchases at the self checkout. The boots rung up as “BOY BOOTS” and I scoffed.

“Silly Wal Mart,” I told Rosie, who was already pulling the tags off her sneakers so she could wear them home. “Wal Mart thinks boots are boys.”

On the way home we were happy– happy, casual, excited to show off our purchases to Michael.

That was easy. Parenting isn’t, but that particular trip was easy. I wish that, when I was growing up, my family could have known that kind of ease.

November 7, 2019
Who are the Real "Nones?" A Reply to Bishop Barron
Next Post