To Him, All Are Alive

Some Sadducees, those who deny that there is a resurrection,
came forward and put this question to Jesus, saying,

“Teacher, Moses wrote for us,
If someone’s brother dies leaving a wife but no child,
his brother must take the wife
and raise up descendants for his brother.
Now there were seven brothers;
the first married a woman but died childless.
Then the second and the third married her,
and likewise all the seven died childless.
Finally the woman also died.
Now at the resurrection whose wife will that woman be?
For all seven had been married to her.”
Jesus said to them,
“The children of this age marry and remarry;
but those who are deemed worthy to attain to the coming age
and to the resurrection of the dead
neither marry nor are given in marriage.
They can no longer die,
for they are like angels;
and they are the children of God
because they are the ones who will rise.
That the dead will rise
even Moses made known in the passage about the bush,
when he called out ‘Lord, ‘
the God of Abraham, the God of Isaac, and the God of Jacob;
and he is not God of the dead, but of the living,
for to him all are alive.”

For to Him, all are alive.

The dead are alive, even though that doesn’t make any sense, even though our experience tell us that it’s false, even though their being alive defies every nitpicking argument we can make in a debate. Being a Christian and believing what Christ says, means living in the most preposterous ghost story. It means believing in faith that none of the dead are really safely gone, and we don’t know how that will work out.

We know there is an afterlife where everybody goes. We can recite some catechetical statements about what that afterlife consists of. We can say by faith that some heroic souls are certainly in the good part of it and we can pray in hope that everyone else is not in the worst part. But in a very real way, we don’t know what’s going to happen.

The Sadducees put a question to Jesus. They asked Him about a disgraceful person. Remember that in this culture at this time, there was next to nothing more disgraceful that a woman could be than childless and a widow. That was the worst luck a woman could have, a sign of God’s disfavor. If God loved a woman, it was believed, He blessed her with sons who would care for her after her husband passed and remember her after she was dead. Sons and husbands were what women had instead of property, instead of titles, instead of security, instead of rights, instead of the expectation that they would be respected by their peers. Men had those things to be proud of. Women had husbands and sons. A woman who had neither had nothing at all.

That was why the Law demanded that a childless widow would marry her late husband’s brother: it was a place for her to go when she had nothing, and a chance for her to get a son and not be disgraced anymore.

The Sadducees told Jesus the story of a woman who was disgraced seven times over. Seven brothers married her, seven tried to do their duty and give her a son to take away her shame, and seven times her hopes were dashed. Finally, at the end of that most miserable, ignominious and contemptible life, the unhappy woman also died. At the Resurrection of the Dead, whose wife will that woman be? Whose property will that woman be? Who will get to carry the burden of that embarrassment and failure in the next life? Who gets to own that most useless woman?  If Jesus can’t tell them that, they’ll have stumped Him. They’ll have proven that there is no Resurrection.

Jesus answered with a great mystery:  the children of this age marry and remarry; but those who are deemed worthy to attain the coming age and the Resurrection of the Dead neither marry nor are given in marriage. They can no longer die, for they are like the angels; and they are the children of God, because they are the ones who will rise.

Each of us is our own self even if we are viewed as the useless property of somebody else, and each of us is alive even if we die. In that mysterious reality called the Resurrection, we will see how this all works out. But it makes no sense in this life.

We don’t know how this will work.

But we entrust ourselves in faith to the God of the Living, the God Who sees everyone as their own self because God sees rightly.

We cannot understand what will happen, but we entrust ourselves to the God Who sees everything rightly, and we put our hope in Him. 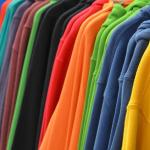 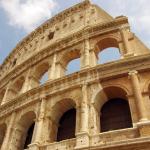 November 11, 2019 About That New Idol in the Colosseum...
Recent Comments
0 | Leave a Comment
Browse Our Archives
Follow Us!