Bransfield’s Proposed Punishment is a Slap on the Wrist 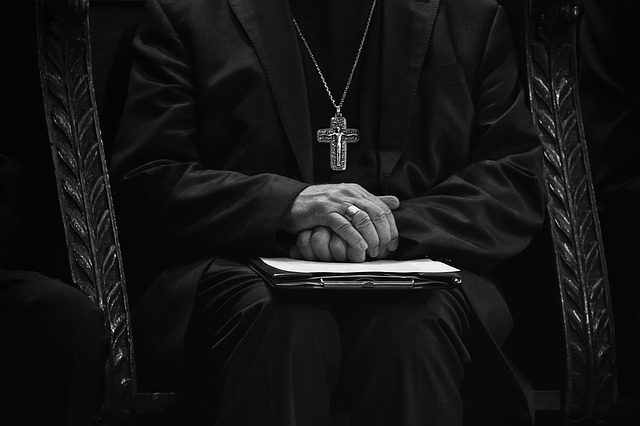 As my regular readers know, I’ve been following the news on the situation in the Diocese of Wheeling Charleston, a stone’s throw away from me in West Virginia. I’ve been commenting with my usual bluster about the retired Bishop Bransfield, whose abusive and decadent behavior are so horrific as to almost defy description– though the Washington Post has been giving it the old college try for months now.

Today, the current bishop of Wheeling-Charleston has announced some consequences for Bransfield’s misdeeds.

I take this quote from my colleague Deacon Kandra, who is himself quoting the Washington Post:

Brennan, who was named earlier this fall as bishop, on Tuesday afternoon issued a nine-point list of amends that requires Bransfield to:

He’s fired, and he doesn’t get the retirement package with funeral expenses included. He’s also been ordered to pay back $792,000 which he apparently had lying around, and which is going into a fund to pay the therapy bills for his victims. That’s the proposed punishment in a nutshell.

This for a man who spent $4.6 million on sprucing up his mansion and $100 a day on fresh cut flowers, in one of the poorest diocese in the country. This for a man who regularly chartered jets and limousines to go shopping for luxurious things out of state, never fear that the money would go to enriching any local craftsmen. This for someone who allegedly appropriated millions upon millions from a hospital by the skeeviest means imaginable, and spent at least six figures of that money on presents to friends in the Vatican. This for a licentious bully who allegedly sexually harassed his underlings.

The diocese and the USCCB, the people who enabled and protected him for thirteen years, of course, receive no punishment.

Imagine being as bad at your occupation as Bransfield has been. Imagine that your job was to protect and care for a certain group of people and you did what Bransfield did instead. Imagine being that dishonest, wasteful and abusive, taking that much that didn’t belong to you and living the high life for that long. Now, your only punishment was losing that job and your retirement package, having to say you were sorry, and having to pay back far less than a tenth of the money you took.

Of course, in reality, the situation is even more ludicrous than what I described. Because the current bishop of Wheeling Charleston isn’t compelling Bransfield to do any of those things. He’s just asking him to. As far as I can tell, Bransfield is free to say “no.” The Post notes:

Kurt Martens, a canon law professor at the Catholic University of America, said this is the only case he’s heard of involving a bishop being made to pay restitution — publicly or privately.

And you know, that’s exactly the problem. We’re so unused to bishops receiving any kind of consequence at all for their actions, that we view this slap on the wrist as justice. Even the mildest consequences sound like justice.

The WV Metro News is reporting that at his press conference, Bishop Brennan said  of Bransfield, “I’m hoping he will see the value to himself as a Christian man. He’s not the devil incarnate. He’s a brother who’s gone astray in some ways. This is a way to show he understands that.”

“I wish to make clear that it is not my intention to impoverish the former bishop,” he wrote in his letter.

And again, that’s a problem. I agree that as Christians, we shouldn’t wish for anyone to be made a beggar. That kind of suffering is something we should alleviate and not cause. But think about the question in the abstract. What would be so terrible about impoverishing bishops?

We think bishops are supposed to be rich. But what is a bishop?  A bishop is meant to be a shepherd. Do shepherds live in palaces?  No, shepherds live among sheep.

Have you ever seen a bishop living among his sheep, sharing in their poverty and suffering, humbly caring for their needs?

I must say that I haven’t.

I’ve seen bishops who think they’re princes, and I imagine you have too.  Princes live it up like this. Princes don’t care about sheep unless they get hungry for lamb chops, and then they get angry if the sheep object. Princes are properly horrified at the notion of consequences when they act up. Princes confer among each other to make sure they don’t receive appropriate justice for their misdeeds, and princes occasionally sacrifice one of their own for a slap on the wrist, in order to make it look like they care.

Why must bishops be princes?

What would go wrong if they lived the life of the average monastic instead? Or even the average parish priest?

What would happen if they WERE impoverished– if they were compelled to be shepherds instead of princes?

All I can guess is, it would lead to far fewer Bransfield-level catastrophes.

And  that would be a good thing. 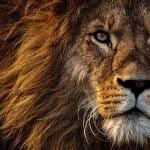