The Color of Departed Souls 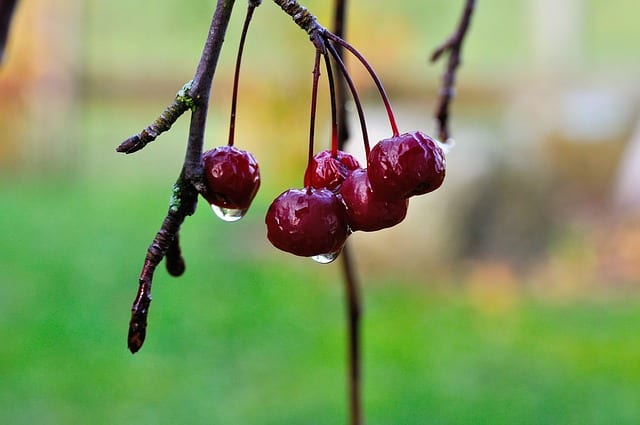 The leaves have peaked for the year, and the color is going away.

Pretty soon people will start to put up Christmas decorations, the green and bright color of real trees replaced with artificial trees and electric colored lights, which are also beautiful. People are also a part of nature. In a week or two, the world will look colorful, and won’t go totally gray until January. Right now, we are in a bit of a limbo, where the natural color is draining out and the artificial one hasn’t yet been switched on.

Right now, nature is going to sleep for the winter, and a good portion of it will die.

Fitting enough that we think of the departed souls in November– not so much the glorious souls we know to be in paradise, but the ones we’re not sure about.

Of your charity, remember to pray for the soul of my mother’s father. He wasn’t a perfect man, but he was wonderful. He was enthralled with nature. He used to take me to the city park to feed the ducks, and when the ducks at the city park weren’t hungry, he would take me to the pond at the cemetery. We would stand on the foot path or among the graves, throwing cracked corn to the waterfowl, and he would tell me their names. Wood duck. Mallard. Merganser. Black swan.

When we got back from the pond, he would putter in the garden. He was as good at gardening as he was at enjoying nature; his house was on a triple lot, which I used to imagine was the same as a real farm. My grandfather had an orchard of wizened dwarf apple trees and red and yellow plums; he also grew peaches, which he brought to our family reunions in the back of his van. They filled the whole whole trunk, perfuming the passenger seats. Once, he tried to grow cherries. He brought the fruit to the family reunion– a small harvest of soft spheres the size of shooter marbles, blacker than they were red. My grandmother tried to get me to eat them, even though I didn’t like cherries. She said they were so sweet this year, they didn’t need any sugar.  She said that the tree they came from was already dead– it had gotten sick, and Grandpa had to chop it down.

I was so little that the two ideas ran together in my head. I decided that the sickness of the tree were what made the cherries so abnormally sweet. The sweetness of fruit was a disease, and every tree that caught too much of that disease would be chopped down.

I couldn’t visit my grandfather when he was dying. I knew he was dying, that it was going slow, and that I couldn’t go and see him before he was gone. Someone texted me a photograph of him in the hospital, pale as a sheet and covered with a sterile blue blanket, with an oxygen mask on his face, and I panicked. I cried until I was sick.

I didn’t know what to do, except to write to my grandmother and tell her how much I loved her. Then I took Rosie to  the park to fly a kite, and when we got back, I got the message that he’d left us.

That was several years ago, in Spring when the trees had just come to life. Now he’s been gone a long time. Rosie does not remember him.  It’s late autumn, and the trees are falling asleep.

This is the time of the year when we remember the people who are gone– not forever, bur for all intents and purposes. Not gone from memory or the mind of God, but gone from vans, gardens, ponds, hospitals, from feeding ducks, from planting and harvesting, from cutting down trees that have gotten too sweet for this world.

Of your charity, please pray for the soul of my father’s father. He wasn’t a good man, but I’m sure that he loved me. He had a big house all overgrown with vines, with a jungle of bushes all around the front. There was a small ravine across the street, surrounded by woods, all hemmed in with respectable houses, but I liked to pretend it was wilderness. I liked to pretend I was a girl from Grimm’s folktales hiding from a witch. Then I would come inside to dinner which my grandfather cooked. He wasn’t a good cook, but he cooked the best quality ingredients money could buy. He once won an enormous charcoal grill in a raffle and he used it to cook the most expensive steaks, to boil a gigantic pot of water for lobster. He showed me how charcoal heats up, first gray-black, then red, then the very hottest color which is gray but a different shade. Gray is both the color of cold and the color of intense heat. In the middle is fiery red like autumn leaves.

After dinner, I would go swimming in his pool. My grandfather was proud of that pool, but he never once went in swimming. He didn’t like to swim. The pool was a status symbol, not something to enjoy, not for him. He liked that I enjoyed it. He liked that I enjoyed the expensive food and would fret if I didn’t clean my plate. He liked his great big house across from the ravine. He liked to take lavish vacations in tropical climates where autumn and winter never came. He used to abandon my grandmother in the great big house and go on cruises with his mistress– I didn’t find out about the mistress until much later. I only knew that he was in Singapore or Borneo or the Bahamas, and sent me postcards that said “greetings” or “ahoy” and nothing else.

He died on one of those trips.

I was shocked to see him in the coffin, back in Ohio in late November,  looking withered. His hands were mottled and wrinkled like cherry pits.

I didn’t remember him old.

The people who bought his house tore up all those vines and bushes and cut down several trees. They made it look like an ordinary house. But they kept the pool.

This is the time of the year when we remember that you can’t run from autumn and winter– that death comes even if you jet-set across the world to hide from your discomfort. That bitterness comes even if your surround yourself with the most expensive treats and cook them over coals that went from gray to red to gray.  That the house you built up for yourself will someday be somebody else’s house, and you will be under the ground. That when the Day of Wrath comes, every tree that does not bear sweet fruit will be cut down, but every tree that died producing sweet fruit will be taken up to where sweetness never ends.

And yet, it is also the time of year to remember that God is Mercy, and does not wish any of His children to be lost. We will see the souls that are gone again. Nothing that died in the Lord is lost forever; it will return to us, as the color returns.

Of your charity, remember to pray for the the souls of the dead.

The color is draining now, but it will be back. 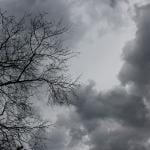 November 3, 2019
A Shocking Decoration from a Weirton Officer
Next Post 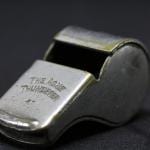