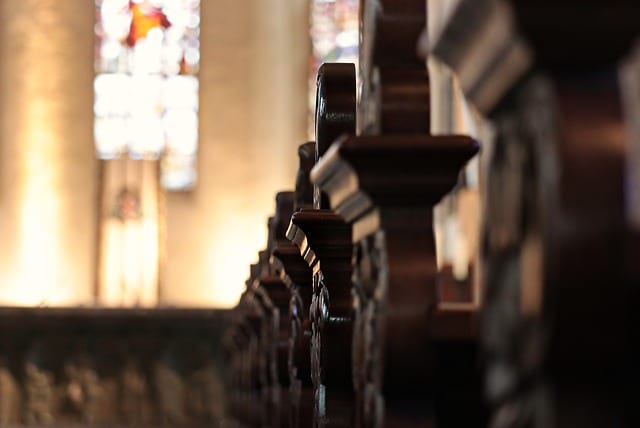 I have one more quick thing to say about the death of Alana Chen.

Well, actually two things, and not so quick. First I want to remark that I’m absolutely shocked at the number of strange people with religious images for profile pictures and Latin in their screen names who have appeared in my comment boxes, and on Twitter and Facebook, to accuse me of slander detraction and of writing a hit piece and of hating the Church. Friends of Father Nix have reached out to me in particular, to tell me I slandered him by copying and pasting what Mrs. Chen said and reacting to it. I want to address them first.

I will never understand people who think that pointing out structural sins in our parishes and in our culture and telling people they need to do better is hating the Church. If a friend I loved had taken penicillin and gotten a rash, I would warn her to go to the emergency room. If a relative I loved had burned her finger and was trying to soothe the burn with butter, I’d tell her what she was doing was dangerous. If Holy Mother Church is acting in a way that hurts the Body of Christ, we ought to point that out.

As for the notion of slander and a hit piece, I want to say that I thought it was clear from the beginning that my remarks were responding to Alana’s statements about what happened to her that she made before she died, and to her mother’s statement about what happened to her which has been shared approvingly by Alana’s siblings as well; and also to what the parishioner from Saint Thomas Aquinas who asked to not be named after she deleted her public remarks to me. I though there were enough “allegedlies” and “according to the mothers” in there that that was perfectly clear. The family says one thing, and I always choose to believe the victim and the family after a tragedy like this. Others think what they’re saying may not prove to be true, and I’ll wait for evidence of that because it sounds credible to me. Some people seem to be suggesting full-blown conspiracy theories which puzzle me.

In any case, I’ve double checked and updated my previous posts to make it absolutely clear that my remarks are a reaction to what Alana and her mother have said. I thought it was perfectly clear before, but I apologize that it wasn’t to some. If she killed herself and if Fathers Nix and Mussett and Sisters of Life and Saint Thomas Aquinas parish did what they are said to have done to destroy her mental health,  shame on them and all who shielded them, they are responsible for her death and they need to be removed from ministry. They did murder her, for all intents and purposes. Conversion therapy kills. If, on the other hand, this all turns out to be some kind of elaborate hoax, my opinion will be completely different. That’s what I meant, and I thought that was perfectly clear. I apologize if it wasn’t. I am not a journalist writing investigative pieces; I’m a blogger responding to a bereaved mother who spoke publicly and to the statements of her daughter before she died. I don’t think that should have to be said, but some people seemed to not understand.

I will go so far as to say that some people seem determined to not understand.

And I seriously doubt this will stop further heckling, but hope springs eternal.

Secondly, I want to point out a definite pattern I’ve been seeing all weekend, nearly without exception. And this is extremely important if we’re ever going to heal our Church.

When people I know to be out LGBTQ Catholics or lapsed Catholics read Alana’s story and her mother’s testimony, they immediately say that it sounds perfectly credible to them. The alleged harassment, the alleged insistence on special rules to make sure the LGBTQ person hasn’t done anything naughty in the past week, the shaming, the making people feel dirty and unlovable, the submitting someone to conversion therapy while publicly claiming that it’s not really conversion therapy, harassment after being told to stay away– that sounds exactly like real life to them. That’s comparable to what they’ve been through or seen others go through. Two different people who specifically work with LGBTQ Catholics and know over a hundred of them said this is par for the course.

Meanwhile, Catholics who are not LGBTQ look at the story and say “it doesn’t seem credible” or “it doesn’t pass the smell test” or “the mother sounds like she’s crazy” or “you’re just writing a slanderous hit piece.” They try to find other reasons that Alana broke down– maybe she was suffering from scruples. They tell me that surely, Father Nix couldn’t have subjected her to conversion therapy and Father Mussett couldn’t have ordered Alana to regular weekly confession just in case she sinned. She must have been sinning all along– though it seems that she didn’t come out of the closet until she was in the hospital after this happened, if I’ve got the timeline right. Or the priest must have meant something else. Surely, the mother must be exaggerating. Surely, Alana was lying. What they said was done to them is against the rules, and that means it didn’t happen.

I have been both people. I’ve shown up at Mass in my long skirt and scarf and been welcomed with smiles; priests have been extra careful to give me a Celiac chalice or a low-gluten Host. The music director has stopped me after Mass to ask if I’ll be in the choir. People have complimented Rosie and asked me to come again. That’s happened. I’ve also been the other kind of person, and seen the other kind of Church– the Church where the priest breaks all the rules and puts horrible restrictions on you, and you know he’s wrong to do so but it’s not as if you’ll be believed if you speak up. The Church where the congregation deliberately bullies, humiliates and excludes you because you’re a bad person and they want nothing to do with you. The Church that drives people crazy– yes, the Church that drives people to self-harm and suicidal ideation. I’ve been there. I understand why someone would end it all, because of the Catholic Church.

Believe me when I say that there are an enormous number of people who are permanently injured by the Catholic Church, and that’s something that God in His justice will demand an account for someday.

If you bring one thing away from Alana’s story and what people are saying about it, I hope it’s this: you need to believe the people who tell you they’ve seen that other Catholic Church. Even if it doesn’t mesh with your experience at all. Because it’s real. And it kills.

And, in this world or the next, those in the Church who stood idly by and let it kill are responsible. 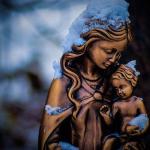 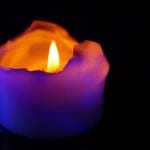 December 16, 2019 An Urgent Work of Mercy for Gaudete Week
Recent Comments
0 | Leave a Comment
Browse Our Archives
Follow Us!

The Cross: Pick It Up Daily And Follow...
And he said to all, “If anyone would come after me, let...
view all Catholic blogs
What Are Your Thoughts?leave a comment
Copyright 2008-2020, Patheos. All rights reserved.