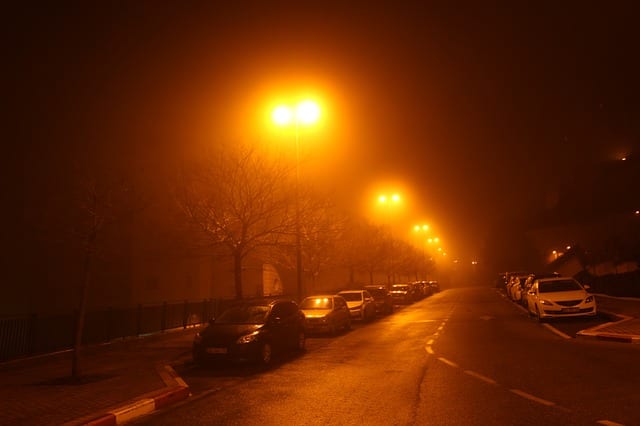 It was one of those days when everything goes wrong.

Of course, it was also Christmas eve.

Of course, we’d been out shopping on the bus yesterday, and of course we’d forgotten some vital things. And of course, the stores were all going to close early.

One of the never-ending list of symptoms of fibromyalgia is anxiety– my body is constantly cycling between fatigue, occasional pain, and anxiety. I have been having increasing anxiety for several days now. When I am anxious, it gets harder and harder to eat. Of course, fibromyalgia also lowers the metabolism and makes me sedentary much of the time, so there I was: as fat as ever, so anxious I had picked at my food for days, beginning to get fatigued and dizzy from not eating, feeling like nails were jangling in my guts.

And somebody needed to go to the store.

God is incarnate in this.

Of course, we slept in. Of course, Michael missed the noon bus. Of course there was one conflict or struggle after another and he missed this bus and that bus all day long. Meanwhile I felt horrible, dizzy, anxiety that would not be justified even if the world were coming to an end– which, of course, it always is. All things are passing.

I picked at the gluten-free Christmas cookies Rosie and I had made last night when we couldn’t sleep– she from excitement and me from anxiety. I drank coffee. I made myself swallow two more cookies without tasting them as if they were medicine.

Next thing I knew it was five o’clock, and Kroger was going to close at six, and the very last bus was going to pass my corner at five-twenty and swing by the Kroger before five-thirty. It would then travel up to the wall and arrive back at Kroger after twenty minutes. That was all the time we’d have unless someone wanted to walk home.

Michael hopped into the shower to get ready to go.

At five-twelve, I heard a crash and realized our dollar store shower curtain had fallen into the shower again.

I grabbed my purse and shoes and told Rosie to tell Michael I’d gone to the store in his place, and I ran out to get the bus.

Outside it was foggy. Steubenville is often foggy, but usually the fog rolls in at about three in the morning and stays til a little after dawn. I see it when I can’t sleep at night, from the anxiety. It rarely stays all day and into night, but it did on Christmas eve.

I like fog, when I’m not trying to get anywhere. I like how the street lamps play with my astigmatism in the fog, looking like hexagons. I admire how porch lights emanate rays like stars. I wonder at the water tower, the closest thing LaBelle has to a skyscraper, with its one red light on top– Michael pointed out that eventually, the tower disappears until all you can see is an odd red star. That star would lead any unwise mage to the LaBelle neighborhood: notorious, poor, ugly, and overrun with the boldest stray cats. Nothing good can come out of LaBelle. It’s like Bethlehem that way.

I sprinted to the self-checkouts only to find them closed, and panicked. “I’m going to miss the bus!” I shouted, cramming my way into another line.

I checked out, muttering to myself. “Thank God it’s only once a year.”

The clerk sent to man the door automatic door had to pry it open manually to let me out. “We’re closed! Merry Christmas!” she was saying to everyone who came a moment too late. People wandered away from the locked door like the foolish virgins in the parable, though I don’t think those virgins remembered to reply “Merry Christmas” as they went out into the darkness where there was wailing and gnashing of teeth.

I gazed through the fog at the red and white hexagons zipping by, my stomach jangling with a sensation like shattered potsherds, praying that I hadn’t missed the bus.

A lady I didn’t know walked up to me. “Did you miss the bus? I heard you panic in the checkout. Do you want a ride home?”

Next thing I knew, she was bundling me into her mini van.

“I didn’t have anything to buy today, jest felt like going out. Jest felt like I should go to Krogers. It must’ve been a Divine Appointment.”

“Everything is,” I said gravely, gratefully. “That’s how I ended up trapped in Steubenville.”

I got home just in time to bathe and throw on my church clothes. Then our ride was there.

We drove through the fog, with Christmas lights barely visible on the faraway houses lining the street. Then we were at the Children’s Mass and the angel Gabriel was saying “be not afraid” to all of us through the Gospel, though I was still afraid.

The good thing about things that are real, is that you don’t have to feel them right away. It’s all right to be afraid, when there’s really nothing to fear. It’s safe to be anxious when you are surrounded by angels and in the presence of Christ. It will melt away, like fog.

I sang along with the hymns and shuffled to Holy Communion.

I went home, not exactly cured, but better.

I put stew in the pressure cooker for a late meal. I think I can eat a late meal now.

There is something almost bearable about anxiety, when you remember that Christ is incarnate in you, making nothing but an anxious, fretting infant in the arms of Mary and Joseph in the dark of a holy night.

Around me, outside the house, there was fog, and there were hexagons of light. Somewhere above, the stars guiding the way. Here at hand, the angels who are still proclaiming that endless Gloria– someday we will all hear them again. It’s all right if you can’t right now.

Christ is incarnate in me and you, in our earthly journey.

Christ is incarnate in the crib, in Bethlehem and in LaBelle, on a foggy night where everything goes wrong and we are sore afraid.

Be not afraid, the angel says, and he says it to us.

O come, let us adore Him. 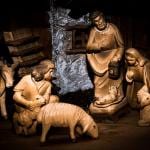 December 24, 2019
Emmanuel in the Cold and the Dark
Next Post 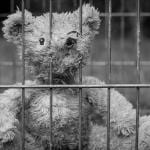