Blackbird, Regnum Christi, and the Legacy of Spiritual Abuse 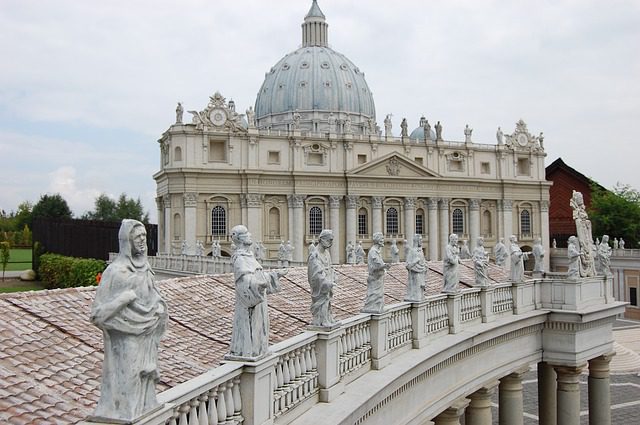 Shortly before Christmas, I wrote a little about the Legionaries of Christ’s new report, coming clean about some of the abuse they’ve committed over the years since their inception by the pedophile Marcial Maciel. I wrote about my experiences in the diocese of Columbus in the late nineties and early oughts, where the Legionaries were officially not allowed to be– but where their lay branch, Regnum Christi, ran meetings of their children’s branch, ECYD, with impunity. I spoke about the spiritual abuse those groups committed, catechizing us with heresy and sending my more popular peers on horrendously dangerous “mission trips” to rural Mexico and eventually abusing some of them in their boarding school. I talked about the “Consecrated Women” of Regnum Christi who led many of the meetings and caused so much suffering.

One of my commentators mentioned to me that one of the star consecrated women of Regnum Christi, Elena Sada, had eventually escaped and written a memoir about rebuilding her life. I was surprised. I knew of Elena by name– she was not the consecrated woman named Elena who came to Columbus, whom I mentioned in my piece; she was another Elena, a celebrity among Regnum Christi’s consecrated women. I couldn’t believe she’d left.

I bought her memoir, “Blackbird,” right away with my Christmas money and read it all within twenty-four hours. I couldn’t put it down. I do recommend that all my readers give it a look, but be warned that it will make you furious.

Sada describes the constant surveillance the consecrated women were under, the way they were kept from forming relationships with one another or even talking to each other in the dormitories; the absolute regulation of all of their day-to-day activities; the way they were encouraged to shame and tattle on one another. She reveals that consecrated men and women in Regnum Christi take a fourth vow in addition to the expected vows of poverty, chastity and obedience– after they take those three vows, they are taken aside in private and made to vow never to criticize a superior in any way. Some consecrated men and women were made to take these vows, in secret, at the age of sixteen. She talks about how members of Regnum Christi were made to lie to protect the Legionaries of Christ and above all, to protect Father Maciel. Consecrated persons who claimed they saw Maciel doing something wrong were accused of hallucinating and sent away to “rest.”

RC was a cult, or at least, had all the cult elements: leadership that commits crimes, is adored, cannot be criticized, and has no accountability; a caste system where the leader is at the very top of the pyramid and is untouchable; a structure with informants or spies, and that forbids communication between subjects, and between these and their families; a culture where the leader undermines other systems, including one’s own family, and uses guilt for control; and protocols that ration sleep, nourishment, and rest.

I am so angry.

Am I angry with Elena Sada for all the harm she did to other young men and women as someone in the elite upper crust of Regnum Christi? Well, yes. I can’t imagine the sheer number of people who were ruined with her involvement. I resent that she had such a comparatively easy time starting over after she left, and that she got to tell her story when so many didn’t. Many of the girls she duped were destroyed for life, and didn’t ever get to tell their stories. I know some of them.

On the other hand, she herself was absolutely a victim. No nineteen-year-old is mature enough to take vows, let alone one who’s been brainwashed for several years first. Elena was also a victim of Maciel, in a different way, as surely as he victimized other young women and men sexually. She was his slave, so unquestioningly obedient that she wore a cilice garter around her thigh daily until it formed a permanent scar– because Father Maciel had given it to her as a penance, because she sometimes woke up feeling sexually aroused. That’s not the action of someone who is free to make her own choices. That’s someone who was exploited and abused until she believed she deserved it.

Am I angry with the people I knew growing up who were involved in Regnum Christi, the parents who willingly sacrificed their daughters and sons to the cult? The ones who signed off on sending them on dangerous “mission trips” and to the pre-candidacy school, and my own parents who only insisted I go to weekly meetings? Yes, I am. They ought to have known better.  I’m angry that the moment our equally cult-like spiritually abusive Charismatic community collapsed, I got shuffled into what Elena Sada herself admits is a cult. I’m angry that they didn’t listen when I tried to tell them it was like a cult. That never should have happened. Eventually, the pressure took effect and I started going to meetings because I felt I ought to, on my own volition, but it started with them forcing me. I can’t imagine the person I would have become if they hadn’t felt the need to do that.

I am the farthest person imaginable from the epicenter of the spiritual abuse. I was in many ways just a bystander. I wasn’t shuffled off to a boarding school or even allowed to be incorporated into Regnum Christi. I was in the awkward position of being the unattractive and neurotic teenager who was refused entry into a cult most of the girls I knew ended up joining or at least participating in regularly, after being told for years that being included in Regnum Christi was necessary for my salvation. That was not nearly as bad as what others suffered, but it was traumatic just the same. And I am angry.

On the other hand, weren’t my parents, and the other parents in Regnum Christi, just looking for a community? Isn’t that something it’s perfectly normal to want? Don’t we all want to be part of a community, not going it on our own but living as a family with other believers? Don’t I long for that myself? Haven’t I also joined parishes and all kinds of groups here in Steubenville, always with disastrous results, because I hoped against hope that it would be a community and a spiritual family for me? Of course I have. A family, not just a nuclear family but a network of people to be your extended family, is something we all want. It’s supposed to be part of our religious experience. We suffer when we don’t have it, not because we’re weak, but because community is a real need.

If I ever see them again, I hope to tell my parents I understand why they did that. I don’t excuse, but I understand. They wanted our family to be part of a spiritual family, and that’s a normal thing to want. We ought to have had it. We were victims.

If you’ve never been involved in a cult, please be patient. If you’ve never, yourself, been spiritually abused, please try to empathize. People who join cults or get pushed into them– including people who allow cults to hurt their children– do so for understandable reasons. They’re seeking things that everyone needs: family, community, a sense of safety. And then things get out of hand.

It was the Church that failed us.

People inform me that I hate the Church, because I speak out against spiritual abuse. But if I really hated the Church, I’d just leave her alone to destroy herself. She’s doing a good job of that. Sometimes I feel a great deal of anger toward her, but in another way I can’t hate her. I am a part of her– you and I, the baptized, are the Body of Christ. We are the Catholic Church. And I have to speak out when I see members of that Body going rogue and ripping off pieces of Christ’s flesh, claiming they’re doing it in His name. This is not a comfortable position for me to be in. I have very loving and well-intentioned non-religious friends who tell me I’m hurting myself and ought to leave the Church entirely; I also have well-meaning Catholics in my life who treat me like I’ve already become an apostate. But I have to tell the truth to anyone who will listen. And so I’ll say it again: the Church failed us. And she continues to fail us.

John Paul the Second was, at best, a gullible dupe who refused to be reasoned with. He, perhaps because of his traumatic young life in communist Eastern Europe, couldn’t or wouldn’t see what was happening around him and thought he was doing the right thing somehow. I loved him, I mourned when he was gone, I prayed for his canonization. I cheered when the usual waiting period was waived.  When the truth of what he’d covered up and ignored was made known, I felt like I’d been betrayed by a father and now I feel that his feast day ought to be struck from the calendar. Benedict, whom I love, didn’t go far enough because he didn’t shut the entire fake order down when he had the chance and that is his great shame. Pope Francis, whom I love, hasn’t shut it down either. It still exists, and this is baffling to me. You can’t “reform” a religious order that was founded by a Maciel. Religious orders are reformed by returning to the charism of their founders. Franciscans reform by becoming more like the beloved Poor Man of Assisi. Dominicans reform by returning to the charism of their father Dominic. Who are the Legionaries of Christ and Regnum Christi supposed to return to? They don’t have a father. What they had was a pimp who trafficked them and they’ll never be anything more than that. The Church is not helping them to heal by letting them pretend to be a real religious order.

Still, I’m glad that Elena escaped. I’m glad I was shown the door and didn’t have to escape in the first place, as painful as that was. I am glad that the truth is being made known now.

I’m glad of those things. And I’m angry. And I’m dreadfully sad, embarrassed and frustrated at the same time.

I think that’s what all Catholics should be right now, honestly. We ought to be feeling one another’s pain and humiliation, and working from there. We are one Body, after all. We’re supposed to suffer with one another.

That would be a start.

January 5, 2020
Some Things Pro-Life Christians Need To Know About Iran
Next Post 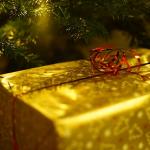 January 7, 2020 The Gifts I Got This Christmas
Recent Comments
0 | Leave a Comment
Browse Our Archives
Related posts from Steel Magnificat 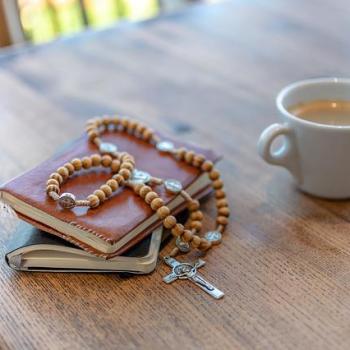 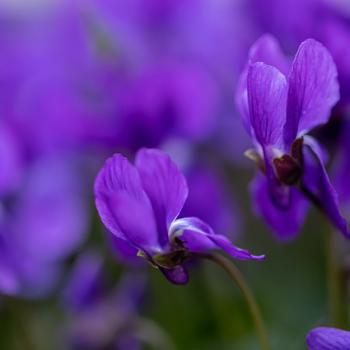