A Prayer Under a Blood-Red Sky

A Prayer Under a Blood-Red Sky January 3, 2020 Mary Pezzulo 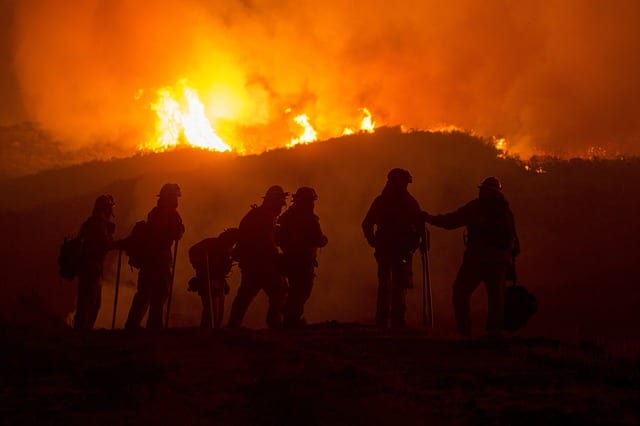 It has not been a good year, so far.

Australia is burning, and has been all week. They say half a billion animals have been killed, and at least eight people. My friend from Australia says it’s not just climate change to blame, though of course that’s one of the reasons– it’s also the horrible soil and water management and the fact that they’ve scaled back fire prevention practices. Not just one man-made cause but several, according to him. I don’t doubt it.

I keep seeing photos of people fleeing to the beaches, huddling on the coast waiting for rescue as the skies glow blood red.

There is nothing that is not terrifying about this– having grown up an Apparition Chaser, I find it especially so. It’s bringing back all kinds of childhood panic.

It’s always a bit of a puzzle to me, how the people who are fascinated by eschatology and just sure the Great Chastisement is coming to destroy the wicked are so often the people who refuse to believe in man-made climate change or any other form of environmental destruction. They believe something like this is going to happen; they’re almost excited to get it over with. They can accept that when it happens, it will be God smacking the ground from above, to punish people for sin. He won’t be punishing them for their sins, of course; their sins aren’t that kind. He will punish other people who sin differently. Gay people, perhaps, or pagans, or people who get divorced. Bad people, not them. They will be saved because they pray the Rosary and know not to open their windows during the Three Days of Darkness.

It is impossible for them to fathom that something like this could happen merely because human beings are greedy and too lazy to stop environmental destruction before it’s too late. Not a spanking from an angry God; just the natural consequence of too many humans not doing the right thing for too long. Not a punishment for somebody else’s juicy and scandalous indiscretion, but the natural consequences of something they could see themselves doing. Not something they can protect themselves from by being pious but something that’s just going to happen, to anyone who happens to be in its path.

I tried to start homeschooling with Rosie again yesterday– we’re going to take Epiphany off, but I wanted to do some school work for the end of this week. We’re slow to start. I’ve been bribing her to do school work with television– half a page of arithmetic and you can watch another episode of MasterChef on Hulu. Finish this phonics page and we’ll watch the episode after that. Let’s see if we can finish another season of MasterChef before Epiphany when we’re really and truly going to end Christmas break. Put away your toys and we’ll watch another episode. And so on all day.

In between episodes of that most obnoxious American cooking competition, was when I noticed something about an assassination in the Middle East being shared on Twitter.

I scrolled around, taking in that bizarre juxtaposition that Facebook and Twitter have made ubiquitous in our lives: here, a photo of the Australian inferno. Here, my friend taking a selfie in a beautiful scarf. Here, another friend’s child peacefully snuggling with a pet. Here, a meme with an atrocious pun. Here, somebody else tweeting about an American act of war and how World War Three was suddenly immanent. And then another photo of the wildfires.

You see, we might just have started World War Three. World War Three has been smoldering for quite some time, probably as long as I’ve been alive. But the United States government just arguably made it a thousand times more likely by murdering a revered and powerful Iranian military official, not in Iran but at a Baghdad airport.

I can’t find anyone with anything nice to say about the man who was killed, Qasem Soleimani, or at least not any American. He was a cold-blooded killer. The people of Iran loved him and Americans had every reason not to. But in picking him off at the airport with no warning and without a declaration of war, we are also cold-blooded killers. As I feel I’ve said so often in the past four years, America is a democracy. What our government does is done in our name. You and I murdered a murderer and we just might have escalated an already horrible situation into a full-blown war. No one thinks this was a light thing– not even the people applauding the assassination. Everyone thinks it’s a war.

Troops are already being moved into place.

Rumor has it that Trump ordered this from the golf course– at least, he seems to have spent several hours on the golf course yesterday, and we were told not to expect a statement from the White House all night. The president did take a minute to tweet a stock picture of the American flag with no explanation– a more lucid statement than some we’ve gotten from him. Old Glory is a symbol for war and bloodshed all over the world, after all.

Rosie wanted her promised television, so that was all the news I saw at first. We watched quarrelsome, telegenic people prepare rack of lamb and a really stunning fish and chips; Chef Ramsay praised good dishes and declaimed bad ones with his trademark carefully-censored profanity. Then Rosie went upstairs for her bath– another failure at an early bedtime for getting back to school. She is a night owl like me.

The whole time I watched television, I was trying not to swear in front of Rosie or say anything that would scare her, trying not to mutter aloud that the darling of the pro-life movement just started World War Three from a golf course– and all without ending abortion. I don’t have a studio of television editors to bleep out my exclamations of frustration and terror. I have to do it myself, and I’m not good at this. Swearing of all kinds was absolutely forbidden in my house growing up, but I’ve changed a lot since I left home.

A continent is on fire, the sky has turned to blood, there are wars and rumors of wars, I am afraid for my family’s safety, and it’s all so dreadfully banal, so simple. It’s not God punishing the earth because someone had the wrong kind of sex. God is weeping with us while greedy and foolish people do whatever they see fit.

I started texting with a friend and blurted out “Jesus,” and then tried to cover for it by saying I was actually praying, but she knew better.

“These days, it’s always equal parts a prayer and a swear,” she said.

I hope He has always heard all of our terrified interjections, no matter how vulgar or irreverent, as if they are prayers.

I have come to believe that to profess Christianity is to profess that this life is just one great, noisy, grossly imperfect litany– crying out “Jesus,” sometimes as a prayer and sometimes something else, not even knowing yourself half the time whether you’re praying. And one day, He will respond, and it will not be in fire or war, chastisement or the sky going red. War, chastisement, the destruction of nature– these are human things.

God is Something else entirely.

Jesus, make it stop. Make it all stop. Make the sky the right color and make the fire go away; make the war go away; make evil men who start wars go away. Give me some magic words to say, some penance to perform, that will make me the right kind of person who can make it go away. But that isn’t really what God is.

I bind unto myself today
the virtues of the starlit heaven,
the glorious sun’s life-giving ray,
the whiteness of the moon at even,
the flashing of the lightning free,
the whirling wind’s tempestuous shocks,
the stable earth, the deep salt sea
around the old eternal rocks.

My childhood couldn’t have prepared me for this dreadful realization: God is not the punishing hand, nor the talisman that exempts you from suffering. God stands with us, bearing our fear and pain, prompting us to do what good we can no matter how bad the situation gets and strengthening us for that battle. That was something I found out after I grew up.

And I don’t know what will happen next. 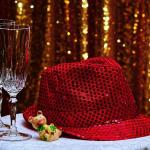 January 4, 2020 A Catholic Response to Trump's Iran Threat
Recent Comments
0 | Leave a Comment
Browse Our Archives
get the latest from
Steel Magnificat
Sign up for our newsletter
POPULAR AT PATHEOS Catholic
1