I want to say a few words about the president of the United State’s recent threat to the nation of Iran. You may recall that when the president ordered an assassination on a high-ranking Iranian official a few days ago, he didn’t make a statement at all, but just tweeted an American flag. Today, he’s making up for his silence in spades.

Today, on Twitter, the president threatened Iran in a series of three tweets which I copy and paste here in their entirety:

Iran is talking very boldly about targeting certain USA assets as revenge for our ridding the world of their terrorist leader who had just killed an American, & badly wounded many others, not to mention all of the people he had killed over his lifetime, including recently hundreds of Iranian protesters. He was already attacking our Embassy, and preparing for additional hits in other locations. Iran has been nothing but problems for many years. Let this serve as a WARNING that if Iran strikes any Americans, or American assets, we have targeted 52 Iranian sites (representing the 52 American hostages taken by Iran many years ago), some at a very high level & important to Iran & the Iranian culture, and those targets, and Iran itself, WILL BE HIT VERY FAST AND VERY HARD. The USA wants no more threats!

I’m going to leave aside the issue of a president using Twitter for such purposes in the first place, especially since the president of Iran has also been tweeting and promising vengeance himself. That’s apparently just what countries do now. I’m sure Roosevelt’s fireside chats would have seemed strange to the generation before him as well.

I’m also going to leave aside the moral issue of the assassination of Qassem Soleimani, not because I have no opinion but because I gave it yesterday. I’m also not going to address any of the very weird lines of argument popping up all over the internet, which essentially say that if you object to war with Iran you must think that the Iranian government is perfectly fine, because that’s nonsense. I don’t think many people outside of Iran’s leadership think Iran is led by good people. I certainly don’t. And I know I have readers from a variety of religions here, but I’m speaking primarily to the Catholics right now about what Catholics must believe and do or refuse to do.

I am frequently told, by certain Catholic factions and a certain priest not in good standing, that Donald Trump is “the most pro-life president in recent history” or words to that effect, and that it would be wrong to speak a word against him. And tonight, I am keen to just take this boast he’s made and try to line it up with Catholic just war doctrine.

For those who need a reminder, the Catechism states:

All citizens and all governments are obliged to work for the avoidance of war.
However, “as long as the danger of war persists and there is no international authority with the necessary competence and power, governments cannot be denied the right of lawful self-defense, once all peace efforts have failed.”

The strict conditions for legitimate defense by military force require rigorous consideration. the gravity of such a decision makes it subject to rigorous conditions of moral legitimacy. At one and the same time:
– the damage inflicted by the aggressor on the nation or community of nations must be lasting, grave, and certain;
– all other means of putting an end to it must have been shown to be impractical or ineffective;
– there must be serious prospects of success;
– the use of arms must not produce evils and disorders graver than the evil to be eliminated. the power of modem means of destruction weighs very heavily in evaluating this condition.

These are the traditional elements enumerated in what is called the “just war” doctrine.
The evaluation of these conditions for moral legitimacy belongs to the prudential judgment of those who have responsibility for the common good.

It further goes on to say:

The Church and human reason both assert the permanent validity of the moral law during armed conflict. “The mere fact that war has regrettably broken out does not mean that everything becomes licit between the warring parties.”

Non-combatants, wounded soldiers, and prisoners must be respected and treated humanely.
Actions deliberately contrary to the law of nations and to its universal principles are crimes, as are the orders that command such actions. Blind obedience does not suffice to excuse those who carry them out. Thus the extermination of a people, nation, or ethnic minority must be condemned as a mortal sin. One is morally bound to resist orders that command genocide.

“Every act of war directed to the indiscriminate destruction of whole cities or vast areas with their inhabitants is a crime against God and man, which merits firm and unequivocal condemnation.” A danger of modern warfare is that it provides the opportunity to those who possess modern scientific weapons especially atomic, biological, or chemical weapons – to commit such crimes.

In brief, then, Catholics are required to work to prevent wars in any way they can. That’s Rule One. If, however, all else has failed and there’s a war going on anyway, “governments cannot be denied the right of lawful self-defense.” Listen to what a guarded and qualified statement that is. It isn’t “in that case, they are welcome to bomb them back to the stone age” it’s “governments cannot be denied the right of lawful self-defense.” There’s really never a situation where we get to be excited and cavalier about war as if it’s an honorable thing (sorry, C. S. Lewis). War is always a tragedy and a sign that humanity has failed, but sometimes it happens anyway and then governments can’t be denied the right to defend themselves, lawfully. That’s what you’re sometimes allowed to do if you must: not commit some atrocities of your own, but defend yourself lawfully.

A just and lawful act of defense must meet not one, two or three, but ALL of the following conditions: 1) the damage being inflicted on you must be “lasting, grave, and certain,” and that refers to the killing of actual humans there, not embarrassing your country or messing up a trade deal. People are more important than saving face or than economic interest, and that’s absolute: one human life is more important than a whole economy or a very big national embarrassment.  2) All other means must be shown to be impractical or ineffective. That means you’re absolutely sure you can’t just build the Great Wall of China or say you’re sorry or try another peace talk, they’re already flying their bombers to blitz you, it’s too late to do anything else but fight. 3) There must be serious prospects of success. You have to have real reason to believe that fighting back will actually protect someone. No courageous last stands that slaughter your whole army as a matter of principle, you have to think you can win. 4) The use of arms MUST NOT produce evil that is graver than the threat you’re trying to eliminate. You can’t bring a gun to knife fight, you can’t drop a thousand bombs on a country that’s only marching a small army toward you with ordinary guns, you can’t massacre their people for killing one of yours.

And, on top of all of this, even if the war you’re fighting in was a just war when you started: you have to respect non-combatants, prisoners and the wounded. Directly targeting any of them is a sin. It is a sin to commit genocide even if you’re a soldier just following orders. And it is gravely wrong to indiscriminately target “vast areas with their inhabitants.”

The president has threatened that if Iran strikes ANY American targets whatsoever, he’s going to destroy fifty-two Iranian targets including cherished cultural sites. With his usual eloquence, he assures us that these strikes will be “very fast and very hard.” None of those slow and soft missile strikes for Iran. I hope and pray he doesn’t actually do this, but that is the war tactic that our president is threatening if Iran takes any kind of vengeance for the assassination that the president ordered in the first place.

Whether the damage Iran inflicts will be lasting, grave, and certain depends upon what they choose to do– if they’re just shooting  our drones out of the sky and costing us a lot of money, it’s not. If, God forbid, they assassinate some Americans, that is. Remember: human lives are more important than economics, full stop.

Whether or not we’ve exhausted all peace efforts in the first place seems a bit academic at this point, since Soleimani is already dead and we did that.

Whether this will be effective in preventing an attack seems to be pretty obvious. The president is describing what he plans to do after the fact, if Iran retaliates against the United States. This is what’s going to happen after they hurt us. It’s not an act of defense whatsoever; it’s a planned massive show of destruction in vengeance. Vengeance is not defense, so it’s not a legitimate reason to act with deadly force. It’s not a part of Just War Doctrine. It’s murder, and it’s not allowed.

And then there’s the matter of “evils and disorders greater than the evil to be eliminated.” The president has promised fifty-two “very fast and very hard” acts of vengeance against Iran if they attack America in any way whatsoever. Fifty-two Iranian sites for one or two or seventeen attacks on America. Obviously, this is grossly disproportionate and barbaric. There is no way a Catholic, or anyone else of goodwill, can defend it. It’s butchery.

And then there’s the matter of genocide. Remember, the Catechism says genocide is always grave sin. Even if the conflict you got into was just in the first place (which this doesn’t seem to be) and even if what you’re doing is proportionate to what’s being done to you (which it’s not), you cannot target non-combatants and you cannot commit genocide. The president is promising to destroy Iranian cultural sites. Which sites, he doesn’t say, but that doesn’t refer to military bases; it sounds like monuments, mosques or museums, maybe even whole cities for all I know. It’s definitely targeting non-combatants. And it’s directly, purposefully striking not Iran’s military might but its culture. Wiping out massive numbers of civilians in an attempt to destroy a culture is textbook genocide.

There is absolutely no way a Catholic can stand by and let his government’s leader mouth off like this. He’s threatening the gravest of sins. We as Catholics are obliged– not suggested but obliged– to work against this very thing, even if all we can do is speak out to anyone who will listen as I’m trying to do.

Humoring or supporting him in it would be a sin. 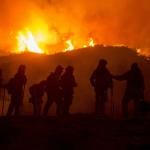