Violence, Gaslighting and Flying Monkeys: How Abusers Manipulate their Communities 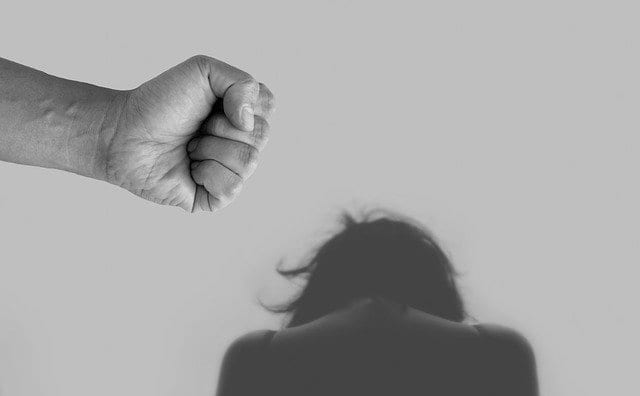 I want to say a few words about gaslighting, and about how abusive people manipulate their communities.

The other day on Facebook, I met a woman who has been the victim of some extreme domestic violence. For the record she’s not the same domestic violence survivor as the one we all helped with a gift registry in December; this is a new friend of mine. She’s told her own story publicly for the very first time this week. It’s extremely graphic and horrifying, and she promises there’s a lot more that she’s left unsaid which she’ll reveal later. But what there is now is terrible enough. You can see it yourself on facebook, complete with a picture of her burned arm.

Next thing I knew, after I’d read and shared this woman’s story and expressed my support, two things happened. First of all, people who knew the victim got on the thread confirming her story and saying they knew what she had been through and that it was all true. I am already friends with one of them so I asked about the case privately and the friend told me she’d supported the victim for a long time, and the victim was telling the truth. The next thing that happened, was that a couple of facebook accounts started messaging the people who had shown their support, claiming she was mentally ill and lying for attention. I fully expect they will contact me and try to tell me the same story as soon as I hit “publish” here, of course, which is why I’m going to close comments this evening. I’ve been told that several friends of this woman’s ex message people to discredit the victim all the time.

No, I didn’t know this woman before this week. So, no, I can’t be 100% sure which side is lying. But of the two sides of this story: one side had a photograph, and a detailed and articulately-written account confirmed by friends; she posted it using only her first and middle name and did not reveal her alleged abuser’s name or the location in which this happened at all. The people claiming she was just doing it for attention, on the other hand, felt the need to put their oar in and cruelly discredit someone who was speaking more or less anonymously, and they revealed her full name. I know who sounds credible and who sounds like a bully in that situation. If people who haven’t been manipulated by an abuser know a mentally ill woman who is ranting on facebook, I don’t think they would respond by attacking that woman, revealing her identity and saying horrible things about her. That’s the action of an abusive community, not a concerned friend.

The next thing that the victim revealed, about twenty-four hours later, was the text messages she was getting. Even though she’s safely away in a different city– no, I don’t know what city she’s in and I wouldn’t tell you if I did– her (alleged) abuser seems to be an expert at stalking her and seems to have sent her some horrific messages. And he also was apparently stalking her friends and texting them. She posted screenshots of the messages side by side: her ex telling her friends that she would post fake pictures of messages and that he had a feeling that she was going to commit suicide, right next to him contacting her and telling her to kill herself in order to avoid what was going to happen next. The messages were calling her crazy and telling her friend she was crazy while the victim and her friend calmly responded. You can see those texts here, if you don’t mind some extremely disturbing language and threats.

The next thing the victim posted was photographs of her hospital records. She said that her abuser often tried to discredit her by claiming there was no medical evidence that she was abused– when, in fact, she readily produced two different hospital records detailing the the doctor’s opinion that she was a victim of intimate partner violence.

Now, why am I drawing your attention to this terrible story? I am doing so because I think it’s a textbook example of gaslighting, and of how abusers manipulate their communities. These are two things that everyone has to understand, so that we can be good allies when someone we know has been abused instead of making it worse.

“Gaslighting” is one of those terms that is used so often and so casually it’s begun to sound ridiculous– but it’s actually a serious and dangerous behavior we all need to know to look out for. The name “Gaslighting” comes from a suspense movie called Gaslight which illustrates the abusive behavior perfectly. An abusive person will often try to assert power over his or her victim by convincing them that they are out of their minds and can’t be trusted to remember what really happened. Some abusers will go very far with this deception, claiming their victim has the symptoms of a certain specific disorder and is just in denial, writing off the victim’s expressions of suffering as symptoms of that disorder, threatening or actively trying to get them committed. But a lot of gaslighting abusers are less specific and just say “you’re crazy!” or “you’re so dramatic,” “you always have to have an enemy,” “you’re always imagining things.” Both kinds of manipulation are gaslighting.

And the abuser doesn’t stop at just trying to convince the victim that they themselves are crazy. They bring in the whole family, the whole community. They start rumors that their victim is not to be trusted, among everyone the victim might go to for help. And suddenly, you’ve got a woman like this one: covering herself in three layers of clothing to hide the blood, because she knows that if anybody sees it, they won’t believe her. When she  saw that her life was in danger and made up her mind to run away in the middle of Mass, she didn’t run into the sanctuary and scream to the priest to help her. She knew that wouldn’t do any good, because her abuser had primed the community to disbelieve her. And now it’s a year later and she’s still got her abuser gaslighting her in front of everyone, and the people he manipulated doing it as well.

Abusive people don’t stop at manipulating their victims. Abusive people manipulate entire communities. This is how they gain the power to do what they do: by manipulating and conning everyone around them until they’ve all fallen under the spell.

That’s why it’s so important to understand how gaslighting and manipulation work. Maybe you, yourself have not been abused and never will be. But you’ve certainly been in a community where an abusive person was trying to groom and manipulate everyone. Just about every human being has. And if you don’t know that that can happen and what it looks like, you’re liable to become that abuser’s tool and start abusing the victim yourself.

When we think of the abuse crisis in the Catholic Church, for example, it often went something like this: the guilty priests didn’t get access to vulnerable young men and women by acting outwardly like creeps. They did it by projecting harmlessness and holiness at the community. Then they selected a vulnerable victim and told that victim nobody would believe them. When the truth eventually came to light, if it did at all, everyone in the community experienced cognitive dissonance. They couldn’t believe it. The priest seemed so pious and so kind. He’d never done anything like that to them, personally. He was very good with their own children, when they were in the room. The victim was vulnerable and they’d heard through the grapevine that the victim was a troubled girl or boy. She must be lying; that’s the only possible explanation. So they abused and re-traumatized the victim to protect the abuser, and all the while they thought they were doing the right thing. How many times has that happened?

Abusive people do this all the time– in and outside of organized religion, in schools, in corporate ladders, on hippie communes, in nuclear and extended families, everywhere. If you find an abusive person in a community, you will find them gaslighting somebody and involving the whole community. It can get so bad that the victim themself doesn’t believe what’s happening. They start to believe they’ve gone crazy. And they do begin to have symptoms of mental illness because being abused and then gaslit is so traumatic– and then the community just takes that as evidence that the victim was really a crazy person imagining things all along, and the original deception becomes easier to believe. This is all part of the abuser’s plan.

Remember the scene in The Wizard of Oz, where the Wicked Witch of the West sends out an army of ridiculous winged monkeys in dress uniforms to capture Dorothy and her friends? In abuse survivor circles, we often refer to the community an abuser turns against their victim as “the Flying Monkeys.” That term is so ubiquitous among abuse survivors, I don’t know if it originated with a single person; several different people are cited on the Wikipedia page. It’s such a useful image, I fall back on it all the time in my own mind. I want all my readers to fix it in your minds too, so you’ll remember. If someone tells you they’ve been abused and you have a hard time believing it, if your first response is to be angry at the alleged victim because they must be crazy or lying, pause for a moment. Remind yourself that abusers groom communities. Remind yourself that they do this to everyone, that smart and compassionate people can get taken in as well, and that cognitive dissonance is normal when you’ve been tricked in this way. Think about the fact that you might have been groomed, yourself– not as a victim, but as the Wicked Witch’s flying monkey. And then listen to the story, look at the evidence, and be honest.

If you, yourself, are being gaslit and abused, and you’re afraid no one will believe you: stay strong. You are not crazy and this isn’t your fault. The community isn’t treating you this way because you’re just that contemptible. They’re doing it because they, too, have been manipulated. I  promise that there are people who will believe you and that the truth will set you free, eventually.

If you’d like to help my friend, the best thing you can do right now is support her etsy. And, of course, keep her in your prayers.

January 24, 2020 A Eulogy for the March for Life
Recent Comments
0 | Leave a Comment
Browse Our Archives
get the latest from
Steel Magnificat
Sign up for our newsletter
POPULAR AT PATHEOS Catholic
1