Nothing New Under the Stars 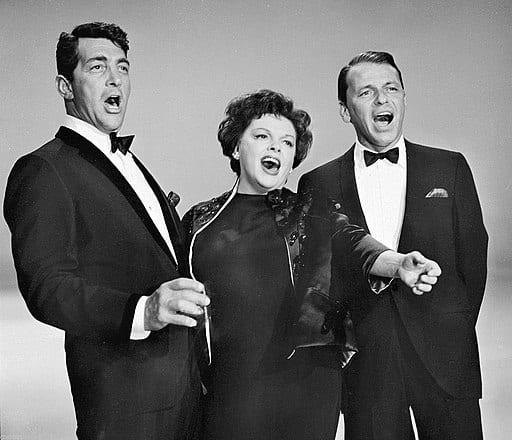 It started innocently enough. EWTN’s Raymond Arroyo, who apparently had no pressing news stories to report on yesterday, was making fun of people’s outfits. He tweeted a picture of a group of outlandishly-dressed celebrities to make fun of their costumes and complain that singers today wear costumes to cover up for their lack of talent. Apparently these were pop music stars at the Grammy awards; I didn’t recognize them because I’m not cool.

Everyone was decrying the music stars’ clothes– which I didn’t like either, for the record. I don’t even think the celebrities thought they looked good; they were dressing in a comically over-the-top way on purpose, but the people in the comment thread acted as if the celebrities were trying to be fashionable and had just failed. Commentators were decrying what the world was coming to with all these ridiculous entertainers who dress up in ridiculous costumes to distract from their lack of talent; Arroyo pointed out that “Sinatra wore a tuxedo for 60 years.”

Everyone seemed to think this was evidence of what the world was coming to, so unlike the olden days when celebrities were classy and behaved themselves.

Another commentator was particularly enthusiastic about “a time when the whole family gathered in front of the TV, afta’ dinner, to converse & root on their FaV musical prodigies, glamorous wit etiquette & decorum! No fashion statement here!” And he posted a photo of Frank Sinatra and Dean Martin embracing a beaming Judy Garland. That was his idea of a trio of stars who were “musical prodigies” and upheld themselves with etiquette and decorum, suitable for the entire family, so unlike the music stars of today.

Now, no one can deny that Judy Garland was a musical prodigy; her voice was among the finest ever recorded. But she’s not exactly innocent of dressing in an outlandish costume to put on a show for her fans– she’s famous for wearing the top half of a tuxedo and nothing on her legs but pantyhose, after all.

Garland was also a lifelong drug addict. This wasn’t through some fault or lack of self-control of hers. Addiction rarely is in the first place. But in Judy’s case, it all started when MGM needed the sixteen-year-old to look pre-pubescent while playing Dorothy in The Wizard of Oz. They forced her onto a crash diet involving black coffee, chicken soup and an enormous number of cigarettes in addition to wearing a corset and taking a cocktail of diet pills and stimulants, and she was never able to break the amphetamine habit that resulted.  All of those child actors we grew up loving were on stimulants obtained by their studios, but Garland’s case was particularly bad. The studio also sexually harassed her from the time she was a child. They forced her to have an abortion when she was barely twenty because the pregnancy wasn’t convenient– yes, abortion was illegal back then, but that didn’t stop anyone with money from getting one, and MGM had money. Garland was married five times, attempted suicide multiple times, and eventually died of a barbiturate overdose. Her death was ruled an accident because she’d been taking the pills constantly for some time.

Frank Sinatra wasn’t a singing prodigy like Garland. He was a talented entertainer, but his voice changed drastically over the years; he even lost it completely for a time in the 50s. As for being family-friendly, he was famous for his extramarital affairs, including one with Garland. He was married four times; he was known for his violent and abusive temper, mood swings, drinking, and ties to the mob. Yes, he looked nice in that tuxedo– and unlike Garland, he wore it with pants. But his tuxedo was just like the outlandish outfits of the singers Arroyo objected to: a costume he wore on purpose to establish a certain persona in his performances. And his songs weren’t exactly chaste. “A lady doesn’t wander all over the room and blow on some other guy’s dice” was as much a double entendre generations ago as it is now.

And as for Dean Martin: well, I’m practically legally required to love Dino since I live in Steubenville. I think I definitely would have liked hanging out with him more than with Old Blue-Eyes. I admire how he used his privilege as a celebrity to defend marginalized people, refusing to sing in venues that didn’t allow black people or Jews. And I do like his singing voice better than Sinatra’s, though none of them can hold a candle to Garland. Of the Belting-Out-Goofy-Songs-You-Can-Swing-Dance-To school of musicians, Martin is one of my favorites. But Dean Martin was still a drinker and a ladies’ man, married three times, not somebody known for “etiquette and decorum.” And there’s that question of the family gathering around the television again: some of his songs are extremely racy. A friend online mentioned she was not allowed to listen to “Standing on the Corner,” which contains the line  “brother you can’t go to jail for what you’re thinking.”

No, “Standing on the Corner” isn’t racier than pop songs of any other era tend to be. When I was in the extremely conservative homeschool group, we didn’t listen to a lot of 90s pop music, but we listened to my father’s Simon and Garfunkle. My aunt famously told her children that “Making love in the afternoon with Cecilia up in my bedroom, I get up to wash my face, when I come back to bed someone’s taken my place!” referred to a mother getting up to breastfeed the baby and her husband coming back to find there was no room for him to lie down. My cousins told me that explanation, and none of us believed it, but we didn’t say anything. When Rosie was a toddler I used to love to listen to Postmodern Jukebox’s cover of “Talk Dirty to Me,” with the hilarious Yiddish solo and the glorious clarinets and violins. Rosie thought they were singing “Doctor Domain,” and I didn’t correct her.

And that brings me to my point: there is nothing new under the sun– or, under the stars, if you will. The world didn’t suddenly become sinful, superficial and tacky at some point after 1959. It’s always been about the same.

If you set out looking for some bygone era that was unqualifiably more virtuous than our own, you will never find it. There has never been a family-friendly time where everyone could gather around their televisions (or whatever venue they had for learning about their own society and being entertained) and enjoy nothing but wholesome content. The Middle Ages weren’t really a joyous time of simple pleasures, piety and nobility. The Victorian era wasn’t really chaste and prudish. The fifties weren’t really wholesome and innocent.

People are always people. People have always used costume and pageantry to cover for a lack of talent and to augment the talent that’s already there. What’s more, people have always been cruel to one another if they didn’t remember to be careful to be kind. Powerful people hurt helpless people and have to be stopped. People with money exploit talented young women until the young women end up dead. Babies are killed because they are inconvenient. People seek sex when what they really want is love.

Human beings have been finding ways to break all ten of the commandments from the first day God wrote them on stone until this one, and they weren’t virtuous before they’d received those instructions either. If you can name a sin, a fault or a failing, I can assure you that it’s existed in some variation for as long as people have been making choices in the first place. Yes, the aesthetics change from era to era. We switch out a-line dresses and tuxedos for something else, but what we do in and out of our dresses and tuxedos remains the same.

This is why you’re supposed to conform yourself to God, not society– and not by eschewing your own society in favor of some other society in history. God remains eternally loving, eternally compassionate, eternally gentle, eternally just. Society is constantly changing her aesthetics but never really swapping out vice for virtue, or at least not for long. You will never find sanctification by becoming a 50s tradwife who always wears an a-line dress, or a 60s hippie who never uses shampoo, or moving out to an intentional community and pretending to be a pioneer. Sanctification involves becoming most truly yourself, and you were made in the image of God.

Believe it or not, this is better than longing for a time that doesn’t exist.

And now I’m tired of being serious. It’s time for a song. Take us away, Judy:

(image via Wikimedia Commons, in the public domain.)

January 26, 2020
Imagine a Flock of Tongue-Cut Sparrows
Next Post 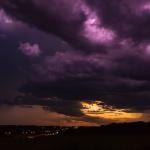