If You Shame A Sex Worker… 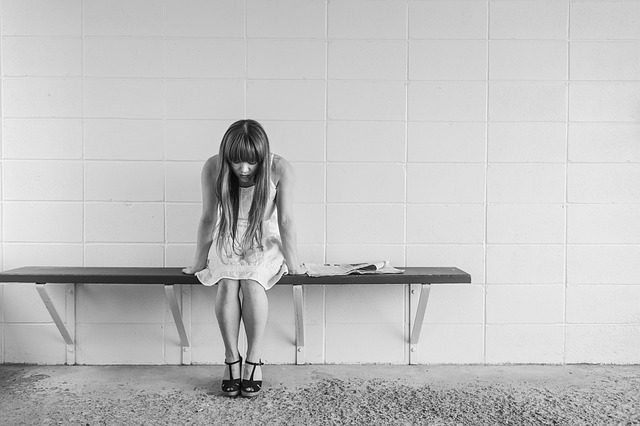 Today, on facebook, a volunteer from The Friendship Room wrote:

We have a woman who lives a desperate lifestyle, she is near despair, and today is her birthday.
Can anyone perhaps bring us a cake for her?

She has no clothing , she wears medium tops and maybe a size 10 pants .
She only has sandals for her feet and she wears size 9.

She would also like hair ties and bands , a hair brush and clips
She is so trapped and in so much pain , please pray for her to receive the gift of hope today .

Meanwhile, over on Twitter, I found a gentleman who thought he was being helpful by posting “MAKE SEX WORK SHAMEFUL AGAIN!” over and over and over. And people were sharing that post, and congratulating him on his stance. I tried to tell him this wasn’t helping, and was called politically correct as if that was supposed to insult me.

I want to try to explain to everyone, what happens when you shame sex workers, and spread the notion that they ought to be shamed, and make it seem like shaming them is somehow the Christian option.

As far as I’ve ever seen, there are three different kinds of sex worker. There’s the kind who does it voluntarily because they like it, and  I’m not here to judge that kind right now, but I’m sure they’re not going to suddenly have a change of heart because you tried to embarrass them. They already know what you think.  There are people who find themselves in sex work because they don’t feel they have another choice. And they usually already feel bad enough about the situation. If you shame them, you’ll spoil their day, but you won’t be providing them with any opportunity to do something else, so you won’t have changed anything. And then there are slaves– literal slaves, who belong to a person who forces them to participate in sex work.  There are lots of these.

They are quite accustomed to being shamed, and it’s sunken in.

Sometimes trafficked women show up at the Friendship Room for a bowl of soup and say “I can’t believe you’d let someone like me eat with you!”

They already know what you think. They think that, and worse things, about themselves.

Often enough, it all started when they were walking to school and got grabbed off the street– that can happen. Or, they were sold by their parent or caregiver who couldn’t care less. That happens more often than we’d like to think. Or they ran away from home to avoid abuse, or found themselves on the street because of mental illness or just plain bad luck, and they ended up in the hands of pimps. The pimps get them hooked on heroin.

Try escaping from anywhere when you’re struggling with a heroin addiction.

If they go to the police for help, the police will promptly arrest them for prostitution, which is a felony. And when you’re a heroin addict who was picked up for prostitution, you go to prison. And after prison– good luck starting a new life if you’re a trafficking victim who was kidnapped as a teenager, never finished high school, struggling with post-traumatic stress disorder plus the lifelong illness of addiction, and has a felony on their record. They’ll end up right back where they were, being trafficked.

If you shame a sex worker– if your whole goal is to “make sex work shameful again”– you’re not going to help that sex worker have an epiphany about what she does for a living. They already know what you think. If they’re doing it voluntarily because they like it, they’ll keep liking it. If they’re doing it because they need the money and feel they have no other choice, you won’t have helped them in any way. Their situation remains the same. But if you shame a sex worker who is actually an enslaved person– well, then you’ll certainly accomplish something, but not the thing that you think. You are tipping the balance of the culture even further in the direction it already leans: blaming abused and tortured human beings for their predicament when it’s in no way their fault. You will be making it less likely that anyone will look seriously at the issue of sex trafficking and try to help these people. You’ll make it more likely that they’ll be further hurt and re-traumatized when they escape, and that they’ll never find safety.

Or, you could do what Jesus did, and befriend sex workers rather than shaming them.

That’s what they do down at the Friendship Room. They just welcome them in, give them a meal and a place to take a nap, chat with them and treat them like any other sort of human being. Your heart would break if you knew how unused these people are to being treated like a human being. The Friendship Room does what they can to protect their guests from whoever’s trying to murder them this time, and drives them to the hospital if they need it– Steubenville doesn’t have a drug rehab or anything like that, but the emergency room does what they can to patch them back up.  They have even managed to remove some women from that hell and send them away to a rehab somewhere else, though that’s very complicated. And they have a safe house for trafficked women at an undisclosed location.

Crying out into a vacuum that we should “Make sex work shameful again!” helps no one.

One of the sex workers who comes to the Friendship Room has a beautiful gift. She writes poetry. When she comes in to visit them, she asks for paper and writes down what she’s been composing while she works. This poem was published on the Friendship Room’s Facebook Page:

This is my closing
the end of my plea
If there is anyway to change
Then Lord please save me…………..

Does she sound like she needs to be more ashamed?

February 21, 2020
A Suggestion For Your Lent This Year
Next Post