At the Cherry Boutique 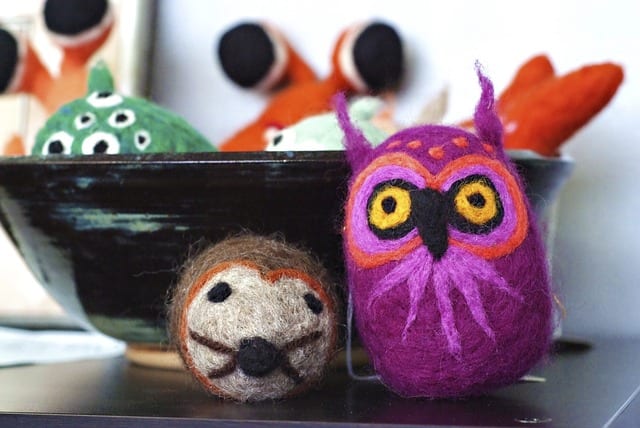 We were at the Wellsburg Apple Festival, on a warm fall day.

I don’t know why this memory keeps coming back to me now, seven years later and in the winter, but I’ve been thinking about it all weekend.

I don’t know why the gathering was called the Apple Festival. We weren’t near an orchard and I didn’t see any apples for sale. It was just a generic small-town fair with food trucks, a bouncy house, and stalls selling crafts and antiques. But nearly every small town around here has a generic weekend festival named after a fruit– the Strawberry Festival in late May, the Pumpkin Festival in late October. Wellsburg has an apple festival in late September or early October.

A friend I used to know had asked me if I wanted to go to the Apple Festival. I didn’t much care for festivals, but I would have taken any excuse to get away from Steubenville for an afternoon. This was at the time when we were the most destitute; we had little to eat and not a penny to spare. My friend was living on an adjunct professor’s salary, and had enough money to buy each of us something to eat at a food truck. I had a baby who was barely a year old, and she had a toddler who had just turned two. They sat together in the back, packed into their car seats, the two-year-old facing forward and Rosie facing back, chattering at one another in their private toddler way.

I don’t remember what we grown-ups talked about.

It actually is a beautiful drive, along the wine-dark Ohio, once you get out of Steubenville. I don’t think I’ll ever see the Ohio Valley as beautiful, but that part of the highway is–particularly on a sunny day, in Autumn. The trees are awash in different shades of red and gold like a tower of macarons at a fancy party–or, I suppose, like a mound of apples on a pushcart. But I don’t think that’s why it’s called the apple festival.

There wasn’t much to do at the festival. We sat in a gazebo overlooking the river, for awhile. On that particular bend of the Ohio, you can’t see one of the dark Satanic mills that kill the water and the air; there are only trees and glimpses of other small towns on the other side of the Ohio. You could imagine you were in a Mark Twain novel. The toddlers enjoyed clamoring around the wooden steps of the gazebo while we grown-ups talked about something that seemed important.

Then we walked down the main street, which was old-fashioned store fronts that were mostly empty– just like Steubenville, just like every other small town along this part of the Ohio.

We came across a shop that didn’t have a sign in the window saying what it was, but it did have a Christmas tree with a rainbow of bright, hand-stitched, stuffed patchwork owls hung on it in the window.

A lady came out of that shop.

“I’ve got baby clothes!” She coaxed. “Lots of them! They’re cheap!”

She had an Appalachian accent– not a harsh scratchy Steubenville bray but the real kind, the kind that meant she was from deeper in the mountains.

Maybe that was what made me come inside.

The shop had barely any merchandise. There was the tree with owls in it in front. In a corner, there was a rack of  quilted things–small blankets, table runners and valences, covers for fussy pillows. They were in glorious rich fall colors like the ones on the owls in the window, and the trees lining the Ohio. There was also one rack of tasteful, gently used toddler clothing– and a child who was scarcely older than a toddler, very clean and meticulously groomed, dressed in a black and white striped leotard and a pink tutu.

The little girl was playing with dishes at a pale blue wooden toy kitchen range. The range was outfitted with an arrange of dishes, but the dishes and the range didn’t seem to be for sale.

Our toddlers wandered over to play with her, as we grown-ups browsed.

The woman looked proud as we admired the quilted owls. She apologized that there wasn’t much for sale; a friend, she said, was going to come with her crafts to sell, but had bailed out at the last minute.

“Nobody buys things like this here,” she remarked. “Nobody can afford to.  I’m goin’ to move down to Wheeling, where people have money. Cherry, behave!”

The girl named Cherry didn’t pay much attention. None of the children did; they continued playing.

“That’s the name of this shop,” said the lady. “That’s what I’m going to name my shop when we move to Wheeling, too. After my daughter. The Cherry Boutique. Cherry, get over here!”

The notion that Wheeling, West Virginia, is a swank wealthy place where a talented quilter can make a lot of money, is a testament to exactly how economically depressed the rest of the towns along the Ohio are. But I wasn’t going to voice that thought aloud.

I ran to curtail Rosie, who had wandered into a pile of snacks. Next to the bathroom door at the back of the shop was a discreet stack of ramen noodle soup cups and granola bars, beside an electric teakettle. Bending over to get her, I saw the bed– a mattress was on the floor behind the counter where the cash register would have been if their had been one. It was neatly made up with the blankets pulled tight, and a stuffed rabbit leaning on the pillow.

I pulled Rosie back from the sparse real food to Cherry’s lavish toy kitchen.

Cherry’s mother answered my unasked question– calmly, still smiling. “Have to be out of this building by next week. Cherry’s father, he left us and we lost the apartment. After that we didn’t have anywhere to stay, so we moved into the store. It worked fine until it started to get cold. The landlord, he turns off the heat at night. And then he found out we were livin’ here, so he evicted us. I’ve gotta sell everything so we can go to Wheeling and get a new shop. These are old clothes Cherry’s outgrown; they might fit your girl. Cherry, you share those toys!”

As I browsed the racks, I hated the whole world. I hated Cherry’s father for leaving. I hated her mother’s friend for not bringing her crafts to fill up the shop. I hated Wellsburg because nobody here bought colorful owls and I hated Wheeling ahead of time because it would likely do the same. I hated that landlord, even though he was probably only enforcing some legal code that the state obligated him to enforce, and I hated the state of West Virginia. I hated myself, for being nearly as poor as Cherry’s mother, so I couldn’t even help.

One of the pieces of Cherry’s old clothing was a little purple and gray plaid pea coat, Rosie’s exact size. My hand landed on it, and my friend bought it for me with half her money. Then we went out and split a meal she bought with the other half of the money, and then we drove home.

Rosie wore that plaid coat everywhere for two years.  I still have it packed away somewhere, in case I ever manage to have another baby.

I never returned to Wellsburg, or saw that mother and child again. Cherry would be a teenager now.

Wherever she is, I hope she is happy. 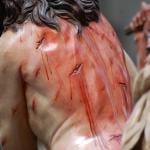 March 1, 2020 No, Lent is Not About Hurting Yourself
Recent Comments
0 | Leave a Comment
"So true that there are certain moments when we understand that we don't understand anything, ..."
Katherine Nielsen And Now We Are Mothers
"Very, very powerful. Among your many fine posts over the years, this is one of ..."
alwayspuzzled I Saw Two Gospels
"Happy birthday Mary. May God grant you many more holy years!"
@ByzCathReferee The Wise Hag
"Happy Birthday!You are wise beyond your years."
Shawn McElhinney The Wise Hag
Browse Our Archives
get the latest updates from
Steel Magnificat
and the Patheos
Catholic
Channel
POPULAR AT PATHEOS Catholic
1