Sunday Evening in the Plague Time 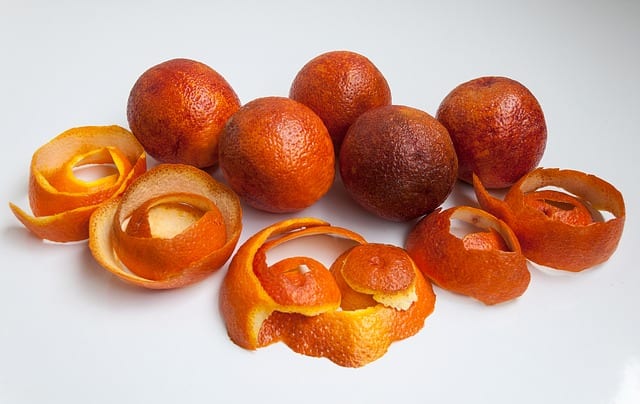 It was a brilliant, warm Sunday evening, perfect weather for walking, but we did not walk to Mass.

The Sunday obligation was dispensed– they didn’t flat out cancel all Masses in the diocese until Monday. There will be no public Chrism Mass this year, no Holy Thursday of the Lord’s Supper, no Good Friday devotions, no Easter Vigil. They’ll decide when to reopen the churches sometime later.

We’d watched Mass on a livestream and made a spiritual communion. I thought about how apropos the first reading was– the people in the desert at Meribah with so much more of their exile ahead of them, about to stone Moses because of their thirst.

Michael ventured out to go shopping that evening, just after the restaurants closed for the last time and shortly before the Kroger closed early to sanitize.He dragged the portable shopping basket with him over the crooked sidewalks of LaBelle. He had a list: cheese and yogurt, fresh fruit, vegetables, all-natural peanut butter, Comet to clean the bathroom, hamburger or cheap chicken for dinners.

Kroger had been picked over by folks trying to get extra in case they have to stay home and by panic-buyers, but the products that were sold out were oddly specific. The chicken and hamburger were all gone, but there was raw breakfast sausage and bulk bologna that would last much longer in the fridge. The non-perishable pepperoni, which would last indefinitely, was stocked. All the paper products were gone. Liquid pump soap was completely wiped out, but the exact same chemicals in bar soap form were stocked. The Comet household cleaner was gone, but spray cleaner with Comet in it wasn’t. There were no mashed potato flakes but shelves and shelves of ready-made gravy. The giant sacks of rice were wiped out, but the exact same product in smaller one-pound bags were still there. Regular peanut butter was gone but “natural” peanut butter was there. Most of the fresh produce was taken, but some was still stocked. There was some frozen cauliflower left. Bread was nearly wiped out, but nobody wanted gluten-free cookies or muffins.

Michael didn’t come back with all the things on my shopping list. He came back with sausage, bologna, cauliflower, a gallon of milk, cottage cheese, the gluten-free cookies and muffins, blood oranges and a mushy variety of apple I don’t like. Those blood oranges puzzled me; I barely even knew what they were. They look like bruised and tortured regular oranges, oranges who themselves had caught a plague. I counted myself very lucky. Lots of people I know have less.

I’m keeping a grocery list online, in case the shortages around here last or in case we’re not able to walk to the store at all.  But even that’s not a sure thing. Certain supplies keep becoming available for a few hours, then disappearing as people buy them all.

I will learn to cook sausage. The blood oranges are actually tasty.

This isn’t supposed to happen– not here, not in this century in this country, not this far from the coast with no hurricane anywhere around. This isn’t normal.

I believe Governor DeWine is doing his best to keep Ohio safe. He has promised that the supermarkets will stay open no matter what, so hopefully the hoarding of food and toiletries will eventually slack off. And after that, after we’ve “flattened the curve,” things will open up again. The churches will hold public Mass, the stores will stock the right things, and life will go right back to normal… or else it won’t.

“Or else it won’t” is a contingency woven into every single human act. We do things because we hope good might come of them, or at least something that looks good to us, and sometimes that good doesn’t happen. Sometimes the things we do are terrible, selfish and cruel: torture that prisoner to make him talk. Bomb that city to make terrorism stop. Hit your children so they won’t be spoiled. Take more than your share so you won’t stand a chance at going hungry. And sometimes that brings about a result we can call good, at least in the short term, but sometimes it doesn’t. Other times, the things we do are honorable, heroic, wise, or just good sense. We do them so that good may result, and yet still, sometimes it doesn’t. We take prenatal vitamins so the baby will be healthy, but sometimes the baby isn’t healthy. We drive carefully to avoid an accident, but sometimes accidents happen. We spend wisely so we won’t go into debt, but then we have bad luck and find ourselves in debt. We fight valiantly for a good cause and the cause fails anyway. We love, and are not loved in return.

I’ll confess to you the thing I want with a terrible passion right now: I want life to be normal. My idea of normal; my notion of what a normal life would be. I want there to be no pandemic, no shortages, no grocery stores having to ration toilet paper. I want there to be no threat of death by suffocation in an overcrowded hospital, for me or for anyone I love. I want no silent threat that I might at this moment be carrying microbes that could condemn someone else to that horrible death. I want no cancellations, no disruptions, no surprises, I don’t want to live in LaBelle with its broken sidewalks and drag a hand cart to the supermarket, I don’t want to live in Steubenville or anywhere near it. I want to be a dreadfully bland average person in a clean affluent neighborhood in a nice big city far from the reeking Ohio river. I want to never have to be brave, never be in danger, never have to learn new things or even try an odd-colored kind of orange, never have any adventures at all. But I can’t be that person, and I can’t make things normal.

No courage, no cowardice, no selfishness or altruism on my part can give me what I want. I can’t make things normal. Not if I hoarded toilet paper or put my family in danger; not if I were saint or a hero doing selfless things that helped everyone.

Shirley Raines, the beautiful woman I wrote about last month, is still serving the homeless– not washing their hair at the moment, but she’s handing out food, supplies and treats from her car, with gloves on. She even found someone to donate hand sanitizer. Molly down at the Friendship Room is still handing out meals and any help she can– with gloves on, washing and sanitizing every single can or jar of food and toilet articles people send. She’s not going to leave her friends, no matter what happens.

We know about Molly because Michael brought them some of the oranges yesterday, and a few other things from what he’d gleaned at the store. He walked Rosie to the library one more time before they close indefinitely.  Before they came back, he stopped at the other end of downtown to drop the food off at the Friendship Room while Rosie waited by be porch, keeping a safe social distance.

We have decided to be heroic, even if things never go back to normal again. 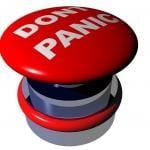