To Light One Candle 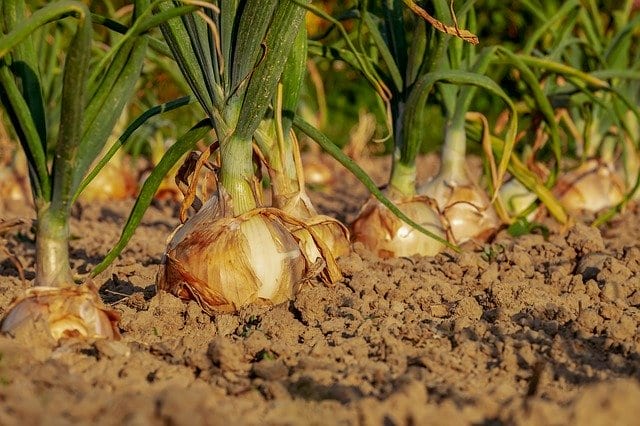 It is better, they say, to light one candle, than curse the darkness.

Better to do something to bring a little goodness into the world, than to curse a world of evil.

I have been doing a bit of both.

I woke up earlier than usual, on one of those soggy Steubenville days when it always seems to be twilight or just after dawn. The first thing I did was to check the death toll on the official map, and cringe.

The second was to venture out to the store one last time.

I thought that going out early would reduce my chances of a crowd on the bus, but it didn’t. The bus was jammed; I found myself with my face six inches from the neck of the person in front of me. Everyone seemed to be coming down with something, which is normal on a drizzly day in March, in Steubenville. The sound of a raspy cough on a bus in March didn’t used to be so frightening. I felt myself on the verge of panic, as I had been earlier this week.

A wide-eyed woman on the bus was fretting about a rumor she’d heard that every grocery store was going to close. I promised her that it wasn’t true. The buses are going on a reduced schedule, which will make them more crowded and even more dangerous to ride; pretty soon Michael and I will be trapped walking everywhere. But the grocery stores are staying open. The pharmacies are staying open. We can still go for walks.

As I spoke with her, I calmed down, and so did she. We both admitted to a touch of PTSD, and to being terribly nervous lately. She was all alone and had no one to talk to.

She almost smiled as she got off the bus. I think I was smiling as well.

I finished my shopping quickly: more seeds for the garden, a package of peat pots, seed potatoes and onions. This may be the last time that I get to go to Wal Mart until this is over.

I never thought I’d see the day that I would feel that Wal Mart was beautiful. Just then, though, knowing that I wouldn’t be back any time soon, it seemed breathtaking– a relic, a museum piece, a fossilized skeleton of an extinct creature that used to roam the earth in abundance. The name of that creature is “Day-to-Day Life.” We don’t have day-to-day life now. We have a pandemic. The age of the dinosaurs gave way to the ice age, and the age of day-to-day life has given way to the age of pandemic.

Someone had given me a little money to scavenge for food and toiletries for the poor and homeless guests at The Friendship Room. I went into the toiletries section and found myself with a treasure: the very last canister of hand-sanitizing wipes had not been sold. This could save somebody’s life. I picked it up reverently and even gave it a hug.

I caught the bus home, with my treasures.  I said goodbye to the bus driver and prayed that he would live.

Did I used to pray, with this kind of earnestness, that the people around me would live?

I must have been a very different person, back when there was such a thing as day-to-day life.

I arranged my seeds and began to soak the peat pellets in the growing tray, for seedlings.

Then it was time to watch the Holy Father’s Ubi et Orbi benediction.

I don’t think I’ve ever watched the whole benediction from the Vatican, from beginning to end. He used to only give one at Easter and Christmas, but that was before: before the pandemic, back in the age of day-to-day life. That was when he was younger, and he is old now.

We are all old now.

The livestream was entirely in Italian and Latin, with no subtitles. I listened patiently for words I knew, words that mean “faith” and “cross” and “disciple.” I heard the name of Archangel Michael. I prayed along with the Adoro Te Devote and the Tantum Ergo, and when I didn’t know the Latin for the Divine Praises I whispered them in English. I made the sign of the cross in front of my computer screen.

The Holy Father’s Ubi et Orbi Benediction was in stark contrast to the press conferences I’ve been seeing from my own country. Our president is all preening, compensating, bullying braggadocio. He is desperate to make himself look powerful and healthy, and therefore makes himself a buffoon. The Holy Father did not bother to hide his weakness. He walked slowly and breathed with difficulty. He needed help getting up the steps. The whole time he carried that heavy Monstrance from the altar to Saint Peter’s Square, a little Via Dolorosa, I was afraid He was going to drop the Blessed Sacrament on the ground. But somehow, he didn’t. He ran the race, and did what was his to do.

The president has sired at least five people, but he’ll never be a father. The Holy Father has never sired anyone, and he is a father to a billion.

I went upstairs and took a nap.

I came down and worked in the garden. I have grand plans for a victory garden to feed my neighbors as well as my family: two Three Sister patches with corn, pole beans and squash; A long row of snap peas on a fence; a patch of kale and salad greens; broccoli and snap peas; kaleidoscope carrots; onions and potatoes. I will harvest rose hips from the volunteer rosebush. I’m planting a wall of sunflowers in the front, to shade the porch, but I’m not sure if I got the edible kind or not.

I planted sugar snap peas, which are a miraculous vegetable. One tiny green sphere goes into the ground, and a curly vine overloaded with food comes out in less than two months. I planted onions, which always feel like cheating to me. All you do is put the onion in the soil when it’s little, and take it out later when it’s big. That’s not gardening.

People have to eat. Food is necessary to sustain life. Putting seeds into the ground to make food come out of it, is my feeble offering against the forces of death. They have viruses and I have sugar snap peas. In May, if we live, we will harvest snap peas and onions to share. If not, I hope a neighbor comes and harvests them for me.

Did I say “if we live” last summer, in the era known as day-to-day life?

We soared past Italy and China’s number of confirmed cases yesterday. Today, we hit one hundred thousand. Now it’s one hundred four thousand and then some. The United States is the COVID-19 capital of the entire world. By my calculations, at least 500 Americans have died since yesterday– double yesterday’s death toll. And we’ve only just begun.

A whispered discussion came up out of nowhere, about do-not-resuscitate orders, in case it becomes a question, in case we have any choice which we probably won’t. Rosie, who doesn’t know what those words mean, was playing nearby. She is pleased that I gave her an extra week of spring break– only some phonics to do in the evenings, not a full load of school work. I can’t let her get away with not doing phonics. She’s so behind on learning to read. She loves to listen to audiobooks so she can remain in action at all times, playing, practicing her martial arts, kicking a soccer ball around the front hallway. She has no interest at all in sitting down to read a book.

I said that I’d like to be resuscitated, personally, just on the off-chance it miraculously saved my life. If Rosie were older, I might have thought about the question differently.

These are things we talk about, in the era of the pandemic. I don’t remember doing it before.

I went back to planning my garden.

March 30, 2020 The Homeless who have no Protection from COVID
Recent Comments
0 | Leave a Comment
Browse Our Archives
get the latest from
Steel Magnificat
Sign up for our newsletter
POPULAR AT PATHEOS Catholic
1