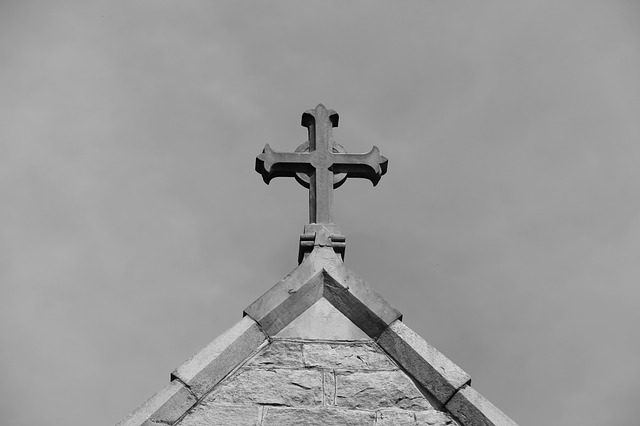 I went for a walk.

The governor says we’re allowed to go for a walk, so I went.

He said we could run necessary errands, so I did.

My friends have been sending me a little money here and there, to scrounge gifts for the homeless at the Friendship Room, so I scrounge when I go on my social-distancing trips to the store. I’m told that it’s wise to go to the store only once a week, but we run out of milk halfway through the week, so we’ve been going twice. I was fortunate to find pump soap with aloe for sale on one excursion: a treasure. I also got a few packages of facial tissues, not our preferred brand, and on the other trip I got bar soap. It’s fun– like an Easter egg hunt, like the dwarves mining for glittering treasure in Disney’s Snow White. I enjoy hunting gifts for the Friendship Room. But then I remember why the shelves are so bare, and I panic.

Another friend managed to send me a big box of paper towels, and another friend sent a case of dishwashing soap just before the soap was sold out on Amazon. I threw a roll and a bottle into my bag. Other friends have been sending us dry goods from my Amazon grocery list, so we have a packed cupboard and only need to run into the store for milk and meat– I grabbed a can of shredded chicken breast and a can of tuna, a few granola bars.

Steubenville looks like it’s been hit by a plague at the best of times. It’s the bleakest, dirtiest place imaginable. But this afternoon it was even worse: a cold, misty, drizzly day in late March, when everyone in town was sheltering in place. There were no obnoxious teenagers at the bus stop, no children playing in the vacant lots, no tired people smoking on their porches. Nobody greeted me at the Friendship Room either– they can’t. They’re keeping the chance of infection down by waiting until the porch is empty before they open the door.

I tried to wash my hands in the outdoor sink they’ve installed, but I didn’t know how to work the foot pump that makes the water flow. I ended up with hands that were nice and sanitary, but coated with itchy suds. I rang the bell with the back of my wrist and left my offering to Christ on the porch.

Christ, in the form of one of their volunteers, waited until I was across the street to open the door and accept it.

“We love you!” I called, waving with a sudsy hand. I usually don’t say anything because I’m so shy, but I couldn’t say nothing then.

It was an act of pure selfishness, like dropping off the bag of treasure was. I had to do it. I refuse to become the person I would be, if I didn’t share and say “I love you” during an epidemic.

I cut through the parking lot of that giant Baroque church across the street from the Friendship Room. There was a sign on the door, announcing the suspension of public liturgies for a time– but, to my surprise, they’d left the church open for anyone who wanted to pray. The Adoration chapel was locked up, but the main church was open.

I couldn’t imagine that this would violate the rules of social distancing. You could fit a three-ring circus in that building, it’s so vast; as long as there’s nobody in there, you might as well be outdoors.

I hate that church.

I hate remembering all the times I went to Mass there, crying because I didn’t know how I was going to stay alive for another week, back when we were much poorer than we were now. I hate looking back at the ridiculous things I’ve tried to do, in a vain attempt to be friendly with Steubenville Catholics, and the way I’ve been treated in return. I hate remembering when the usher at that beautiful, enormous baroque church told Michael he wasn’t allowed to sit down, when Michael came in to Mass on the feast of the Annunciation in a shabby coat and hat and the usher mistook him for a beggar. I hate the sign they put up telling you to call the police on panhandlers instead of showing them mercy.

That church gives me flashbacks.

I made the sign of the cross and folded my sticky, itchy, burning, soap-covered hands. I made a Way of the Cross, and I offered it for you– my reader. I knew that I would inevitably write about my daily walk and tell you all how miserable I am, so I prayed for the one who would read and see how boring  I really am tonight.

I went to the back, to the baptismal font which is blocked off by a metal grille. There was no water in the font and none in the little fonts by the door, but there was a holy water dispenser in a corner– one of those metal barrels with a spout where you can help yourself. On a whim, I pushed the button, and blessed water spilled out all over my soapy hands, rinsing some of the soap.

Vidi aquam egredientem de templo, a latere dextro, alleluia, said nobody at all.

I dawdled near a statue of the Sacred Heart of Jesus, not saying any prayer that was terribly profound.

“I forgive you,” I said, for some reason.

And then I left.

Outside, the clock was just striking three.

On Fourth Street in Steubenville, there is a long line of churches–  denomination after denomination, church after stately brick church, for two blocks. I don’t know which church has a loud and out-of-tune bell that strikes the hours and plays hymns, but it’s not the Catholic one. It’s another one nearby. I walked through the parking lot as it chimed the hour, and then it began to play a hymn– clanging, clashing, a full step out of tune: Yes, Jesus loves me! Yes, Jesus loves me. Yes, Jesus loves me. The Bible tells me so.

I had a bizarre, shuddering sensation that I was the only human soul listening to those bells. I don’t know why that notion terrified me so much.

The few shops that were usually open at that time of day were closed. The fun new coffee house where I took Rosie for a treat after the Christmas parade, had a bright pink sign on the door, announcing that all sit-down restaurants were now closed by order of the governor but that they were allowed to keep the espresso bar open.  There was almost no one on the sidewalks– but then I passed some employees at the used appliance shop, hurrying to store a truckload of old washing machines before the state is locked down at close of business today. One of them was close to me, pushing a dolly with a machine on it, and he couldn’t get out of the way, and there I was, less than six feet, less than three feet, less than a foot away from another human being during a pandemic.

That’s when I panicked.

I’m not brave, you see. I’m not brave or kind or heroic like people think, I am a coward. I didn’t want to be downtown in the cold rain during a pandemic; I wanted to go home, so I broke into a run. I am a fat, plodding, chronically ill woman in my thirties, and I was running as fast as I could from the thought of a microscopic virus. I sprinted down Fourth Street and through a gravelly, pockmarked parking lot to get to the bus stop.

Shelter-in-place or not, the buses are still running. Theirs is an essential service. And I was too out of breath to walk the rest of the way.

The bus driver was one of the friendly ones; “Just in time!” he said.

I went back home, to wash my hands, and to shelter in place. 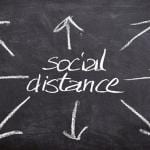 March 25, 2020 Not Everyone Who Says To Me, Lord, Lord...
Recent Comments
0 | Leave a Comment
"Because you assume that you have the privilege to dictate to poc how they should ..."
Jimhere Art, Racism, and the Problem of ..."
"I also hope you are documenting and taking pictures of any vandalism that she does."
Katherine Nielsen Nearer to God in a Garden
"That was a dig. That was Joe Biden's infamous quote about Barrack Obama, that he ..."
Dave G. My Response to Abby Johnson’s Shocking ..."
"Your words don't make any sense. What do you mean "the first mainstream African-American who ..."
Mary My Response to Abby Johnson’s Shocking ..."
Browse Our Archives
Follow Us!