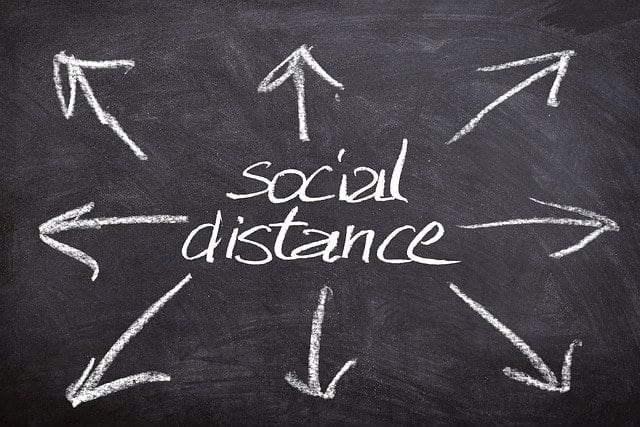 This afternoon I came across an article by R. R. Reno, the supposedly pro-life editor of First Things magazine. I’ve had less and less to do with First Things the past several years, for a number of reasons, but I don’t recall them ever being as ridiculous as this article, entitled “Say No To Death’s Dominion.” This article is nothing but a scandalous, selfish, narcissistic whinge wherein Reno complains that he can’t enjoy himself in any way he likes during a pandemic and it isn’t fair. In it, he makes the preposterous claim that trying to save an enormous number of human lives is “disastrous sentimentalism.”

Speaking of sentimentalism, the article is written in that odd cloying purple prose that often betrays a lack of anything substantial to say. Veteran readers of Steel Magnificat know I’m not a fan. I will pick out the main points of the article and dialogue with them in my usual disagreeable snark. The italics are all quotes from Reno’s blubbering.

Reno sputters, Everything for the sake of physical life? What about justice, beauty, and honor? There are many things more precious than life.

Justice demands that we safeguard one another’s health. We sin against the fifth commandment if we have a reckless disregard for the health of other people. If you really cared about justice, you’d be scrupulously maintaining the rules of social distancing right now. That holds for beauty as well– nothing is uglier than a plague. Beautiful people can catch a virus and die an ugly death. Artists, poets, musicians, architects, gardeners; just about anybody you could name who is in the business of creating beautiful things could be killed by someone being reckless during a pandemic. As for honor, I can think of nothing less honorable than allowing my selfishness to endanger another person’s life. It’s honorable to help people, not disregard their safety so that I can have a good time.

“And yet we have been whipped into such a frenzy in New York that most family members will forgo visiting sick parents. Clergy won’t visit the sick or console those who mourn. The Eucharist itself is now subordinated to the false god of “saving lives.”” Last I checked, actually, priests were still doing their best to do their duty for the sick. I can name some I know personally who were putting their own lives in danger to console the sick just yesterday. Family members are forgoing visiting sick parents so that they won’t kill them. That’s a good reason to not visit your mom and dad, actually. If your mother had a severe peanut allergy and you were covered in Jif, you’d take a very careful shower before giving her a hug. COVID-19 is most dangerous to the elderly, and viruses are microscopic so we can’t tell when we’re covered with them or not. For that reason, we mustn’t touch our parents until the danger has passed. That’s not disrespecting our elders, that’s doing everything we can to keep them safe. And as for the Eucharist, we’re not “subordinating” Him either. We’re just not going to church for the moment so we won’t kill anyone. Staying home from Mass if you have a contagious illness is not only good sense but a work of mercy. This has always been the rule. Since we won’t be able to tell for a time which of us is contagious, we’re all staying home. It’s the same– tragically on a much larger scale, but the same ethical principle.

“Truth is another casualty of this sentimentalism. The media bombard the public with warnings about the danger posed by the coronavirus, when the truth is that only a small percent of the population of New York is at risk.”  The population of New York is 19.54  million. Nineteen million, fifty-four hundred thousand human beings live in the state of New York. Of those 19.54 million, it’s been estimated by one projection that 70% may be infected if we do nothing. For those millions of people, there will be untold suffering and pain, and three hundred ninety-two thousand are predicted to die. 342,000 of those people marked for death might be saved if the whole state remains sheltering in place and if we’re very fortunate. 392,000 is a small percentage of 19.54 million; no one is denying that. But are you really suggesting that fear for three hundred ninety-two thousand people’s lives and the pain and suffering of millions more is sentimentalism? I call it common sense.

“A number of my friends disagree with me. They support the current measures, insisting that Christians must defend life. Don’t try and convince me you have friends with an attitude like this, but very well. Your friends are correct.

But the pro-life cause concerns the battle against killing, not an ill-conceived crusade against human finitude and the dolorous reality of death.” No one is talking about a crusade against human finitude. We’re not going to nursing homes and tearing up all the Do Not Resuscitate orders. We’re talking about mitigating a pandemic. If you knowingly recklessly endanger somebody else’s life, by acting in a way that might make them catch a lethal virus, you’re killing that person: the same as if you killed your unborn baby by swallowing a chemical you knew might cause a miscarriage.

Put simply: Only an irresponsible sentimentalist imagines we can live in a world without triage. We must never do evil that good might come. On this point St. Paul is clear. But we often must decide which good we can and should do, a decision that nearly always requires not doing another good, not binding a different wound, not saving a different life.Yes, that’s correct. No one can do everything or save every life. We have to take reasonable, proportionate precautions. Smaller pleasures must subordinate themselves to greater goods. Staying home from large gatherings for the time being is inconvenient and bothersome. It’s not a good thing. We’ll miss out on lots of fun and it’s tragic to be separated from receiving the sacraments physically just now. But the alternative means you kill hundreds of thousands of people, and that is obviously worse. We’re not asking you to give yourself over to torture and death so that others might live, Reno. We’re asking you to stay at home for a few weeks and wash your grubby hands. That’s a reasonable request.

There is a demonic side to the sentimentalism of saving lives at any cost. Satan rules a kingdom in which the ultimate power of death is announced morning, noon, and night. But Satan cannot rule directly. God alone has the power of life and death, and thus Satan can only rule indirectly. He must rely on our fear of death. And there you go with that “at any cost” business again. We’re not draining you of all your blood or ripping off your toenails. We’re asking you to stay home, that’s all. Everybody should not go out unless they cannot possibly avoid doing so, and in not going out we may save hundreds of thousands of New Yorkers or even millions worldwide. That’s not Satanic. It’s Satanic to be such a selfish preening baby that you’d gamble other people’s lives for your convenience. It is poverty to decide that your neighbor must die so that you can live as you wish.

Religious leaders have accepted this decree, suspending the proclamation of the gospel and the distribution of the Bread of Life. They signal by their actions that they, too, accept death’s dominion. They are still proclaiming the Gospel, mostly via livestream. Everyone is holding off on receiving the Eucharist for the moment, not to accept death’s dominion but to save the aforementioned thousands of lives. In the meanwhile, I see priests attempting to bring the beauty of the sacraments to their flock in new ways, like drive-through confessions, drive-up Eucharistic adoration, and eucharistic processions where every person in the procession stands six feet apart. This is a dreadful circumstance, but it’s leading to a new reverence for the sacraments by the grace of God and a re-thinking of how we can get them to people.

More than one hundred years ago, Americans were struck by a terrible flu pandemic that affected the entire world. Their reaction was vastly different from ours. They continued to worship, go to musical performances, clash on football fields, and gather with friends. Actually,  plenty of schools, businesses and churches were closed during the 1918 pandemic, Reno. That information is widely available. And as you yourself remark in the very next paragraph of this same abysmal article, “not ill-informed. People in that era were attended by medical professionals who fully understood the spread of disease and methods of quarantine.” What we’re doing is a more thorough version of things that have been known to contain viruses for a very long time, some of which were absolutely done during the worldwide influenza pandemic of 1918. They weren’t babies.

We, by contrast, are collectively required to cower in fear—fear that we’ll die redoubled by the fear that we’ll cause others to die. We are stripped of whatever courage we might be capable of. Were I to host a small dinner party tonight, wanting to resist the paranoia and hysteria, I would be denounced. Imagine throwing a dinner party where between two and ten percent of the canapes were laced with cyanide. If you wouldn’t call someone a coward for not attending one of those, it’s not cowardly to stay home from a dinner party to prevent deaths from COVID-19. Of course, I wouldn’t attend a dinner party with R. R. Reno when there wasn’t a pandemic going on either.

As long as we allow fear to reign, it will cause nearly all believers to fail to do as Christ commands in Matthew 25. It already is. I’ve recently posted several examples of people trying to keep Christ’s commandments in spite of the pandemic, actually. Those who didn’t serve the poor before may be inspired to start now, or not, but those who did are still doing so. Matthew 25 teaches us the grave necessity of meeting Christ in our neighbor and serving him there. It seems to me that the very most basic respect we can give our neighbor is to not kill him, and killing is what we’re doing if we violate our governments’ orders to stay at home except for emergencies.

R. R. Reno ought to be ashamed of himself. I hope he finds one of those new drive-up confessionals and makes a clean breast of it, because this kind of selfishness during a pandemic is gravely sinful. We all ought to be looking out for our neighbor, not sulking because obeying the stay-at-home order is difficult. Being this petty about not getting exactly what you want betrays a sentimentalism that is, to borrow a few adjectives, disastrous and demonic.

First Things could do a lot better, but I don’t think they will. 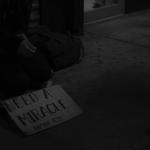 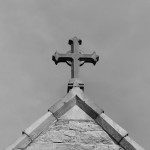