Faith Is A Thing That Holds 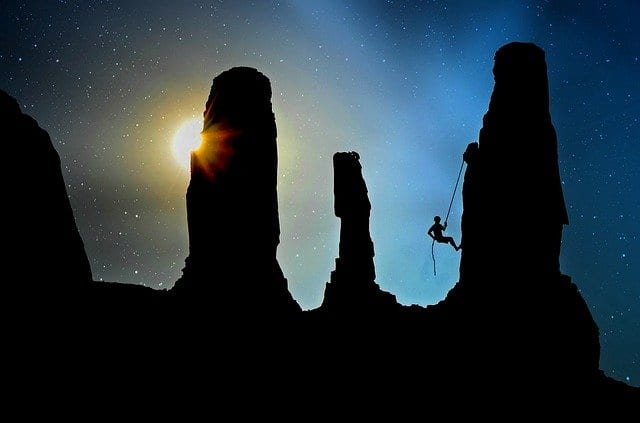 It’s the first day of May.

The narcissus have bloomed, fallen over and died, as quickly as they always do in the Ohio Valley. The magnolias dropped their petals and had to be raked like leaves. Lilacs are blooming now, and Rosie cuts me a fresh bouquet from the ancient bush outside every afternoon. I’m supposed to be working on my garden, if it ever stops raining.

We have been in lockdown since mid-March.

The governor has announced that the stay-at-home order is still in place, but certain businesses deemed non-essential will be allowed to open gradually this month, as we go along, as long as we can maintain our social distance and wear our stuffy masks. Public church services are probably not included on that list, not for most of us, because it would involve a crowd bigger than ten people. The Ohio bishops announced that Masses will not resume until the twenty-ninth at the earliest. Hopefully, in some form, there will be a public Mass at Pentecost, but what form we don’t know.

It’s no secret that I don’t often like going to Mass in the first place– I am a survivor of spiritual abuse, and I have trauma associated with the prayers and rituals of my church. Sometimes it’s agony to go to church. I go because I love Christ and I want to do what He asks, and He sustains me somehow. This lockdown has been a unique torture. We watch liturgies on livestreams now– all the triggering, painful music and imagery with none of the consolation of Holy Communion and knowing I’m actually at Calvary and in Heaven at the same time. That’s what Mass is, after all. A livestream is just noise.

I’ll deal with the noise, which is one issue, for at least another month. Next month, perhaps, I’ll have to deal with all my other issues again.

I live my life at home, writing, breaking out once in awhile to buy groceries and drop food off at the Friendship Room, spending far too much time on social media. Last night I had some fun as my atheist friends all watched the abysmal “God’s Not Dead” film at the same time, and live-snarked it for us. I snarked too. I don’t know how anyone can take that film seriously.

We bantered about how Nietzsche didn’t actually mean what the Newsboys and David A. R. White apparently think when he said “God is dead,” and about how nobody actually grooms themselves or dresses that well for a 100-level philosophy class, and how philosophy classes aren’t actually about whether God exists or not. The whole dilemma was made up.

My atheist friends are mostly ex-Evangelicals who were also spiritually abused as I was. They have a different notion of faith than the one I’ve found– as if faith were something you were supposed to hold onto with all of your might, and if you let go before you died you’d fall directly into hell, but if you held on until Jesus came for you He’d save you.

Some Catholics were raised with that notion of faith as well. I was. I was supposed to hold onto my beliefs as if they were a climbing rope and I was suspended over a lake of bubbling lava at all times. I had a brother who was far more intelligent than I am, passionate and relentless in his thirst for understanding, adamant in his refusal to accept anything that sounded like manipulation. I wasn’t at all like him. I was a brown-noser desperate to please my teachers. I dissolved into tears and hysterics when  I found I couldn’t please them because they didn’t like me. My brother didn’t care if he was liked. My brother was a real philosopher. He never let anyone get away with anything. He needed to understand and to know why. For that, he was told he had a “rebellious spirit.” His questions were shot down again and again. He was regarded as a reprobate. People used to put little statues and prayer cards of Saint Jude near his computer, to show him he was a hopeless cause. One of the ladies in our community,  a woman regarded as a prophet, said to the rest of us children, in front of his face, “Don’t worry. If he goes to hell, you will still be perfectly happy in Heaven.”

I didn’t believe her, because I loved my brother. I couldn’t imagine being happy if he was suffering– that would make me a bad person, a person without compassion. But I tried to hold on.

I am far, far away from my family and the people I grew up with.  I don’t expect to see them again and they don’t want to see me. I am trapped in a town I don’t like, in a region of the world that is overwhelmed with cruelty and darkness, in the middle of a once-in-a-century pandemic, in a world that is slowly burning to death because of the greed of men. I can’t go to Mass or receive the sacraments because if we as a community do that, we might cause mass deaths. And when I’ll finally be able to, I won’t find much comfort there.

I would never say anything as simple as “I still have faith.” But Faith does have me.

I don’t really think of faith as some kind of climbing rope that you must hold onto, or you fall and die. Not anymore. It’s more like this: here is a climbing rope, not very comfortable to hold onto. Here is the mountain, which in some places is sunny and beautiful and covered in wildflowers but in some places it’s sheer rocky cliffs like this one. Here is the air all around me and the ground I mustn’t look down at or I’ll lose my nerve, but of course I do. Of course, in the course of climbing, I panic and look down and then panic even more, and then I let go of the rope.

I fall, my stomach lurches, the wind whistles through my ears, I smash like a ripe peach on the ground a mile below and it hurts like literal hell. The medics sweep me up onto a gurney and take me to the hospital, where I am stitched back together like a messier version of the dry bones in Ezekiel. Life is breathed into me. I go back to the mountain and climb again. This time, by some miracle, I make it to the top. At the top I look up and see Heaven so impossibly far above me that I might have just stayed on the ground for all the good I’ve done.

And then the mountain turns into mist, and God reaches down from Heaven and tells me that He Himself, everywhere present and filling all things, was there in the rope and the stone and the sheer cliff and the wildflowers, the air whistling by. He was suffering with me when I smashed on the ground, He Himself was the One Who swept me up and put me back together, He is the mountaintop and everything else. And then I see the face of God and live, Heaven dissolves me like cotton candy thrown into a swimming pool, and then I open my eyes and that’s my daily meditation over with, and then I have to go about the rest of my day. That’s what Faith is.

I’m not saying I have that exact experience whenever I pray. Sometimes when I pray I just sit there and try not to think about how much I hate myself. But that journey I’ve described is something like the experience of contemplative prayer, and to me, that contemplation  encapsulates and makes visible what’s happening at every moment of our day-to-day lives as Christians. We journey, we fall, we die, we rise, we don’t know what we’re doing, and then Heaven sets us right again. All of that is Faith.

Faith takes us in and out of the church building itself, into the street, into the wilderness, to whatever Calvary our vocation demands of us, and every time we fall and die we rise and are exalted.

I used to be annoyed by happy clappy Charismatic priests who would not say “The Mass is ended, go in the Peace of Christ.” They would say “The Mass never ends, it must be lived, go in the Peace of Christ.” But I am meditating on that now. The Mass goes on and on, because the Mass is the junction of Heaven and earth where all our journeys are one, and our journey hasn’t ended yet.

It’s not so much a matter of holding fast to your faith, which is too big to grasp anyway. Faith holds you. It cannot do otherwise. Faith is a Thing that holds on. By faith, we can hold on, but it won’t look the way we think it’s supposed to. And even if we fall, faith holds.

I don’t know if we will be back in churches by the end of the month, but the Mass never ends.

Faith is a thing that holds. 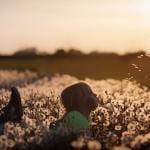 April 28, 2020
Dandelions are the Poor Man's Marigolds
Next Post 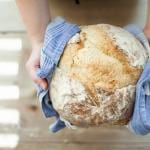 May 3, 2020 To All Who Grow And Bake And Sew
Recent Comments
0 | Leave a Comment
Browse Our Archives
get the latest from
Steel Magnificat
Sign up for our newsletter
POPULAR AT PATHEOS Catholic
1

Forgiveness is For Losers
Christian forgiveness is a revolution. It does what revolutions always do: it...
view all Catholic blogs
What Are Your Thoughts?leave a comment
Copyright 2008-2020, Patheos. All rights reserved.