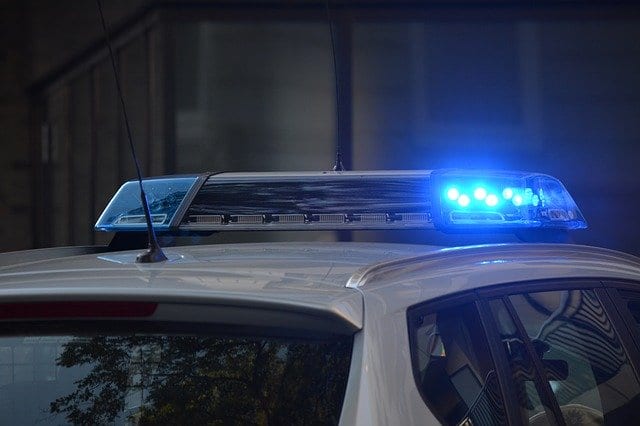 I woke up on Monday to video footage of a white woman lying to the cops about a black man while choking her own dog.

A white woman named Amy Cooper was videotaped in Central Park by a black man who was no relation, but happened to share her surname: Christian Cooper. Mr Cooper was a birdwatcher, and he was asking Ms. Cooper to leash her dog. The dog was running unleashed in a part of Central Park called The Ramble, which is deliberately overgrown to be a refuge for birds to nest in. Mr. Cooper was there, bird watching.  Mr. Cooper apparently tried to coax the dog away from where it was harming the Ramble with a treat. Ms. Cooper began dragging her dog around by the collar in a cruel, strangling fashion, and then she took off her COVID mask and made a false 911 call claiming Mr. Cooper was threatening her.

The video was posted to Twitter, I believe not by Mr. Cooper but by a relative of his, and it went viral as yet another white-women-calling-the-cops-on-black-people-doing-harmless-things sensation. This one was particularly grievous because she specifically threatened to lie to the police, and then she did it, raising her voice to put on a convincing performance.

I count four crimes in that video: having her dog off leash in the Bramble in the first place; choking the dog like that which is animal cruelty; taking off her mask in public in violation of New York’s current social distancing guidelines; and the false 911 call itself which could easily have gotten Mr. Cooper killed. But Amy didn’t fear the cops. She wasn’t afraid of having a policeman brutalize and kill her, even after she was caught on camera breaking the law. She seems genuinely surprised to be receiving such a backlash; her apology includes an insistence that she isn’t racist, and that “When I think about the police, I’m such a blessed person. I’ve come to realize especially today that I think of [the police] as a protection agency, and unfortunately, this has caused me to realize that there are so many people in this country that don’t have that luxury.”

No doubt, in her life, the police have not been a threat of what might happen to her if she steps out of line. They’ve been a “protection agency” keeping her safe if she feels threatened. So much so that she called them to dispose of the black man who did nothing wrong except to catch her committing a crime, and to make her feel afraid.

I went to bed on Monday night, angry but unsure what to do or say.

I woke up on Tuesday to grisly video footage of police officers disposing of a black man.

The name of the black man was George Floyd, and he was lying on the pavement with a police officer’s knee crushing his neck.

The police said they had apprehended Floyd for forgery– which is not a violent crime.

Mr. Floyd moaned that he couldn’t breathe and was in pain, but the police officer didn’t get up. He remained there, calm, and his fellow officers remained standing around him, coolly watching, while Mr. Floyd begged for mercy. And now Mr. Floyd is dead.

The Minneapolis police department announced that the police officers were fired, as if that was enough.

Later yesterday, I also found out that Amy Cooper was fired from her job, and her dog taken away by a rescue organization. She complained that her life was being “destroyed.”

Yesterday night, I watched the photos and video of protesters mourning for George Floyd in Minneapolis  and demanding the prosecution of his killer. I’m not saying they all behaved themselves– some did, but some smashed windows and the like. The police reacted with rubber bullets and tear gas. Even a reporter got shot.

Last week, and indeed for the past month, I’ve seen photos and videos of protesters marching on government buildings demanding non-essential businesses reopen so they can get a manicure and a haircut. I’ve seen photographs of white men armed to the teeth, screaming in the faces of policemen who watched calmly. They stormed government buildings with their guns, an act of terrorism. They forced government functions to be postponed. And nothing at all was done to them.

Protesters demanding justice for the slow, methodical murder of a black man got tear gas.

I don’t know what to say.

I’m supposed to say something. It would be wrong if I didn’t. But the situation is so obviously, ludicrously unjust that I’m at a loss for words. I don’t know what to say except that this is a travesty. There’s no way in which it isn’t. I live in a dystopian nightmare and I am ashamed of my country.

I live in a country where white men bored with social distancing can storm a government building brandishing weapons and demand their own way, and they’ll get it, and nothing will happen to them. If a white person is videotaped committing four crimes at once and the video goes viral, she might lose her job and get her abused dog re-homed, and that will surprise her. She’ll complain that her life is being destroyed. If a white policeman is videotaped slowly and calmly suffocating a black man who begs for mercy, he might get fired but maybe not. And demands for any further punishment will be met with tear gas and rubber bullets.

I don’t know that I’ve ever personally witnessed a more stark demonstration of America’s violent double standard than I saw early this week.

It shouldn’t be controversial to say that it’s wrong.

Yet here we are.

May 28, 2020 If You're Angry About the Looting of a Target Store
Recent Comments
0 | Leave a Comment
"There is. And since the university banned him years ago, and the TORs seem to ..."
Mary Franciscan University Responds to the Father ..."
"There is such a thing as false rape accusation. I have a relative whose life ..."
american Franciscan University Responds to the Father ..."
"Hope you're feeling more of Easter now."
Sherry The Grace of God in Scrambled ..."
"I'm sorry to hear that a priest you trusted and who ministered to you was ..."
Jack DisPennett Father David Morrier Has Been Indicted ..."
Browse Our Archives
get the latest from
Steel Magnificat
Sign up for our newsletter
POPULAR AT PATHEOS Catholic
1