During a Dangerous Year 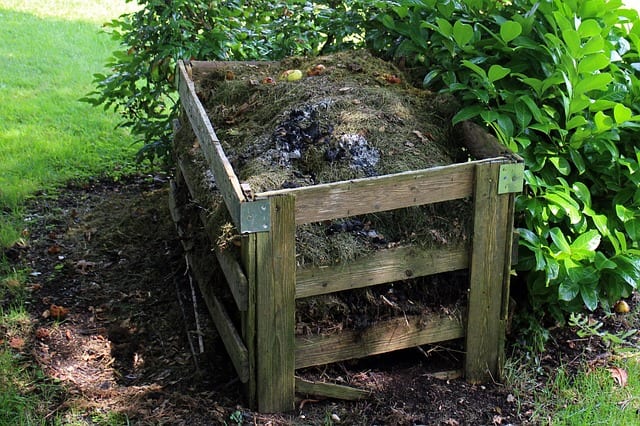 Rosie is completely over her virus now. She’s out of danger– nothing left but a little fatigue, and a back and shoulder cramp that woke her up last night and hurt again this morning. Those are also much less than they were. She’s going to be fine.

A lot of people are not going to be fine. Here in tiny Jefferson County, we’re still getting between two and ten new confirmed COVID cases every day. The gossip on the bus was that there’d been a confirmed case at the low-income high rise downtown, which is nothing short of terrifying. I don’t know how one person in a building that crowded could catch a disease that contagious, and not give it to everybody else.

They say it’s going to be a terrible winter.

The menacing neighbor has been angry and loud, lately, but she still believes my bluff about the camera.

There is a normally friendly gentleman who pushes his lawnmower from house to house offering to mow in exchange for grocery money. He showed up on the porch after dark this weekend, his eyes bloodshot, twitching and angry looking, and he was back again tonight claiming he’d mowed our lawn when we weren’t looking and wanted payment. He left when Michael told him to, so I’ve no reason to feel this nervous.

I don’t know what it is about LaBelle that makes people go from friendly and eccentric to angry and unstable, but they do. Maybe it’s all the poison in the air and earth. Maybe it’s drugs. Maybe it’s just the end of the month and everybody’s desperate.

Those beautiful, dangerous backyard fireworks are over for the year, but LaBelle still feels like a powder keg.

My hobby is looking at houses for sale, anywhere else but here. I want a 1700-square-foot foursquare with central air on a quarter acre. I want it far enough out of town that chickens and an apiary are practical, but close enough to Pittsburgh that I can drive in and go to liturgy where nobody knows me whenever I want, if it’s ever safe to go to liturgy again. I think about it constantly. I’ve got every cheap foursquare on a quarter acre between here and Pittsburgh saved on Zillow, even though I couldn’t possibly afford a down payment.

I search the real estate websites daily, and as I click through photographs I plan out a garden. A clover lawn with moss in the shady patches, plenty of room for Rosie to run around and play. A porch swing for the tiresome grown-ups and a tire swing for her. Twice the vegetable patch I have now. A giant wooden planter of potatoes. A rooftop apiary of native pollinator bees. A “chicken tractor” so my Plymouth Rock hens can scavenge and peck all over the yard. A great pyramid of everbearing strawberries. A long hedge of blackcaps instead of a fence. A postage stamp orchard of peaches. A shady tunnel of purple grapes by the garage. Climbing roses, the kind that haven’t had the fragrance bred out of them, all over the porch. Classic lilacs and bloomerang lilacs lining the front. Bulbs in the planter and giant sunflowers somewhere else.

What I have is my little rental house in LaBelle, with vegetables and a compost heap in the back and a planter of wildflowers in the front. I have neighbors who are increasingly more hostile, in a small town increasingly more dangerous, on a nasty bend of the Ohio, where the Rustbelt meets the Appalachian Mountains, in a world that is burning to death.

I go out to work in the garden every day. First I peek out the front door to make sure that the twitchy man with the lawnmower isn’t coming up the walk. Then I run around the side of the house and peek around the corner, to make sure that the menacing neighbor isn’t tending her dried out lawn. Then I start pulling up weeds, watering, admiring, harvesting. I jump a little whenever I hear a screen door, but if the neighbor comes out to glare at me I pretend I can’t see her.

This time of year, I’m bringing in enough basil for a bowl of pesto every week, and a pint of bush beans almost every day. I have big heaps of summer squash to eat and share. We’re still going through the onions I harvested a month ago. The corn is just beginning to get tassels and the cucumbers produce a lumpy fruit every once in awhile. The bell peppers have blossom-end rot and have to be eaten while they’re green, but the lunchbox peppers give me fantastic bright red ovoids that taste like candy. The cilantro bolted on the first ninety-degree day, but the white flowers it gave me are still delicious. I’ve been able to bring food to the Friendship Room twice. Rosie has her fresh broccoli that she eats right out of the patch like apples. The pumpkin seeds I planted on a whim put out the most obnoxious vines that creep all over the sidewalk, and I’ve spotted at least two tiny pumpkins beginning to develop.

Planning the perfect garden, while tending to and sharing the garden I have, is what keeps me alive in world burning to death.

This evening I went out to bury the day’s kitchen waste in the compost. I peeked out the front door for the lawnmower man, then tiptoed around the corner and peeked again for the neighbor. Then I dumped the eggshells, apple cores and portabello stems on top of the green and brown heap. I realized that I hadn’t brought a shovel or a spade to bury them.

It was starting to rain. I didn’t want to run and get the shovel. The compost at the top was nearly dry, mostly pulled weeds and grass clippings, not at all disgusting. I decided to turn it over with my bare hands.

Underneath that thin top layer, the compost was hot. It was hot enough to take a bath in, hotter than Rose’s fever had been a few days ago. A ghostly white mushroom was growing out of it, feeding on the loam.

The earth and its fullness are alive. The soil we walk on is alive. Even dead things, pulled weeds and the shells of eggs, are alive. They give warmth, and new life springs out of them.

That’s a miracle enough to encourage anyone, during a dangerous year. 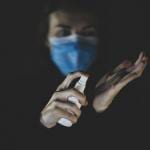 August 3, 2020 Saint Therese, Stella Immanuel and the Charismatic Renewal
Recent Comments
0 | Leave a Comment
Browse Our Archives
get the latest from
Steel Magnificat
Sign up for our newsletter
POPULAR AT PATHEOS Catholic
1