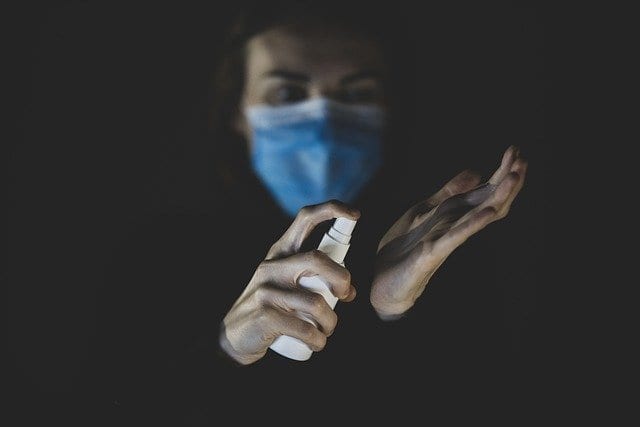 There was a time when an eight-year-old with a virus wasn’t absolutely terrifying.

Still, that doesn’t mean that I didn’t google “COVID-19 in children” and “Multi-system inflammatory syndrome” every few hours. Just in case.

“I’m a mother. We worry twenty-four hours a day,” I said, when Rosie fussed at me for checking her temperature the thousandth time.

For a couple of days, she smoldered and flushed, and threw up every mouthful she swallowed. I’m usually thankful Rosie doesn’t like soda or juice, but suddenly it was a problem. She needed hydration and calories. She complained she was so hungry her stomach hurt, but everything she put in it came right back up.  And then the cramps started. She was in bed with me all night, moaning in pain when I wasn’t rubbing her tummy or legs, two nights in a row, so nobody in the household got any sleep. She drowsed on the sofa while I watched a video livestream liturgy and tried to pray through my worry.

And then came the rash: hot, itchy rings on her back as if someone had used her for a coffee table with no coaster. Itchy bumps on her fingers and toes.

The rash was when I called the doctor in the middle of the night. I didn’t know how I could possibly get to the hospital if that’s what he told me to do. I envisioned an ambulance pulling up outside my house,  the menacing neighbor coming out in her nightgown to rant at the medics that I’d somehow done this with my vegetable garden.  Fifteen terrified minutes later, her pediatrician was calmly explaining over the phone that everything from sunshine to food sensitivities to sweating can cause hives, and they’re nothing to worry about in this case. I could bring her in for a prescription if she goes much longer without eating and drinking, but other than that I shouldn’t worry.

This was a virus, but not THE virus.

A danger, but not THE danger. A much lesser danger. An ordinary danger.

Rose would be safe– or as safe as any of us are.

And a bit later, the fever broke for the last time, The hives started to dry out.  And now she’s lying on the sofa– queasy, cramped, exhausted, but nibbling a muffin and on the mend.

That’s why I wasn’t here blogging for several days. Rosie was sick, and I haven’t slept a full night in some time. It’s taking me hours and hours just to write this because I’m so exhausted.

This all brings us today, when the fever was broken but Rose was still sleepless and exhausted from pain. I noticed that a form I was supposed to turn in to the Department of Job and Family Services for our Medicaid was two days late– they’d printed a Sunday due date for some reason, and I hadn’t even thought about it while Rosie was having hives. Besides that errand, we needed more children’s ibuprofen and I wanted to get her more library books. Michael sat on the sofa tending to Rosie. I donned my mask and went out.

Steubenville has always had a frightening, apocalyptic look to it. There have always been ordinary-looking streets right next to terrifying slums, derelicts and torn-down rubble next to residential houses. There have always been two factions of people who dress, speak and act totally differently: the townies who were here for generations, and the Frannies who came to the Ohio Valley because of Franciscan University and then got caught in the vortex. Now, though, there’s another division: half the people in Steubenville finally believe that COVID-19 is dangerous, and the other half still think it’s a hoax. And this division cuts between both groups; some Townies and some Frannies are carefully social distancing, and some Townies and some Frannies are pretending everything is normal. Jefferson County is spinning out of control; we’ve doubled our previous three-month total of COVID cases since June, and there are new confirmed cases every day. But half the people here still don’t believe it’s happening.

On the bus, there was a gaggle of teenagers, unmasked and acting up, and there were also several terrified people in masks, trying not to touch anything. When I got off at the Friendship Room to drop off some squash from the garden, the volunteer who greeted me was masked and gloved. There were warning signs to wash your hands all over the porch. Across the street at that beautiful Baroque Catholic church, an elderly woman was sitting on the steps unmasked, staring. I made my way down Fourth Street, and some people started at me nervously over their masks and kept their distance. But some were walking around unmasked and gathering in groups to talk and laugh.

When I got to the Department of Job and Family Services building, it was locked up. There were STOP signs pasted all over the door, and a drop box with a selections of envelopes on top beside it. One of the signs instructed supplicants to find the envelope with the label that best matched their case, write their social security number on the outside, stuff it with the documentation and seal it before dropping it in the box.

The person in front of me rifled through the envelopes, ungloved and unmasked. He didn’t try to keep six feet away from me when he finished. I sanitized my hands before touching what he’d touched, as if I could somehow retroactively protect him by doing so.

People had clearly been rifling through the envelopes all day, because they were not in any order and some of them were turned around backwards. I had to pick up the whole stack and sort it by hand. Finally, I found one with “EBT BENEFITS MEDICAID WELFARE” typed on it, circled “Medicaid,” and stuffed my documentation inside. I wrote down everything they expected me to write.

I lifted my mask  for just a second, and I licked and sealed it.

And then I realized I’d just licked an object that multiple people had been handling and breathing on all morning, on a swampy July day in downtown Steubenville, in Jefferson County, in the middle of a pandemic.

Down to the library to rinse my mouth and check out picture books, the two worlds played out before my eyes again and again. The library was clean enough for surgery, with a man walking up and downstairs sanitizing everything as I browsed. Out in the street, people were walking around unmasked, quarreling and screaming into phones. Customers were masked at the grocery store and unmasked, smoking, outside of it.

On the way home, an unmasked woman was chatting with a masked friend on the bus. They were swapping rumors: that there was going to be another shutdown, that everyone in the country would be infected by next spring. The unmasked woman had heard from her son there was a case at the crowded Section Eight high rise downtown, where the masked woman lived, and she hadn’t been told yet.

I ran home and hugged my Rosie, who threw up one last time, all over my hand and arm. After a long nap she was better. We giggled and watched Netflix on the sofa, and then she was able to eat; I think she’ll be back to her normal, ordinary happy self by morning.

I don’t know when the world will be back to normal– out of crisis and back to more ordinary dangers.

Perhaps it never will. 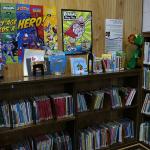 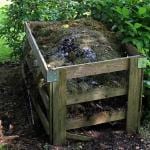