Nearer to God in a Garden 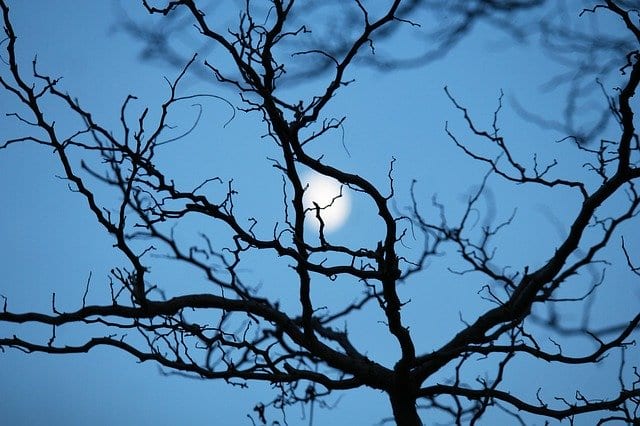 I remember a line from a kitschy poem I’ve seen carved in plaster paving stones for sale at gift shops: One is nearer to God in a garden, than anywhere else on Earth.

I’ve often thought this must be true.

God used to walk with Adam and Eve in the cool of the day in a garden, after all. Gardens seem to be where He likes to be.

I’ve been doing my gardening in the cool of the day. It’s been quite hot and sunny in Steubenville, so I go outside at about eight o’clock at night to water the plants and pull weeds. It keeps me from getting overheated and triggering a fibromyalgia flare-up. This has been the least flared summer in years and years, because I am being so careful.

Last night at eight o’clock, I was pulling weeds when the menacing neighbor came outside to smoke a cigarette and stare at me, wearing nothing but a slip. That scared me, so tonight I waited until late. At eleven o’clock at night I went out with a flashlight and my bucket of water; Rosie couldn’t sleep, so she came out as well with her squirt guns to help me. She has the kind of squirt gun that comes from the Dollar Tree and is nothing but a long tube with a plunger stick you pull out to fill and push in to dispense. We got halfway through watering before I heard the neighbor bumping around by her back door, and then the door slammed.

And then her great big German shepherd was near my ankles.

Thanks to the other neighbor’s gift of chicken wire, there was mesh between me and her jaws. The garden is fenced, but not the yard. But she, the dog, was on my side of the property line, with the chain that held her nice and long. She’s such a large dog that I imagine she could jump the fence if the neighbor made the chain any longer; as it was, she remained there, alert, panting, not barking.

I tried not to look back. But I’m a coward, and I looked.

But Rose went to sit on the steps at the other end of the yard.

I was determined not to let a bully scare me. “The cucumbers need lots of water.”

“You know that sh*t ain’t edible,” said the neighbor, loud, menacing, somewhere at the other end of the dog’s chain.

I went through the garden, barefoot, stepping by memory so I didn’t crush any of the bush beans I’d scattered to shade the ground. One hand on the pail handle and one hand on my flashlight. Trying to look intimidating, which I’m not.

I poured the pail of water over the cucumber, messily, drenching the leaves like you’re not supposed to do. Careful gardeners only water the “feet,” the bottoms of plants, the soil down by the roots. Plants drink through their roots, not their leaves. Watering the leaves gives plants a sunburn by day and I don’t  know what effects at eleven o’clock at night. I read about all of this a long time ago, but I couldn’t bring it to mind just then. Of course, I don’t necessarily expect my garden to last the night at this point.

“Come on, Rose,” I bluffed loudly. “Let’s lock the door and turn on our camera.”

I prayed to God my neighbor believed I had a camera.

I have prayed to God to get me out of Steubenville for fourteen years, now.

When I came here I was still a Charismatic; I believed in signs and wonders and miracles. I thought I would be two years getting my master’s degree and then go somewhere else, somewhere where God would lead me, where I could be useful with what I’ve learned in Steubenville and save unborn babies. I went through everything I went through– a chronic illness, spiritual abuse, an engagement and a wedding, a pregnancy ending in a rape and a disastrous emergency Cesarean, poverty, that apartment building with the neighbors as bad as the one I have now, trying to become Byzantine Catholic with humiliating results, going back to the Latin rite, two moves to different rentals, now five years of harassment in this house. She goes inside for the winter when it gets cold and comes out when the weather gets warm. All the time I’ve been praying for a rescue.

Sometimes, I admit, I despair.

I am afraid that God isn’t going to come back for me. That, perhaps, He isn’t here at all. That this beautiful universe so full of miracles and mysteries is just a glorious piece of clockwork with no craftsman. I’ve felt that way plenty of times. I sometimes call that “Intermittent Agnosticism” because “Dark Night of the Soul” sounds too grand. “Dark Night of the Soul” is something that happens to much better poets, in Spanish monasteries hundreds of years ago. It’s too profound-sounding for the ugly Labelle neighborhood, in Steubenville, Ohio, in 2020 when the world was dying of plagues and wildfires, in early July, at night.

I’m sorry if I’m being too dramatic. My readers know I’m nothing but dramatic. My mother used to call me “the diva to end all divas” and I’m sure she was right.

Everyone who’s spoken with me and told their stories along the way: I pray for you. I pray a lot.

Sometimes I think about that parable of the steward getting drunk and beating the other servants while the Master is far away and delayed in coming back. I pretend we’re all those abused servants– maybe beaten so hard we feel we’re dead, beaten and thrown out of the house entirely or down into a basement. And I pretend I’m screaming into the dark to the Master, or to anyone who will run and intercede and tell the Master what’s happening and make Him get back here and set it right. I make as much of a nuisance of myself as I can to that Master, for our sake.

Sometimes I cannot feel that Anyone exists to hear my prayer.

Sometimes I find Him there, suffering with us, beaten by those same evil stewards who are tormenting us. Both spiritual and civil authorities abused Christ. They abused Him physically, emotionally, sexually, spiritually, and threw Him out of the Holy City dedicated to God His Father. And then they wiped Him out of the land of the living, but He came back.

And He will come back.

I used to believe in the god of Franciscan University and the Charismatic Renewal, a vending machine god who would give you just what you wanted if you prayed hard enough and got all the demons exorcized from your family line, a god who only refused to gratify you if you were evil. Now I believe in the God Who suffers with us, the God Who is big enough to exist even when we can’t feel His presence, the God Who, Himself, suffered this despair– not the sin of despair, but this impossible sense of despair– on Calvary.

First He went to the garden of Gethsemane, where He suffered terrible fear and panic and then was betrayed, and it seemed to everyone that God abandoned Him.

I guess that kitschy poem is perfectly true, after all.

One is nearer to God in a garden, than anywhere else on Earth.

It’s just not always the garden I imagined, but He is here.

July 1, 2020 Please Read My Friend's Article on Gun Violence
Recent Comments
0 | Leave a Comment
Browse Our Archives
get the latest from
Steel Magnificat
Sign up for our newsletter
POPULAR AT PATHEOS Catholic
1