Nothing Can Make This Right

Nothing Can Make This Right August 18, 2020 Mary Pezzulo 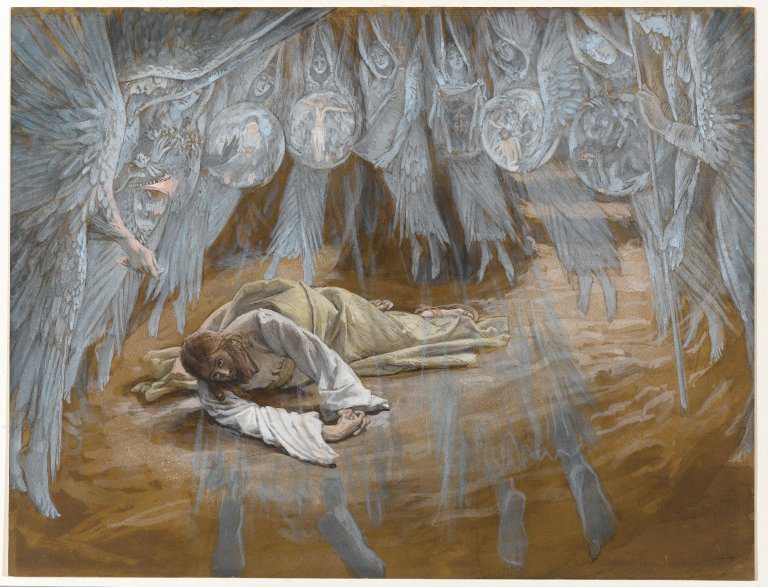 I found out today that a baby had died alone.

It was all over the news after I got back from running an errand. Parents from downtown Steubenville are accused of leaving a two-year-old child alone in his crib from two in the morning until noon over the weekend. At noon they found him dead, and then the mother went shopping.

The judge asked if that mother had any other children, and the answer was yes. She had eight others, all of whom had been removed from her by CPS in the past. And the internet quickly found out that she’d given birth to a tenth just a week ago. They were sharing the screenshot of her facebook post announcing the birth in the comment section.

I tried not to think about that all evening.

I tried not to think about the fact that I had been asleep in my own house during all the hours the baby suffered alone in a different part of town, completely unknown to me, on a street I’d walked down many times. For some reason it seemed especially terrible that Rosie had been having an anxious and lonely day that day, and I’d been too tired to be much fun. Michael took her to the park for the first time since the COVID emergency began; she played on the swings in her mask in the evening, and I cried once again at the thought of what a terrible year it was.

Why was that important? Why could I not stop thinking about what I was doing when a child I’d never met died alone?

The enormity of the suffering and child neglect in the Ohio Valley is something I can’t even describe. This is a hopeless place. There have probably been many tragedies like this in the years I’ve lived here, but somehow this one got under my skin.

I kept thinking that I had seen the mug in that mug shot before somewhere. On the bus, perhaps, or at the Friendship Room which is near the house where her son died alone. Or maybe it was somebody else with the same exhausted eyes. Lots of people look exhausted here.

She had eight children taken away, and they still let her keep a baby.

I tried to banter with people on social media, as I always do. I tried to do phonics with Rosie in her eccentric workbook that has her read such oddly poetic sentences: “Would you eat a cactus for dinner? Would a raven make a good pilot?”

I tried to watch a cooking show and drink my coffee.

Nothing made the horror go away.

Rosie wandered out to play, then in to complain that it was unexpectedly raining. Then she wandered back out to the porch, and in again to tell me that there was a rainbow outside, and there was: the brightest, most vibrant rainbow I’ve seen over LaBelle in years. It didn’t look real. It looked like it must be a cartoon. The Baker Street Irregulars shouted at me from down the street to look at it, as if I wasn’t looking already. Even the menacing neighbor came outside and snapped a photo.

It seemed obscene, to look up at an impossibly bright rainbow arching over downtown, while trying not to think about a dead baby.

I went back to the garden.

Most of the squash had already died off and been thrown on the compost heap. I’d planted some tiny stringy broccoli seedlings in their place, but they fell over and died overnight. I sprinkled broccoli and kale seeds all over that part of the patch, just to see what would grow for Autumn.

I’m trying to stretch out the garden til the last possible minute before a hard freeze, just to see how long I can grow food. I planted peas in the soft mud along every single inch of the fence I built to keep the menacing neighbor out. I planted peas in the planter where the obnoxious pumpkin vine is taking over the side of the house. I pulled up perfectly good bean plants to make room for the tiny butterbush squash plant because I’m sick to death of beans– but as I pulled them off, I yanked the beans off for one last meal before putting the bushes in the compost. I tore up fists full of crabgrass and accidentally took a few strawberry runners with them. I yanked up a pepper plant that annoyed me.

The garden didn’t need weeding that badly, but I needed it.

I needed to break something.

Nothing can make this right.

Nothing can make the painful death of a baby right, ever.

If God turned the tapestry around to show me that He’d deliberately killed that baby and caused that suffering for some higher purpose,  I would know for fact that God was evil and a liar, because nothing in Heaven or on earth can ever make an evil thing good.

I grew up believing in a god who inflicted suffering on purpose. Some souls he hurt to punish them; some souls got caught in the crossfire of his punishments and died horribly– it was said that the Indonesian tsunami that killed so many people, for instance, was a punishment for child trafficking, and that AIDS was a punishment for homosexuality. On the other hand, this terrible god of my childhood hurt some souls specifically because they were good. They were so good, he marked them for a life of suffering and bad luck to offer it up from other people. That was the catechism I was taught.

I don’t believe in that dreadful idol of my childhood anymore.

The only God I know now is Christ, Who descended from Heaven to Earth in order to draw Earth up into Heaven. Christ Who became Man so that man might become God. Christ Who does not explain to me the mystery of suffering or the mystery of why evil exists, but only demands to suffer the consequences of evil Himself so that no one suffers alone. I know that, because Christ became Man, every human suffering is drawn up into the suffering of Christ. My shock is Christ’s shock. My fear is Christ’s fear. When Rosie is bored and lonely in this, the worst year of her life so far, Christ is bored and lonely in her. Everyone who is abused is Christ abused. And every baby that dies alone is the Christ child dying alone.

I believe that I will see Christ coming on the clouds of Heaven to judge the living and the dead. I will see His blessed mother, and love who she really is instead of the person I fear she is sometimes. I will see that child who died alone and every other child returning, and all the graves open, and every wrong righted. That day is coming soon. That day has always been coming soon. And the Glory of the Lord shall be revealed, and all flesh shall see it together, for the mouth of the Lord has spoken.

Does this make it all right?

No, nothing can make it all right.

Not even God can make it all right.

Does this explain it all?

Not in the least.

It’s just something I believe, that’s all.

I brought in my day’s harvest and changed my dirty clothes, while Rosie played in the kitchen.

I cried, inside, where no one sees but God, and God cried in me.

There is a gofundme for the baby’s funeral expenses, if anyone would like to help. 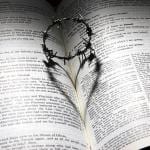 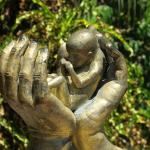 August 19, 2020 Save Lives or Punish People? Which is Pro-Life?
Recent Comments
0 | Leave a Comment
Browse Our Archives
get the latest from
Steel Magnificat
Sign up for our newsletter
POPULAR AT PATHEOS Catholic
1