This is one I didn’t know about, and it took place right in my neighborhood. You’ll find out why I learned about it just this week when I’m done telling it, I promise.

As my veteran readers know, I live in a scruffy poor neighborhood that used to be middle and upper class, back when anybody in Steubenville besides the odd Catholic celebrity had money. This was an affluent place to be about sixty years ago, when the mills were all working. A middle-class family could have a nice house  in this neighborhood, back then.

Of course you wouldn’t want to live here in any of the nice houses, when this was an affluent place. The steel mills made the air so filthy in Steubenville that it was dangerous to go out of your house at a certain time in the afternoon; it could leave you with sores. The snow on the ground turned black in a matter of hours every winter. Everyone had a cough and nobody knew that wasn’t normal to have a cough. Dominican sisters who taught school had to wash their white habits twice a week instead of the customary once, because the white turned steel gray in few days, just from exposure to polluted air. All of those stories are anecdotes I’ve been told by older people who lived here, back when people had money. But still: if you lived here, you could afford a nice house.

People don’t have money here anymore, not since the steel industry went elsewhere. The industry didn’t agree to stop polluting the earth, they just moved all that destruction somewhere else, to condemn foreign people to a slow death breathing ash, leaving Steubenville with nothing. This neighborhood is no longer rich, except for one strip of it facing the Ohio River where the celebrity Catholics that teach at Franciscan University live. They are always trying to pass laws to gentrify LaBelle, to drive the poor out, but the poor have nowhere to go.

Those beautiful old middle-class houses are mostly badly decayed and rented out to poor people for cheap, now. I live in one. Some of them were chopped into the world’s most uncomfortable apartments. These apartments have no air circulation and get unbearably hot in summer, because they were made by stuffily blocking off each story of a three-story house. They have bad water pressure because they were meant to be a house for one family, and were divided into apartments with a kitchen sink and a bathroom stuck on as cheaply as possible. They have terrible electricity, and sometimes they catch fire. Children who live there often test high for lead in their blood. When the ceilings leak, jet black water leaches out of the upstairs apartment’s floor boards and soaks ghostly shadows into the walls– that’s the coal dust that used to be in the air and settled in the buildings, pouring out. I used to live in one of those apartments on another block.

The name of the neighborhood is LaBelle, ironically enough, French for “The Beautiful.” The locals call it “the hilltop” because it’s up on a cliff overlooking the downtown slums.

That’s the setting for our true crime story.

On Euclid Avenue, in one of those stately houses chopped into torturous cheap apartments, there lived the Barnes family. The Barnses had three children. The youngest was a boy, and he doesn’t come into this story much. The elder two were girls. The father was shot to death by someone the newspapers bizarrely called “a friend” when his eldest was seven and the youngest was just a baby.

The eldest girl was named Barbara and called Barbie, but every newspaper I can find makes the quip “she was nothing like the doll.” Barbara was a studious brunette, the top of her class, obedient, and never spoke unless spoken to. She was especially careful to never complain about the family’s poverty, which was dire after their father’s death. She liked to volunteer downtown at the Salvation Army. Everybody liked her.

Everybody in town was shocked when she disappeared off the face of the earth on December 7, 1995. She was last seen preparing to cross Brady Avenue, blocks from her house and within sight of her middle school, but she never made it to class that morning. The whole town searched for her and found nothing, not for two and a half months.

I cannot imagine the family’s terror for those two and a half months. And I can’t imagine their heartbreak and trauma when Barbara’s body was found raped, strangled and partially frozen in a dry creek bed, forty miles away from Steubenville, at the end of that February.

No one was ever prosecuted for Barbara’s murder. It remains unsolved. Her uncle owned a farm near where the body was dumped and failed a polygraph test, but that’s not admissible in court. A mutual “friend” of Barbara’s father was questioned as well.

It came out later that the younger sister, Melissa, said she had been raped by another “friend” of the family. She’d told Barbara about it, said it had happened multiple times, and named the rapist very shortly before Barbara disappeared. The accused rapist fled to Arizona but was brought back to stand trial. The case went before a grand jury, but there was no physical evidence, just the testimony of a traumatized ten-year-old girl from a poor neighborhood. That man walked free, and he died in 2009.

What was left of the family went on living in Steubenville. They never had any money or good luck; they’re now no longer in my neighborhood but downtown in the public housing project apparently.

Melissa is just about exactly my age. She lost her father at four and her beloved older sister at ten. She seems to have been a victim of molestation and rape. She never stood a chance, and she grew up just like you’d expect. She is now the kind of person you describe as “well known to the police” when you write about her. Somehow she’s managed to have eight of her ten children removed from her care by CPS. And that still wasn’t enough to prevent a catastrophe.

You see, the reason I’m telling you this story, is because I came across it when I was researching another horrendous tragic death that happened here in Steubenville last weekend. Melissa Barnes was arrested for criminally negligent homicide after she and her boyfriend allegedly left her ninth of ten children unattended in his crib from two in the morning until noon, and then went shopping after they discovered the body.  The baby is dead, and they’re saying on the news that he suffered first. The baby’s father says that the child was starved and dehydrated.  We’re still waiting on the official autopsy, but Melissa’s being held on $250,000 bond.

Barnes’s facebook profile is still active with a lot of public posts. We can see that she gave birth to a brand new baby girl on the seventh, a day after she went in to the hospital with high blood pressure and a bad kidney infection. We can see that she was still suffering from bad kidney pain and not sleeping well for days after that.  Neighbors are saying on social media that they called CPS to warn them that the babies were being neglected in a filthy house downtown, but nothing seems to have been done.

The reason I’m telling you this story is that I came across it for the first time when I was reading the news about a couple who abandoned their baby to die in his crib in downtown Steubenville last week. And everybody in the comments was screaming that Melissa and her boyfriend ought to be hanged, and I was unspeakably angry myself.

And I still am.

I just don’t know who I’m angry with anymore.

My friend who lives in a different part of the Ohio Valley likes to quote Stephen King: “This inhuman place makes human monsters.” The Valley digests people. Children are destroyed here. We are world famous for our  cruelty and with good reason. Last week, the Ohio Valley murdered another baby. But if I want to find the exact moment when that murder took place, I have to look back quite a long time.

This inhuman place makes human monsters. Fathers are shot to death by their “friends.” Well-behaved little girls named after dolls disappear crossing the street. Somewhere out there is a rapist and a murderer who left a girl’s body in a dry creek bed. The steel dust leaches out of the walls, leaving shadows that don’t go away.

Behind every monster is a long line of people who made the choices that made that human a monster.

This is a true crime story. But the crime has been going on for so long. 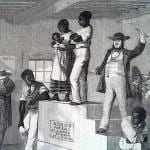 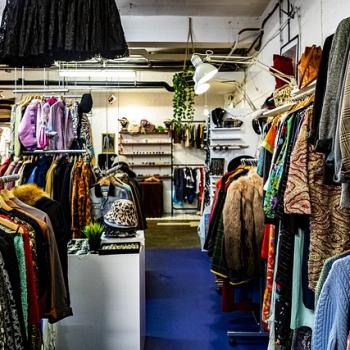