A Word on the Charismatic Renewal 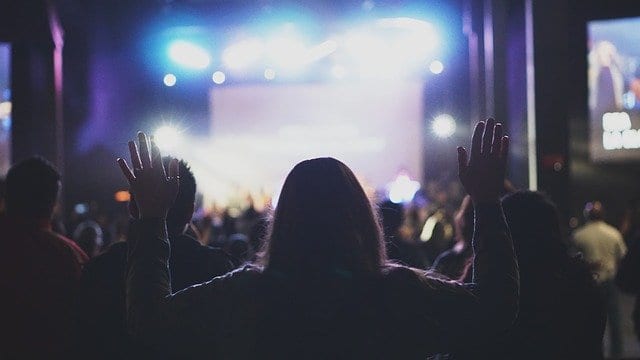 I apologize for the long gap between posts lately. The “a” key on my keyboard is dying of old age. Sometimes, when I press that key, it types an “a” with no problem. Sometimes, nothing happens, and I have to hit the “a” several times before it wakes up with a long line of aaaaaa’s for me to delete. Sometimes it works if I tilt the keyboard sideways, though I don’t know if that’s just a coincidence. Sometimes, it doesn’t work at all. And the same thing happens with caps lock and the exclamation point. So if this post sounds poorly edited to you, I apologize. Please remember that I’ve had to type almost every word with an “a” in it twice.

In the past week, people have been asking me to say something about Charismatic Catholicism. I’m getting questions from a couple places, including someone who appears to be blocked on my personal facebook but who contacted me on my Steel Magnificat Facebook page’s inbox wanting to talk about it. I don’t mean to be rude to that person but I can’t reply to them because they’re blocked, I can’t tell who they are, and the article they messaged me isn’t showing up either. My apologies for that.

People want me to talk about Charismatic Catholicism because I write very openly about having grown up in and out of the Charismatic Renewal, which I found to be extremely spiritually abusive and traumatic, and about having to find my faith in God apart from all that fear and panic as an adult. I’ve been surprised to find I’m not alone in this: whenever I write about it, I get a lot of comments from people who went through something very similar and thought it was just them as well. There are many survivors of the Charismatic Renewal, and we are badly hurt. I’m not glad that anyone was badly hurt, I wish we had not been through it, but I’m relieved and glad we can find each other and talk about it now.

People want me to talk about Charismatic Catholicism this particular week, because it has been announced that Donald Trump is going to appoint Amy Cony Barrett, a Charismatic Catholic and a member of the People of Praise community, to the Supreme Court. And here’s the part where I’m going to disappoint the more left-leaning part of my audience, because I actually think it would be cool to have a Catholic mom of seven on the Supreme Court. Catholic moms of large gaggles of kids are some of the wisest and most trustworthy people I know. I’m also concerned with how many people on social media decided to jump on Barett for having adopted children. Adoptive parents aren’t beyond suspicion. I’ve pulled no punches whatsoever rebuking Abby Johnson for the disgusting way she speaks about her adopted son. But it’s not appropriate to assume that every Catholic mom of an adopted child is abusive, any more than it’s appropriate to assume every priest is a pedophile. Unless there’s concrete evidence that she’s done something wrong, it’s grossly inappropriate and needs to stop. And I think the news media need to stop filming her and her children as if they’re paparazzi filming the Royal Family as well. I just saw a video of the Barretts leaving their house “all dressed up for a special occasion” as if it’s scary and suspicious that a Catholic family leaves the house in their Sunday best on Saturday afternoon. For all anyone knows, they were going to CCD and a vigil Mass. It’s voyeuristic to film somebody’s kids like that. Cut it out.

On the other hand, I’m also going to have to disappoint my right-leaning readers, if I have any of those left, because as a chronically ill person, I am terrified for the Affordable Care Act.

And, yes, I’m also terrified because she’s a Charismatic.

I do not know a whole lot about the People of Praise community, specifically. That wasn’t my community. Mine didn’t even have a name besides “The Community.” It was started by a group of people that included my parents and an emotionally abusive religious sister when I was very young. It fell apart under its own weight by the time I was in my early teens and then we got involved with Regnum Christi for a short time. Regnum Christi, incidentally, has completely different aesthetics from a Charismatic community, but the spiritual abuse tactics are very similar– that’s a topic for another day. If you want to learn specifically about People of Praise, you should read this article by Massimo Faggioli. I also encourage you to read this twitter thread by Doctor Sam Rocha, which talks about a different Charismatic Community and has some words on People of Praise as well. If you want a wealth of scary information on another Charismatic Community, Sword of the Spirit, there’s a huge library of it uploaded for free on Scribd.

As for me, I’m just going to give a few remarks on Charismatic communities in general, based on what I experienced and what the other survivors who have contacted me experienced and seem to have in common across the board. This is not meant to say that every Charismatic is a dangerous person, or that everyone who likes praise and worship music and speaks in tongues when they pray is in a cult and out to get you. I’m not even suggesting that every single Charismatic community has these problems. For all I know there are some great ones out there somewhere. I’m just outlining the things that are common to survivors’ experiences, especially the things that seem to line up exactly with common characteristics of cults.

First of all, Charismatic communities isolate people. They do this by treating anyone not in the community as suspect or not good enough. We were often led to believe that Catholics not affiliated with the Charismatic Renewal were not sincere Catholics; they might be “liberal Catholics” or otherwise “too worldly.” They also isolate people by greatly curtailing what the members of the communities are allowed to do. One fall, for example, my mother announced I wasn’t allowed to go trick-or-treating because she’d been told it was demonic, and things got weird after that. Other kids in the community weren’t allowed to watch Disney movies because they were demonic, and so on. When perfectly safe and normal social activities are penalized and made taboo, people find themselves with fewer and fewer ways to interact with those outside the community, and suddenly the community is all there is. That’s cult-like.

Secondly, Charismatic communities add rules and doctrines to Catholicism for their members to believe and follow. Following the basic teachings of the Catholic Church wasn’t enough; we had to believe unapproved apparitions. We had to take Mrs. So-and-so’s prophecy from last week’s Praise and Worship session as a new rule for our lives.  But, of course, not everyone had the power to declare certain things holy or taboo by having a prophecy or a vision. I couldn’t announce that God gave me a sense of peace about going trick-or-treating which canceled out somebody else’s fear. Most people were expected to submit themselves to a “spiritual director,” who would tell them what to do and think based on that director’s spiritual experiences. My spiritual director was my mother, and hers was the religious sister I refer to in that linked piece as “Sister Angeline.” I was surprised when I started living on my own and found out that most lay Catholics don’t submit themselves to an absolute authority figure who tells them how to pray and whether they’ve sinned. And the authority figure often has control over everything because every random object can be labeled “demonic” for no reason, just because they have a bad feeling about it. That gives them absolute control. Adding extra “special” religious teachings, and forcing people to submit themselves to an unaccountable community-appointed leader like that, is cult-like.

Thirdly, Charismatic communities tend to penalize you if you leave. This is something I don’t have as much firsthand experience with as you’d think. I’ve had to go no-contact with most of my family for several different reasons, but the Charismatic community was already gone by then (although my mother was still receiving “spiritual direction” from the religious sister). But I’ve seen  that other survivors have tremendous difficulty extracting themselves from the community, because they’re effectively shunned when they leave. Their families and friends stop speaking to them. Or, if they’re still speaking to each other, it always turns into a fight because the members still in the community will not agree to disagree or talk about something else; it’s a constant confrontation. A community that draws you in, takes away your freedom and then punishes you for asserting yourself or trying to make some space, is a cult.

I don’t think raising concerns about somebody involved with a Charismatic Community is the same as applying a “religious test” to being a justice on the Supreme Court. It’s not a matter of Amy Coney Barrett’s Catholicism. It’s a matter of her being a member of a type of insular community that so often walks and quacks like a cult.

It could be that she’ll do perfectly fine.

But, since you asked, these are the reasons why I doubt it.