A Most Enchanted Trip 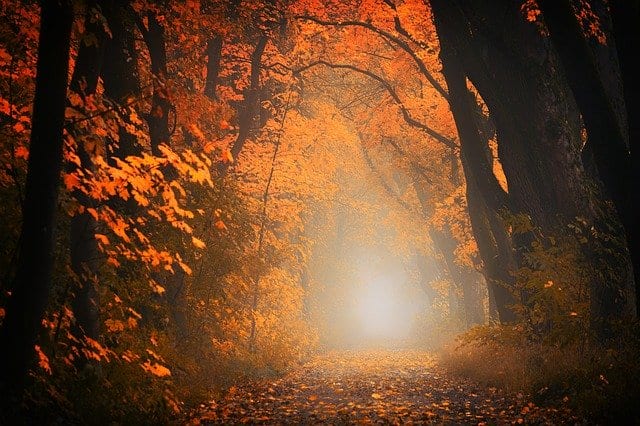 We went for a walk in the woods.

I’ve been reading about how volunteers were cleaning up the hiking trails to and from Beatty Park here in Steubenville. When I’d moved here we were sternly warned not to hike on the hiking trails around town, because we’d surely be murdered by drug dealers. But I’ve hiked on a couple of trails around town with no trouble. I wanted to try a new one.

I saw the sign for the entrance to the trail as we got off the bus for Rose’s annual physical. She goes to a doctor in the old Trinity East hospital building, and there’s woods and a trail right nearby. I’d promised her a trip to the park as a reward for being good at the doctor.

“Let’s walk THIS way to the park instead of taking the bus,” I said.

“What if we get lost?” Rose fretted. She knows I’m often tired because of fibromyalgia. She was excited to have a rare day at the park with Mom instead of a common day at the park with Dad, who has more energy. She didn’t want it spoiled by a new adventure that would exhaust me and make me sicker tomorrow.

There may come a day when I am too old, fat and uninteresting to pretend that I am a Tolkein elf the moment I begin hiking on a forest path, but that is not this day. I have been coping with my loneliness and anxiety by imagining myself as obnoxiously talented Mary Sue fanfic characters in Middle Earth, Narnia and Never Never Land ever since I was much younger than Rosie is now. The moment we stepped onto the path, I became a graceful thousand-year-old being, sweeping through the woods in a long grey cloak.

Rosie remained Rosie. She is enough. She hiked a little ways ahead, chattering about the birds and the different varieties of tree. She lamented that she’d forgotten her binoculars and box of bird flashcards at home.

“My driving teacher told me he saw a bald eagle as big as you are, near Hopedale,” I said. “As big as you, as far away as we are from that sign. It had a whole groundhog in its claws. We’ll go on hikes all over the county when we get that car.”

“That’s the National Bird, isn’t it?”

“Yes. It was going to be the turkey but they decided on the bald eagle.”

They do an excellent job maintaining that path. It doesn’t look like Steubenville at all: no broken bottles on the trail, no old dirty t-shirts hung randomly over tree branches, no condoms or needles.  The only clue that this trail wasn’t deep in the wilderness was the stark gray wall of the hospital parking garage through the trees, and even that didn’t ruin the aesthetic. I could pretend it was the evil castle that the beautiful elf had just escaped.

In a way, it was.  The first year I lived in Steubenville, Franciscan University had rented some of the nursing school dormitories in that building complex as dorms for graduate students. I lived there. It was a miserable place, though exciting to live on my own for the first time. They used to tell us tall tales about the dorm being haunted; eventually I heard the story of the plummeting ghost.

This was the first time in the fourteen years I’d lived in Steubenville, that I’d stood near the bottom of the building, where that poor man landed. I’d seen the top plenty of times, but not this.

I stopped and prayed and was Mary again, for a moment.

No prayer a human could say, no grief a human could feel, would be adequate to match the misery of this old steel mill town in the terrible Ohio river valley. There are countless tragedies that happen here, just as horrible or a thousand times worse. But no human joy could do justice to the beauty of life and nature all around this dreadful place. Both are real. Both demand attention. I was feeling both just then– the joy of the beauty and the horror of the tragedy, pulling strong in two directions.

Rosie remained Rosie; she continued down the stone steps and pointed out the scarred bark of the beech trees.

Other hikers had made a nightmare of three beautiful beeches, carving names and dates until there was barely any smooth white bark left on the trunks. Some sadistic fool had carved his name, deep and dark, in the exact same block letters at the exact same height on each tree. I think it was “Nate.” NATE NATE NATE on either side of the path.

“That’s awful,” I said. “That can hurt the tree and give it diseases. Trees are living things.”

I was a thousand-year-old elf again, and NATE NATE NATE was a sadistic orc.

At the bottom there was a strange concrete ruin that looked like a Greek amphitheater, more mysteries for my thousand-year-old imaginary elf to ponder. I think, in actuality, that was what was left of the old swimming pool that hasn’t been open for decades. And then we were in a well-maintained playground that was scrupulously clean, and Rosie was being Rosie.

She pumped on the swings for nearly an hour while I sat on the moss and made up stories about elves. Then she clamored over play equipment. I clamored over play equipment. She invited me to sit with her on a two-seat rocking vehicle that looked like a cross between a bumblebee and a motorcycle, and I tried to sit sidesaddle because of my skirt. But there is no way to sit elegantly and pretend to be an elf on a vehicle that looks like a cross between a bumblebee and a motorcycle. I was just me, Mary Pezzulo, rotund, messy, chronically ill, perpetually exhausted, constantly making up fairy stories, but happy now. I was happy.

We caught the bus outside the main entrance to Beatty Park and rode it on a route we don’t usually take, on the back roads. The farmland out there is lovely. It doesn’t look like Steubenville at all.

Next thing I knew, we were coming into the Fort Steuben Mall through the back driveway. There were the closed store fronts. There were the carnival food carts that have been parked in the parking lot trying to make some kind of profit since the carnivals were canceled for the year.  There were the grouchy people putting on masks as they shuffled into the carefully social-distanced Wal Mart to buy groceries. Rosie and I joined them.

It was an ordinary day again– the new kind of ordinary, in a pandemic, in a ruined city, in a ruined country that was never really great, in a world that is burning to death.

Yet it’s also a beautiful world, and just then I was glad to be alive in it. Even here, even now, it’s beautiful. 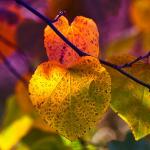 When You Can't Feel Grace From the Sacraments
Unlike make Catholics, I have always loved going to Confession. I love...
view all Catholic blogs
What Are Your Thoughts?leave a comment
Copyright 2008-2020, Patheos. All rights reserved.