A Walk After Leaf-fall 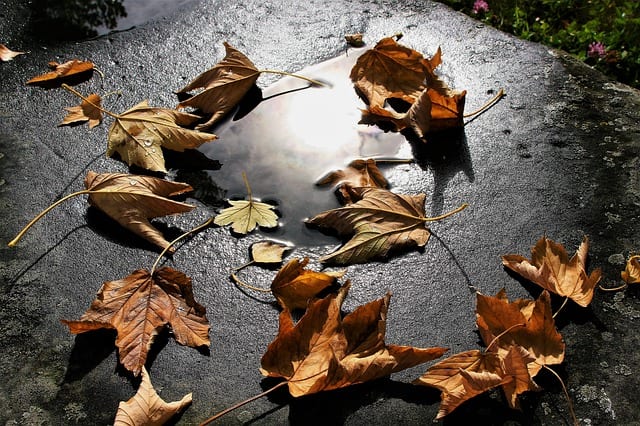 It’s not that there isn’t a lot to be thankful for, the weekend before Thanksgiving.

All kinds of small things are going right. Michael came home this week with the hand shopping cart impossibly stuffed, having bought enough groceries in one sitting to win a free turkey. When he got to the Kroger freezer to claim his prize, there weren’t any small turkeys left, so I had to make room in our tiny freezer for a twenty-pounder. That was exciting. We’re going to be eating turkey soup for a week. Rosie, Michael and I are alive and healthy– or no worse off than usual. Michael has asthma and headaches and I have fibromyalgia. But it’s under control right now. I haven’t had a major flare since January, which is a record going all the way back to when Rose was a toddler. Last November I was limping around on angry joints for most of the month, but today I went for a painless walk.

It’s more pleasant to walk in LaBelle, now that most of the political signs have been taken down.

The walk was almost fun. It’s pretty to walk in the rain, in November, when the Autumn leaves are mostly fallen, people are putting their Christmas lights up, and there aren’t many yard signs in homage to a fascist anymore.

The house on the corner, that had a gigantic TRUMP PENCE 2020 KEEP AMERICA GREAT flag on a flagpole in the middle of an otherwise picturesque garden, has taken it down. Now the garden is filled with illuminated toy soldiers. There are twinkling lights and one of those uncanny singing Christmas trees on the porch. The place a few houses down, that displayed a Trump flag in the window and a Halloween pumpkin painted with a Blue Lives Matter flag, now just has an ornamental scarecrow. The “townies” have given up and gone back to business as usual.

The only people who haven’t given up are the much more affluent ones, in the big mansions near the cliff. A few of those still have signs out, the ones that say “PRO LIFE DONALD TRUMP 2020” with a graphic of two pink baby feet. Trump’s handling of the pandemic drove abortion rates way up; indeed, The Heritage Foundation says they started going up the first year of his term, long before the pandemic, but their confidence in him is an article of faith, not reason.

On paper, we profess the same Faith. But their bloodthirsty interpretation of our Faith’s obligations makes less and less sense.

Abortions are skyrocketing, because of Trump, here in America and also abroad.  Actual unborn babies are dying because if the pro-life movement’s folly.

The damage to the environment is unspeakable, and it’s going to cause human suffering for a long time.

The economy inflated like a souffle in the oven, and then collapsed irrevocably like what happens when the souffle gets too high and touches the broiler element. People are lining up in enormous food lines for assistance, all across the country.

We never really had a plan to handle the pandemic, and the president’s contribution was to downplay it and encourage conspiracy theorists. I can’t ride the bus or go to Mass because people are running around maskless, showing off the fact that they believe it’s all a left-wing conspiracy for a new world order. A quarter of a million people died in agony and hundreds of thousands more will follow. Those who catch COVID and survive have a huge risk of chronic illness and disability afterward.

It’s not that I’m not thankful Trump lost, but Biden is not going to be able to fix this.

Meanwhile, we live in a country where nearly seventy-four million people voted for a fascist pig. An alarming number of those people told the rest of us we’d be in mortal sin if we didn’t, because of the unborn babies whose lives he’d save if his cruelty and incompetence weren’t actually killing them. And a sizable number of those people still believe he won. They justify the belief with outlandish conspiracy theories and hold those, too, as an article of faith.

Trump’s attempts at a coup to keep himself in power are foundering comically. He’s going to fail. I won’t hold my breath for him to go to prison, but that’s a distinct possibility. Still, that leads me to ask myself what many other commentators have been asking: what happens if the next would-be fascist despot is smart?

I hope we’ve learned in the past four years, that that’s all it would really take.

We are not strong.

We have never been strong, and we are weaker than ever now.

That was my train of thought as I went for my walk. It’s not a nice one.

I stood at that vantage point at the edge of the LaBelle cliff, where I once saw the angel over the wine-dark Ohio. That evening was one of the last snows of the winter, in January, when the pandemic was something that was going on in Asia and Europe. Soon after, the president started downplaying and lying about it to make himself look strong. He said it would all go away in April, “because of the heat.”

Now it’s cold again,  two hundred fifty thousand of my countrymen are dead, and there’s no end in sight.

I am more exhausted than I can express.

Still, it’s nice to get out now and then. 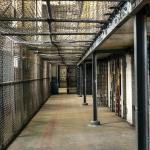 November 20, 2020
The Death Penalty is Wrong Because Killing is Wrong
Next Post 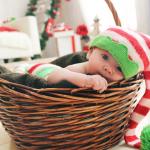 November 21, 2020 An Urgent Work of Mercy for Christ the King Sunday
Recent Comments
0 | Leave a Comment
Browse Our Archives
get the latest from
Steel Magnificat
Sign up for our newsletter
POPULAR AT PATHEOS Catholic
1