Christians Have A Responsibility During the Eviction Crisis

Christians Have A Responsibility During the Eviction Crisis December 9, 2020 Mary Pezzulo 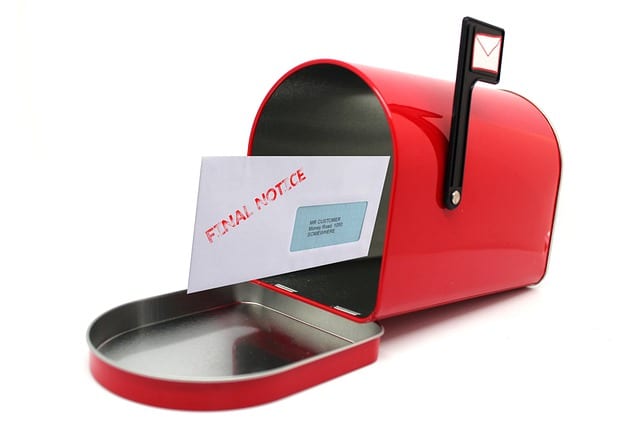 Today, on social media, I saw a short video that is a grim sign of the times. It shows a police car driving up to serve an eviction notice in Portland, and a gang of neighbors surrounding the car in their thick winter coats and bath robes. The neighbors actually start kicking the car’s bumper and eventually spraying a fire extinguisher at it before resorting to throwing things. The police car finally backs away in defeat. I’m sure it’ll be back before long.

I don’t need to remind my readers that we are on the cusp of an eviction crisis. The moratoriums that have been placed on evictions due to COVID-19 are set to expire on December 31st. After that, an unprecedented number of Americans are going to be forced out of their homes, in the middle of winter, during a deadly pandemic.

I know I have readers of all different religions here at Patheos, and I do respect all of you very much. To my readers that aren’t Christian, I’m just going to say that I don’t know how you will live with yourself if you’re not outraged at this situation and committed to help people facing homelessness.

If you’re Christian, please remember that our notion of what Christianity should look like here in America has been colored by a lot of political forces that have far more to do with the spirit of the world than with Christianity. To hear your average televised pastor talk, you’d think God was only serious about a narrow list of sins that were mostly sexual, and that God didn’t really mean it when He told us not to hurt the poor.

But the Bible actually tells us that we must not take away a poor person’s cloak overnight as part of a monetary transaction. That was so important that God said it twice, in Exodous and in Deuteronomy. If you take away the thing providing warmth and shelter to a poor person so they have to be cold all night, even if you really need the money the poor person owes you, even if you consider it just business and nothing personal, you sin. And God assures us that He will hear the cry of that poor person and hold you responsible for your sin. In Exodus and Deuteronomy, God was talking to people who slept in tents every night. A cloak was all a poor person who couldn’t afford a tent had to sleep safely in. In a society where most people live in houses, particularly during a respiratory pandemic where medical experts are telling us constantly that the safest place to be is at home, a poor person’s only shelter to sleep safely in is his house.  You will go to hell if you take away a poor person’s house– even if you own the deed to that house, even if it’s just business, even if they signed a lease, even if you’re saving up for something honest like your retirement. Yes, even if you go to church and consider yourself a good person.

The Bible also tells us that the best way to repent of our sins is to take care of the poor. You can find a wealth of verses about that from the Old and New Testaments here.

If you are Catholic, I want to remind you that our Church teaches that we do have a right to private property, but that right is not absolute. The right to life comes first. Poor people have a right to take what they need to survive and you’re not allowed to withhold it from them– even if it’s yours, even if you earned it by working hard. Their right to life comes before your right to property. And I’m getting this teaching from such hippie communist pinko rats as Saint Thomas Aquinas.  In a just society, our leaders would be making sure that dilemmas like this never came up, but we don’t live in a just society and neither Trump nor Biden is going to make it just. We’re stuck trying to work for justice on our own at the moment. And the right of a poor person to live is going to have to take precedence right now.

Further, please remember that Catholics are not only excused from obeying unjust laws in our society, it’s actually wrong of us if we do obey them.

So what am I saying that you should do right now?

Am I saying that my readers should go outside and kick a police car? No. I’m not going to use a Patheos column to advocate for that. It’s a good way to lose a foot.

Am I saying that my readers who are landlords are going to hell if they don’t work something out with poor tenants so they won’t freeze or die of COVID right now, even if that means you’re taking a big financial hit? Yes. That’s one of the things I’m saying. Repent or you’ll go to hell.

To the rest of you, I’m saying to look out for your neighbors. And if you find they’re in danger of eviction, you have to think of something you can do to help. I don’t know what. Writing our congressmen hasn’t seemed to be very effective. But it’s our responsibility to take care of them somehow, no matter what the law says, no matter what our complacent notions of what it is to be a Christian would have us believe.

And to my Christian readers who live in more affluent areas, who look around at their immediate neighbors and find that nobody’s in danger right now and you think I’m overreacting, I want to give you a challenge. I want you to go outside your bubbles and talk to people who serve the poor on a daily basis. Talk to the people at your local shelter or soup kitchen or Catholic Worker House. Ask them what they’re dealing with on a daily basis and how much worse it’s gotten lately. Ask what help they need urgently. Then roll up your sleeves and get to work. The life of your soul depends on it.

No, this isn’t something that will come naturally to us as Christians living in America. We’ve been fed the heretical Prosperity Gospel for so long that the real Gospel looks like a scandal. But I promise you, this is our job, as Christians and just as decent people with functioning consciences. Our God is not mammon, He never commanded us to serve mammon, and He didn’t create mammon in His own image and likeness. You cannot serve both God and mammon.

Mammon is going to demand an enormous number of human sacrifices this winter. It’s our job to fight against that with all of our strength.

Now let’s get to work.

December 7, 2020
Lisa Montgomery's Upcoming Execution is an Atrocity
Next Post

December 10, 2020 Brandon Bernard is Dead
Recent Comments
0 | Leave a Comment
"Listen. I realize that you may not believe me, but Scrambled eggs super was in ..."
Bemused Hypocrisy, Dr. Seuss, and the Red ..."
"I've come to think that Catholics themselves make the best case against Catholicism; in every ..."
3vil5triker . USCCB Parody Account Reveals the Mess ..."
"Excellent, Mary. An apt but tragic description of our United States Council of Catholic Bishops. ..."
Hammond USCCB Parody Account Reveals the Mess ..."
"That sounds like a fun childhood experience. I hope you get to take Rosie and ..."
Bemused From the Dead River to the ..."
Browse Our Archives
get the latest from
Steel Magnificat
Sign up for our newsletter
POPULAR AT PATHEOS Catholic
1