Lisa Montgomery is Being Tied to a Bed

Lisa Montgomery is Being Tied to a Bed January 13, 2021 Mary Pezzulo 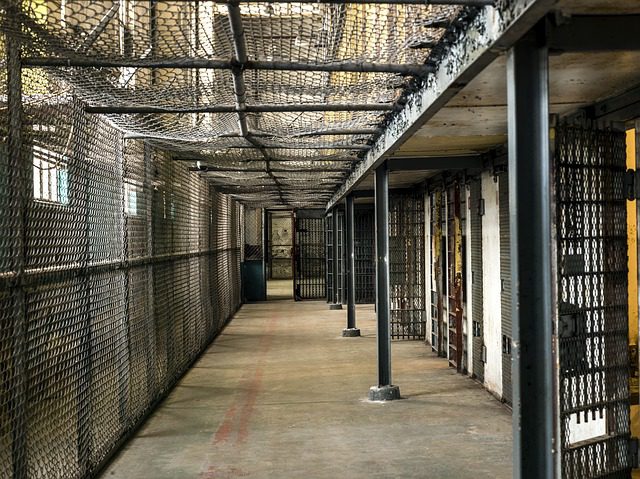 Lisa Montgomery spent the day in the Death House.

Well, truth be told, she spent her entire childhood in a death house as well. The family was poor; Lisa moved seventeen times in her first fourteen years. Her mother drank heavily and didn’t stop while pregnant. Lisa was born with fetal alcohol syndrome, causing permanent brain damage. She was physically abused by her mother from the time she was a girl. Her mother used to duct tape her mouth shut, so she got used to not crying when she was being punished– otherwise, her nose would clog and she’d suffocate. Her older sister was taken away from the family’s trailer by social services when Lisa was four, but no one rescued Lisa.

Lisa was raped by her mother’s boyfriends as a little girl. She was raped by her stepfather, in a special room built for the purpose, starting at age eleven, which is when her school teachers noticed her dissociating and showing other symptoms of trauma, but they didn’t do anything to help her. She testified in her mother’s divorce hearing that her stepfather had done this, and the judge scolded her for not reporting it earlier. But he didn’t report it himself. She told a cousin about the ongoing abuse, and that cousin was a sheriff’s deputy, but he didn’t do anything either. No one helped Lisa, ever.

Lisa’s mother pimped Lisa to plumbers and electricians in that little room on the back of the trailer, in exchange for their work. The plumbers and electricians would tie her up before the rape and urinate on her afterwards. This was referred to by her mother as Lisa paying for her share of the new bathroom– the trailer had not had plumbing before. The plumbing was paid for in rape.

At eighteen, Lisa was coerced into marrying her stepbrother, who beat and raped her regularly. They had four children together; the children remember her manifesting symptoms of bipolar disorder, complex post-traumatic stress disorder, dissociative disorder and a traumatic brain injury. And then her stepbrother had her sterilized.

After the sterilization, Lisa and her brother were divorced. She remarried. She started fantasizing to her new husband about being pregnant even though this was impossible. She’s said to have suffered pseudocyesis, which causes a woman who’s convinced she’s pregnant to start making pregnancy hormones and have the symptoms of pregnancy. It was mentioned that, if she was found to not be pregnant, her abusive rapist stepbrother would use her talk of pregnancy as evidence against her in divorce court, and get the children for himself.

Lisa had been bantering about her supposed pregnancy with another pregnant woman, Bobbi Jo Stinnett, online in a dog lover’s forum. She got Stinnett’s address out of her by claiming she wanted to buy a dog. She went to Stinnett’s address, murdered her, and cut out her unborn baby; then she took the baby home and imagined it was hers. It wasn’t long before she was caught.

Her legal defense was about what you’d expect for someone that poor; the attorneys were grossly unprepared and squabbled with one another. The defense team was predominantly male, even though Lisa’s PTSD made her panic in the presence of men to the point where she couldn’t speak honestly with them. The only female attorney with any experience dealing with mental illness was removed from the team.  The remaining attorney barely brought up the details about her lifelong brain condition, her abuse or her mental illness during the trial.

She was found guilty of murder after four hours’ deliberation, and sentenced to death the next day.

There have, believe it or not, been several other cases of pregnant women cut open by other women to kidnap the baby, but none have ever been sentenced to die, because this crime is always the result of a severe mental disorder. Lisa will be the first one.

From 2008 until a few days ago, Lisa has been in a special prison for the mentally ill, where she required heavy medication to control all of her disorders. She has expressed remorse for her crime, when she’s well enough. She learned needlepoint and knitting in prison; she knitted hats and gloves for her attorneys. She had her underwear confiscated when they set an execution date back in October. This has exacerbated her struggles with panic and flashbacks. They took away her glasses then as well; she hasn’t been able to make crafts or read to pass the time these past three months. Her mental health grew worse because of that. Then she was transferred to Terre Huate Penitentiary, a men’s prison, despite her terror of men.

She spent January 12th in the Death House, the real one, the part of Terra Haute Penitentiary where they kill people, in a tiny solitary chamber that probably looks a lot like the one where she used to be raped to help pay for the plumbing on her abusive mother’s trailer. This particular room is not attached to a trailer, of course. It’s right near the room in which she will be strapped to a table and injected with poison.  The poison is pentobarbitol, a substance used to euthanize pets. It will depress her central nervous system until she suffocates– much like she almost suffocated when her mother tortured her with duct tape when she was a little girl.

According to her lawyers,  Lisa’s not sure anymore why she’s there. She’s just not well enough to know.

All day, attorneys have been begging for a stay in execution, just long enough to have her mental state evaluated by psychiatrists, just to make sure they’re not killing someone who doesn’t know why.

The Supreme Court had reversed all but one of these appeals as I started writing this. The justices who regard themselves as pro-life ruled against letting her live.  They knocked the first appeal down in a few sentences with no explanation. The Justice Department of Donald Trump, whose incitement of a riot last week killed five people, is desperate to see one more woman killed; they’re arguing before the court all night.

The last appeal was vacated as I edited this post and searched my stock images for a royalty-free photo of a prison.

She’s going to be killed.

She’ll be strapped to a gurney, and perhaps she’s already there– Daniel Lewis Lee was strapped to a gurney for four hours while a stay of execution was unsuccessfully litigated, if you recall. That was way back in July, the first of Trump’s federal executions. She might be on the gurney right now, as I re-edit this post one more time. She certainly will be when you read it.

Lisa Montgomery is tied to a bed in a small room by people who want to hurt her, not for the first or the tenth or the hundredth time.

She doesn’t know why she’s there again, only that men are tying her to a bed, just like her rapists did in that little room in her childhood home.

They’re prodding her arm for a vein so they can hurt her once more.

This did not have to happen.

We pray to God in Heaven for the conversion of our nation, that it will not happen again. 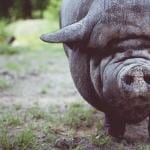 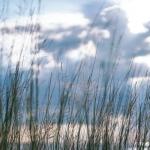 March for Life Goes Virtual
The annual rally and march held in Washington D.C. in January to...
view all Catholic blogs
What Are Your Thoughts?leave a comment
Copyright 2008-2020, Patheos. All rights reserved.