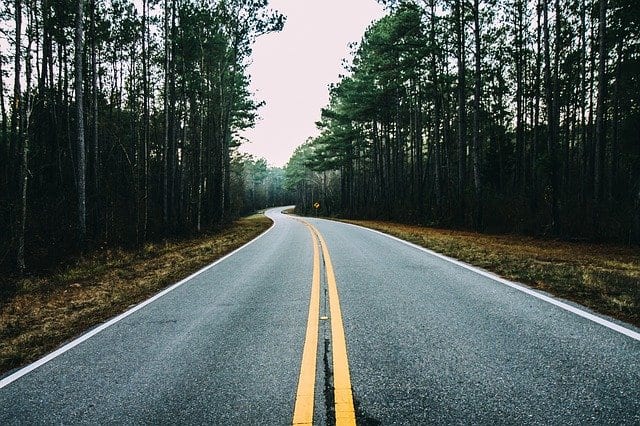 We are buying a car on Saturday. Well, maybe not. There are a million and one things that could go wrong. We have our sights on an inexpensive car with nothing obviously wrong with it. We have a ride to the dealership with an extra grown-up in the car who will ride back with me in my ‘new’ car, since it’ll be my first drive as a licensed driver. We have a loan from friends, who offered to lend us a huge chunk of the cost without interest– a necessity, since our credit is terrible and I couldn’t qualify for another loan. I think the stimulus check will just cover the rest. We’ve got to stretch this out. When we moved we didn’t have any furniture except what we trash picked; my bed is broken and Rosie is still on a mattress, we need several bookcases and the stove has to be replaced as soon as possible. But I think we can squeeze by.

Then we’ll go back to living month to month and day to day, but with a car now. I’ve never had a car. Northern Appalachia is not a good region to live in without a car, even if you’re in one of the relatively big cities– Steubenville has about twenty thousand people, a metropolis. There’s a bus that comes once or twice an hour and goes from downtown to Wal Mart and back between the hours of eight and six on weekdays, if you need to go anywhere on that route. There’s even a “special” bus that goes to Robinson, Pennsylvania, something like once every two hours between eight and two on weekdays. Other than that, you walk.

I have done so much walking, the fourteen years I’ve lived in Steubenville.

I have walked the soles off of so many pairs of shoes.

I walked to campus to try to study and learn, to be spiritually abused. I walked there to cling to my Faith Household who swore they would love me as my new family under our Mother Mary until it was convenient to them to throw me out because my chronic illness made me a burden. I walked to campus for that phony “conflict resolution meeting” the priest required me to attend, the one where he screamed at me until I was in tears. I walked to campus to pray with Father Mike Scanlan, someone I regarded as a living saint, before he retired and before he passed away, long before he was revealed to be a monster who covered up sexual abuse. I walked to Mass, feeling like a squashed cicada. Then I got rides to the meetings of the secular Carmelites off campus for awhile, and went to Mass at that church; they threw me out without telling me the reason, just “it would not do any good to tell Mary why, because she admits she’s had problems in Steubenville before.” Then we got rides to the Byzantine Catholic Church where I thought I’d found a home, and then the gossip started because we were the wrong kind of Catholics, and then we got bawled out by the pastor and thrown out. That’s how Steubenville Catholics practice Catholicism.

I wonder if it makes them happy, knowing that Rosie is nine and hasn’t been able to receive Holy Communion yet, because their zeal for the House of God prompts them to throw undesirables out of it until I’m so frightened I don’t want to join a parish ever again for fear of what they’ll do next.

After that I walked some more, and got some more rides.

Maybe I won’t walk or get a ride to church this Sunday. Maybe I’ll drive.

Maybe, after I’ve gotten used to driving by myself, I’ll start driving on the freeway and find another parish, out of the diocese. Maybe, after the pandemic has died down a bit more and it’s safe to travel further, I’ll drive all the way to Pittsburgh where nobody knows me and disappear into a great big parish. Perhaps an enormous church with fancy stained glass and a pipe organ, or an ugly modern church with felt banners and friendly people, or even the Eastern Churches again. Their liturgies are so beautiful, the most beautiful I’ve ever prayed with.

Maybe I’ll drive to Columbus and show Michael and Rosie the haunting old Irish church where I was confirmed, or the Cathedral where I was baptized. I’ll show her all the places I used to call ordinary.

Maybe I’ll drive through Columbus all the way to the Basilica of Our Lady of Consolation on the western side of Ohio. That was the place my parents brought me when I was three years old and limping from juvenile rheumatoid arthritis. There’s a statue there, of Mary holding Jesus, both of them crowned and dressed up in the most garish embroidered robes, and that shrine has been associated with quite a few miracles. So my parents took me on a pilgrimage there, to pray for a cure. I limped up the big stone steps of the basilica, holding their hands, and then I let go and stumbled; then I tumbled back down the stone steps headfirst, limp like a doll. When my parents ran to the bottom of the steps to scrape what was left of me up, I sat up completely unhurt and said “Did you see the angel?”

After that visit, my JRA went into remission. I have two other chronic illnesses, but I don’t have that one. It hasn’t come back.

I visited that shrine once again as an adult, the first or second year I was in Steubenville, packed in a car with several student friends. I stood at the base of the stone steps and looked up at the plaster angels you can see from the bottom– surely that’s the perfectly mundane explanation for what I saw when I was a three-year-old, but maybe not. While I was at that shrine as an adult, I prayed for a husband, and I got one the next year.

While I was at the shrine a year after my wedding with other friends, I prayed for a baby, and I got Rosie within a year. Now that I know about the undiagnosed PCOS and the trouble I’d have later, I realize that was remarkable and might be called miraculous. I didn’t know it at the time.

I haven’t been back since, since we don’t have a car or many local friends.

Maybe I’ll drive there someday soon and ask the Lady for another baby, for escape from Steubenville, for a new house to go with the new car, for the end of my other illnesses.

Maybe I won’t ask her for anything this time. Maybe I’ll just talk to her. I’ll sit there and tell her how hard it is to see anything good in her image, after everything that’s been done to me in her name and the name of her Son. I’ll tell her about the Charismatic Renewal, Sister Angeline, the university, the poverty and the mockery for being poor, the shunning, the bullying, getting raped until it hurt to go to the bathroom for months by that fake midwife who told me to go to church and who quoted the Bible after she raped me.  I’ll tell her abut the nights I woke up crying, the mornings I panicked at the feeling of coming out of dreams back into my traumatized body. I’ll tell her about being so humiliated I couldn’t stand to hear the Latin Liturgy anymore and now I’m not sure about the Eastern one either. I’ll tell her about turning her icon to face the wall at night because I was scared to sleep with her looking at me, in case she and He were really on their side and not mine.

I’ll tell her that, while I’ve felt Christ standing with me whenever people who use her for a mascot try to hurt me, I haven’t felt her, and I don’t know what to do with that. Whatever I say, I know that I will go there, and I will talk to her, because in spite of everything, I still believe.

Of course, it’s likely this won’t work out after all. But we’ve never been this close before. I went for a walk in LaBelle earlier this afternoon. It was beautiful. The sun is bright and it’s so warm it’s almost hot when you don’t stand in the shade. There are crocuses everywhere now, not just on that one solitary lawn. The vacant lots are greening up and the Creeping Charley is blooming. I even saw one early daffodil. And I have never been anything but a naïve and neurotic ugly little girl who sees angels. This kind of afternoon is enough to make me certain it’s gong to work out.

We’re getting a car on Saturday, and then I’m driving to church.

March 16, 2021
To Those Who Gloat When LGBTQ People Leave the Church
Next Post 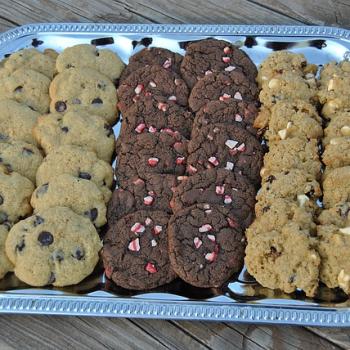