Traditionalists, Breakfast, and the Beatific Vision

Traditionalists, Breakfast, and the Beatific Vision May 5, 2021 Mary Pezzulo 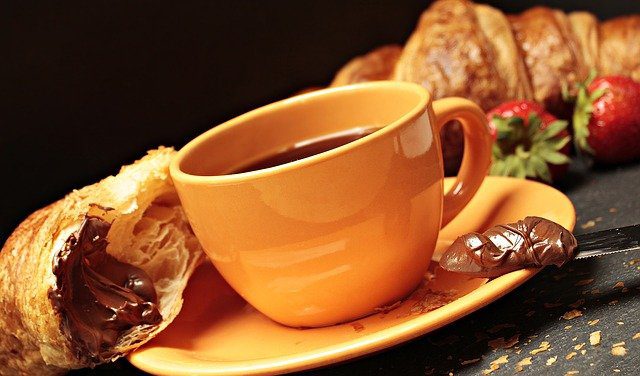 I think it all started when Mr. J. D. Flynn of The Pillar expressed the desire to get together with friends for breakfast and talk about Christ once a month. He tweeted this, worded rather unfortunately, and was pounced on by Traditionalist accounts with fancy crosses instead of profile pictures. They teased him. Someone called Brother Martin Navarro  said “Women do breakfast. Men do cigars,” with that perpetual Trad implication that every activity has a gender, and the female activities are all silly and shameful. This was met by howls of disdain from normal people, but  other traditionalists jumped on to insist that they didn’t eat breakfast either. Apparently hating breakfast is a Trad pastime. Finally, the inimitable gingerbread hater Taylor Marshall put in his two cents, tweeting that “If you’re over 35, you don’t need breakfast.”

The Catholic Traditionalist disdain for anything that’s innocent and pleasurable never ceases to amaze me.

I don’t understand how anyone could be against breakfast. Breakfast is the best meal there is. It’s a meal designed for pleasure and nourishment rather than formality.  You don’t have to dress for the dining room, you can eat in your pajamas. You can watch the news or Saturday morning cartoons while you eat it. You can have sweet before savory or all the flavors on the same plate because anything goes. You can eat a plate of spicy sausage and eggs sitting next to a person eating a plate of cake with cream and strawberries on the top, and neither one is more properly breakfast than the other. You aren’t expected to keep it delicate or light; breakfast, more than any other meal, is oriented toward filling your body with calories.

There are many different kinds of breakfast, and all of them are delicious. Continental breakfast is classy. Full English breakfast is greasy and satisfying, and an American farmer’s breakfast is even more so.  Pancakes and waffles are dessert cleverly disguised as a meal, to say nothing of muffins and doughnuts. Children’s cereal is an innocent treat. The French have Cafe au lait and croissants. The Dutch sprinkle chocolate jimmies on everything. Russians have sausage and buckwheat kasha. The Japanese enjoy a nice piece of fresh fish and a soup made of MSG. The Spanish eat fried dough with cinnamon and cholate. The Chinese eat fried dough with salt, soymilk and scallion cakes. Breakfast is so good that on special occasions, people will make their culture’s version of an enormous decadent breakfast for dinner just for the fun of it.

Besides, the word “breakfast” just means ‘breaking the fast.” It’s the meal you eat when you’re not not eating anymore, making every meal a breakfast. If you refuse to eat any kind of breakfast at all, ever, you’ll eventually starve to death. Yes, even if you’re over thirty-five. But at least you’ll feel masculine and important while doing so.

This all reminds me of C. S. Lewis’s The Screwtape Letters, my personal favorite Lewis. I love how prudish and formal the demons are in that text. Screwtape says of God: He’s a hedonist at heart. All those fasts and vigils and stakes and crosses are only a façade. Or only like foam on the sea shore. Out at sea, out in His sea, there is pleasure, and more pleasure. He makes no secret of it; at His right hand are “pleasures for evermore”. Ugh! I don’t think He has the least inkling of that high and austere mystery to which we rise in the Miserific Vision. He’s vulgar, Wormwood. He has a bourgeois mind. He has filled His world full of pleasures. There are things for humans to do all day long without His minding in the least—sleeping, washing, eating, drinking, making love, playing, praying, working. Everything has to be twisted before it’s any use to us. We fight under cruel disadvantages. Nothing is naturally on our side.

Lewis wasn’t Catholic, of course, but he knew the type so well. I’m sure there are stuffy Traditionalists in every religion, and they talk like Screwtape. Religion, for them, is a pageant, a chance to show off and look truly serious, mature and uncomfortable so God will think they’re grown-up enough to earn a nice cold formal Heaven. But Our Lord is a Child. Our Lord created a whole world full of beautiful things because He thought we’d like them, and calls us forward to an even more beautiful Life where we can be free to play and admire and enjoy and do good with Him forever. On the way to this wonderful life, there will be painful times. There will be places it’s difficult. There will be times to fast when we’d like to break fast, times to be still when we’d like to dance, and times to be silent when we’d like to laugh. But the purpose of those times is to propel us forward into the eternal happiness and fun He has planned. And where we’re able to have fun on the journey, He is all the more pleased. Happiness is the meaning of all this. Sometimes happiness doesn’t come from the places we thought it would, so we have to repent and seek it somewhere else. But happiness is the point.

Jesus suffered terrible agony in His love for us, and gave up the Ghost and descended into hell. But then he He rose from the dead. The death wasn’t the end in itself; it was the means He chose to show us that He was always with us in our suffering, and to get us through to the Resurrection and a beautiful new life. And after He rose from the dead, He found His friends and said “come have breakfast.”

Breakfast– the breaking of fast, the ending of the waiting time, the getting to where we can have pleasure and fun in freedom on the other side of the darkness– is the point.

Meanwhile, we have the Traditionalists, convinced they’re closest of all to God because they don’t like it when people are having a good time. You’re not allowed to have the things you like, you have to have a narrow and ever-shrinking list of the things THEY think you should like. You’re not allowed to sit in the kitchen in your pajamas and enjoy a stack of sticky waffles with friends, you have to stand in the drawing room in your sport coat and puff a cigar. No pleasure, just formality. No sustenance, just nicotine. No breaking your fast, just feeling important for having fasted.

That’s the Miserific Vision if ever there was one.

I prefer the Beatific Vision.

May 8, 2021 A Dandelion and a Mothers' Day Escape
Recent Comments
0 | Leave a Comment
Browse Our Archives
get the latest from
Steel Magnificat
Sign up for our newsletter
POPULAR AT PATHEOS Catholic
1