The Only Cure for LaBelle

The Only Cure for LaBelle June 5, 2021 Mary Pezzulo 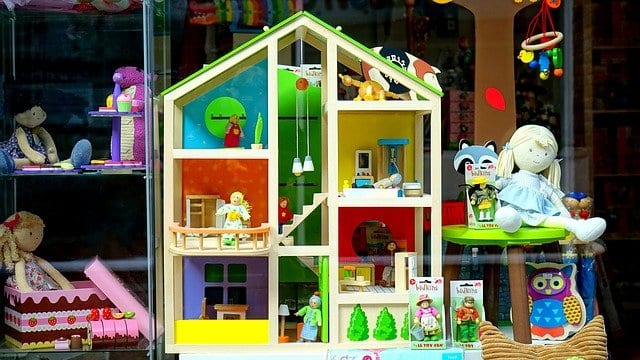 I wish I could tell you everything that goes on in Rosie’s dollhouse world.

She used to just have a beat up old Barbie Dreamhouse with stacks of legos instead of furniture. Now she has the Barbie dreamhouse, a log cabin, a Calico Critters grocery store, a Calico Critters pizzeria, and a Fisher Price garage which is used as the “rescue center” for her ambulances and fire trucks. The name of the city is UltraVille because most of the action figures who live there are UltraMan toys Rosie saves up for and orders from Japan.

One of my favorite institutions in UltraVille is a character called “the real estate agent.” She was an UltraMan action figure who showed up at the family’s house one Saturday morning: there was a knock at the door, and the dollhouse wife said “Oh, it must be the Real Estate Agent.” The real estate agent came into the kitchen and asked if the family needed help paying their bills, and the family said yes but only with the water bill. Then she asked “do you need any furniture?” and the family explained that their dishwasher is broken, so she gave them a new one.

I was a little embarrassed when Rosie played out this scenario. I thought I’d stayed quiet enough when fretting with Michael over how to get the bills paid. I wished she had no memory of when we moved into this house and had nearly no furniture. I don’t want her to worry about things like that. But I was intrigued by the real estate agent.

“What do you think a real estate agent is?” I asked.

Another character I love in Rose’s dollhouse world is “John the Balloon Man,” who is played by a plastic fire truck with Marshall from Paw Patrol sticking out of the top. John the Balloon Man is “a man who goes around the neighborhood giving candy and balloons to children out of his truck.”

“Ah,” I said to John the Balloon man. “You sell candy and balloons?”

“No,” Rose said to me through the fire truck. “I give it away for free.”

“How do you afford to do that?” I pressed.

John the Balloon man assisted the UltraVille detectives in a case where some bad guys were kidnapping children and loading them into the back of a van recently. He was a great help because he knew every child in town and what their bikes looked like. The detectives made him an honorary sergeant with the special commission to protect the neighborhood’s children after that.

The world needs a John the Balloon Man.

But my very favorite character in all of UltraVille is Rudo Brandy. Rudo appeared in Rose’s fantasies after a bad spell with one of the Baker Street Irregulars, who is traumatized and acts like a bully from time to time. There are a lot of traumatized kids who bully in LaBelle. Rosie is often fighting off one bully or another, and I wasn’t surprised that this came up in her play. It went like this:

The dollhouse boy and girl, voiced by Rose and played by two G. I. Joes, came home from school one afternoon in tears, because a schoolyard bully had terrorized them. As the dollhouse father, played by me through another UltraMan toy, was deciding what to do about this, the bully himself came running down the street– another G. I. Joe, also played by Rose. The boy kicked and screamed and called names that didn’t make much sense, until the dollhouse father demanded to know who he was.

The dollhouse father took Rudo Brandy by the collar and dragged him to the Brandy family’s house, where I began to improvise.

“Oh,” I made the dollhouse father say. “This house is very small and run down. They must be poor people.”

Rosie took the prompt immediately. She picked up an action figure to play the part of Rudo’s mother. “Hello,” she said. “I’m Mrs. Brandy. We’re poor and we don’t have a refrigerator.”

“Mrs. Brandy,” I said very seriously, “Do you have a job or any money?”

“No,” said Mrs. Brandy. “I never had a job and my husband ran away. I give Rudo only two bites of dinner per day.”

“No wonder Rudo is so angry all the time,” I said, and took the action figure to a diner for lunch. The real estate agent came out on a special emergency weekday trip to help Mrs. Brandy find work, build an addition onto the house, fill it with furniture and wire it for electricity. Rudo and Mrs. Brandy lived with the dollhouse family for a few days while the construction was being completed. Now, Rudo Brandy is a regular visitor to the dollhouse and the dollhouse boy’s best friend. He is the most gentle and loving character in the neighborhood.

I believe in that kind of neighborhood.

I didn’t want to raise my daughter here in LaBelle, with the menacing neighbor next door and so many tormented people all around. I wanted to raise her in a quiet, pretty neighborhood with quiet, privileged people who mind their own business. I didn’t want her to know so many hard things about poverty and desperation. But if she knows about them, I want her to imagine characters like the Real Estate Agent, who come and fix them. And if she’s going to know about people who are cruel to children, I want her to imagine simple and goodhearted souls like John the Balloon Man who look after other people’s children in case of danger. And if she’s going to know how hunger and squalor can turn a child violent, I want her to imagine that that violence can be healed, and children can become sweet again, if only they get enough help. I want her to imagine a neighborhood of people whose first response to a Rudo Brandy is to pour out help until he’s healed.

Playing make believe is the most powerful thing a human being can do. Because in order for us to change our world, we have to envision the change. The only way out of the mess we’re in is to imagine a world that isn’t a mess. Every good choice a person ever made, began with a person imagining the choice was possible. And then it became possible, because somebody made it up.

If there has to be a real world, in all its fallen misery, there needs to be a make believe one where we envision how we’re going to fix it.

If there is going to be a LaBelle, there needs to be an UltraVille. Because UltraVille is the only cure for LaBelle. 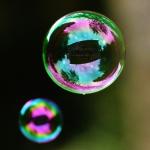 June 4, 2021
To Bear the Rainbow Thirty Seconds
Next Post 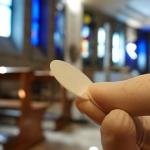 June 6, 2021 The Terrible Meaning of Corpus
Recent Comments
0 | Leave a Comment
Browse Our Archives
get the latest from
Steel Magnificat
Sign up for our newsletter
POPULAR AT PATHEOS Catholic
1