Quite a few strict and grouchy conservative public Catholics have gone off the deep end lately.

Maybe this is the kind of thing you only notice if you spend too much time on social media, as I do. On social media, there are a lot of jaw-clenching Traditionalist Catholics having crises of faith in public. They don’t just believe conspiracy theories about the Pope anymore; they think he ruined everything and there’s no Church left.

Last night my friends and I were marveling at one of them, who was ranting about Jesuits and comparing cognitive dissonance to the trauma of sexual abuse. He was the most uptight jaw-clenching Traditionalist Catholic of them all up until last year, and now he’s jaded. He’s having a crisis of faith. I don’t blame him. Crises of faith can happen to anyone; I’ve had several, messily, in public. but being that uptight is something that’s especially hard to maintain.

I was saddened that this person doesn’t seem to like anything positive about the Faith, though. He only seemed drawn to the cruel parts. He’s angry that Pope Francis won’t let us have a death penalty anymore and he thinks the Pope is soft on gay people and such. I never hear him talk about mercy or Catholic social justice, except to ridicule them. He sounds absolutely miserable, and I hope he grows up.

The talk turned to how nice it is to be a plain old ordinary Catholic. Not a trad or a modernist or any particular KIND of Catholic, but just Catholic. Don’t have a shtick. Don’t have a crusade. Don’t ty to fit in to a clique. Just try to do your best at being a Catholic.

Find a place to go to Mass on the weekend. Wear your good clothes or don’t because getting dressed up for Mass triggers your anxiety.  If you get to a new church and find it’s ugly with felt banners, try not to look at them, or gaze on them as if they’re icons and try to find something good to say about them, or close your eyes and imagine how you could use the same cheap materials to make a piece of art that actually glorifies God. If the music is bad, sing along and offer it up– or don’t sing and offer that up. Go to an early morning Mass when there’s no music if the music offends you. Stand in the foyer if the homily triggers your panic attack. Try to draw your mind back to prayer when you get bored. But go to Mass.

Go to confession– or don’t, because you just went, and you remember that going to confession every few days triggers your OCD. Find a confessional with a good solid screen so you won’t be embarrassed, or go to the annoying face-to-face confessional to save time if that’s what you’d like to do. Find a confessor who helps you to make progress in charity. If you can’t find one of those, pray that you do find one and make the best of it in the meanwhile.

Find some prayers to say.  Pray the Rosary if that’s your thing, and don’t give yourself grief if the Rosary is triggering. Ten Hail Marys on your fingers, or ten Our Fathers. Figure out how to pray the Divine Office. It’s online if you can’t manage with a real paper breviary. Sing Taize. Take fifteen minutes of quiet in an Adoration chapel and when that gets easy, try twenty.

Find something Catholic to read. Read “The Story of a Soul” and try to remember to smile at annoying people when you pass by them. Read the Bible over the course of a year and get very bored when you get to the Book of Numbers. Google “random Bible verse” and make whatever comes up your meditation for the day.

Get a weatherproof image of the Virgin Mary that you like, and plant flowers around it in the front yard. Or get an image of Our Lady of Guadalupe for indoors and put it next to a cactus. Dust it regularly and pray as you dust.

Perform the Works of Mercy, because those aren’t optional. It doesn’t have to be a big dramatic act. Start small. Buy an extra can of Chef Boyardee for the food pantry every time you buy groceries for the family, and take it from there in whatever way the Holy Spirit prompts you. Something like that. Find ways to be good to people in your community, whether they look conventional or not. The correct amount of time and money and trouble to take, is a bit more than you can comfortably afford.

To exist, in a world where God is ever present, bearing that eternal seal on your forehead, is a prayer.

To exist is a prayer.

Don’t throw yourself into a cosplay or a dramatic role, just be yourself, as a Catholic.

To be Catholic is not necessarily something we do. Sometimes it is. But often enough, to be Catholic is something that God does to your soul, bit by bit, day by day, in the mountains and the valleys, the dry spells and the consolation, as He descends from Heaven to become one with you, and brings you up to be one with Him.

I hope the people who see it otherwise find a gentler path. 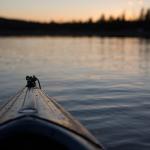 September 6, 2021
What Would You Do If You Believed I Was Love?
Next Post 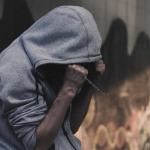 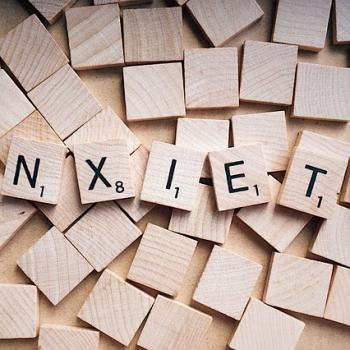