What the Rich Man Lacks 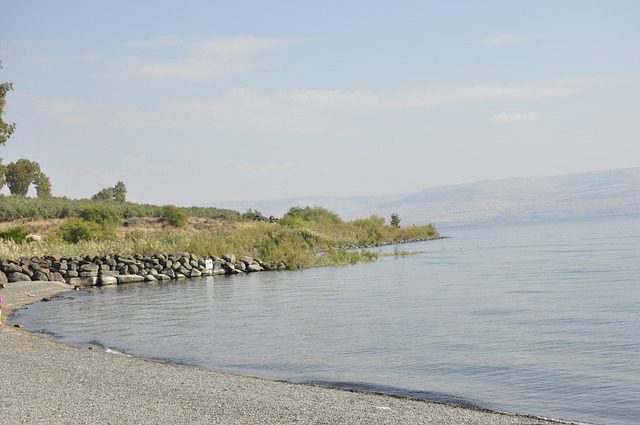 As Jesus was setting out on a journey, a man ran up,
knelt down before him, and asked him,
“Good teacher, what must I do to inherit eternal life?”
Jesus answered him, “Why do you call me good?
No one is good but God alone.
You know the commandments: You shall not kill;

you shall not commit adultery;
you shall not steal;
you shall not bear false witness;
you shall not defraud;
honor your father and your mother.”
He replied and said to him,
“Teacher, all of these I have observed from my youth.”
Jesus, looking at him, loved him and said to him,
“You are lacking in one thing.
Go, sell what you have, and give to the poor
and you will have treasure in heaven; then come, follow me.”
At that statement his face fell,
and he went away sad, for he had many possessions.

Jesus looked around and said to his disciples,
“How hard it is for those who have wealth
to enter the kingdom of God!”
The disciples were amazed at his words.
So Jesus again said to them in reply,
“Children, how hard it is to enter the kingdom of God!
It is easier for a camel to pass through the eye of a needle
than for one who is rich to enter the kingdom of God.”
They were exceedingly astonished and said among themselves,
“Then who can be saved?”
Jesus looked at them and said,
“For human beings it is impossible, but not for God.
All things are possible for God.”
Peter began to say to him,
“We have given up everything and followed you.”
Jesus said, “Amen, I say to you,

there is no one who has given up house or brothers or sisters
or mother or father or children or lands
for my sake and for the sake of the gospel
who will not receive a hundred times more now in this present age:
houses and brothers and sisters
and mothers and children and lands,
with persecutions, and eternal life in the age to come.”

As Jesus was starting on a journey, a rich man came to him. The rich man asked him what he had to do, to inherit eternal life.

Jesus knew the way to eternal life. It was the path He was walking: to Jerusalem and then to Calvary, to hell, and then to Heaven. He also knew the rich man was sad because he has many possessions, so He told him the only way to be happy. The rich man had to let them go. He had to provide for his community out of all his abundance. Then Jesus could walk with him and teach him everything else that he didn’t know. This was what the rich man lacked.

The rich man couldn’t bear to hear that. It was too much. He’d never been told this truth before. Society had told him that riches were a sign of Divine favor. Society had told him that if he was  good, if he kept the commandments and honored his father and mother, he would be prosperous. That meant that the fact that he had so many good things meant that he’d kept the commandments from his youth. To be told that he was lacking, was beyond his capacity to tolerate.

The rich man went away sad, and we do not know what happened to him after that. Maybe he went on just as he was, sad but believing he lacks nothing, until the day he died. Maybe he did actually sell all of his possessions, and come follow Christ. Maybe he was present later, at the triumphal entry into Jerusalem, at the trial in the praetorium, at the foot of the cross. Only Christ knows for sure, and He hasn’t told us.

Jesus turned to the crowd. “How hard it is for those who have wealth to enter the Kingdom of God!”

The people sitting around Him, for the most part, were not wealthy. They were ordinary poor and working class people. But they did’t want to hear this either, because they’d like to be just like that privileged man: wealthy, and seeming to lack nothing. But you cannot have it both ways. To enter Heaven you have to have a lack, you have to acknowledge your lack, and then Christ has to fill your lack. Otherwise, it can’t be done. It is impossible for it to be done. You might as well try to shove a whole camel straight through the eye of a needle, as try to get into the Kingdom of God when you can’t see that you lack.

And at the same time, they were amazed. “Who, then, could be saved?”

Could they be saved? Even though they were poor, and they’d been told that their poverty was the result of vice?

Could it really be true?

You can just see him raising his hand, the Lord trying to keep talking, Peter waving the hand and going “ooh ooh ooh” until Christ can’t ignore it anymore.

The Son of God looked at Peter, loving, patient.

“We have given up everything and followed you,” Peter reminded Him.

Christ already knew. He Himself was a working class man; He knew what it cost to drop everything and give your whole life to the Gospel. He also empathized with the rich man, because He was also once extremely powerful and happy, and gave it all up. The Son of God gave up everything to seek us, and that is the only reason it’s just for Him to ask us to give up everything to seek Him.

He didn’t will any of the hurt, but He knew it was going to happen anyway.

It would not be honest for Him to leave out telling them about the hurt. But He also wanted to tell them what was waiting for them, beginning in this world and especially once the hurt was over with. “Amen, I say to you, there is no one who has given up house or brothers or sisters or mother or father or children or lands for my sake and for the sake of the gospel who will not receive a hundred times more now in this present age: houses and brothers and sisters and mothers and children and lands, with persecutions, and eternal life in the age to come.”

Those who follow Christ will lose homes. They will lose brothers, sisters, mothers, fathers and children. They will lose they lands they call their own. And then Christ Himself will become their home. He will become their brother and sister, father and mother, their child, their legacy, their inheritance, their home. This will all hurt but it will be worth it. And after that, there will be eternal life in the age to come.

Simon Peter and the other apostles went on following Christ, and we do not know what happened to them after that. Oh, we know that eleven went off to preach the gospel, suffered terribly and fell asleep in the Lord. We know that the other betrayed the Lord for financial gain, was sorry, returned the price of blood and hanged himself. But we don’t know for certain that that one is in hell, and we should pray for him and for the rich man along with every other departed soul. The other eleven, we know, are in Christ, but we don’t understand what it is to be in Christ. What we are to be has not yet been revealed.

May we always lack the things that keep us from Christ.

May we never lack the one thing that is necessary.

If you would like to take part in Mary’s virtual birthday party for Steubenville’s poor and homeless this week, buy a gift on her wish list. 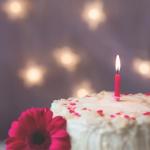 October 9, 2021
An Invitation To My Virtual Birthday Party
Next Post 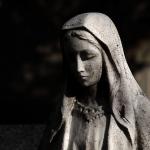 October 10, 2021 The Wise Hag
Recent Comments
0 | Leave a Comment
Browse Our Archives
get the latest updates from
Steel Magnificat
and the Patheos
Catholic
Channel
POPULAR AT PATHEOS Catholic
1 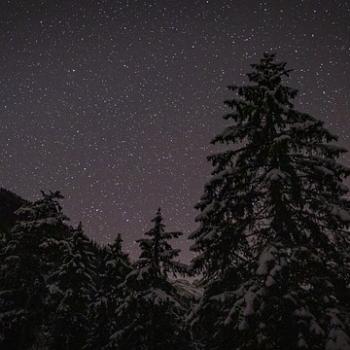