To Nazareth, Where He Had Grown Up 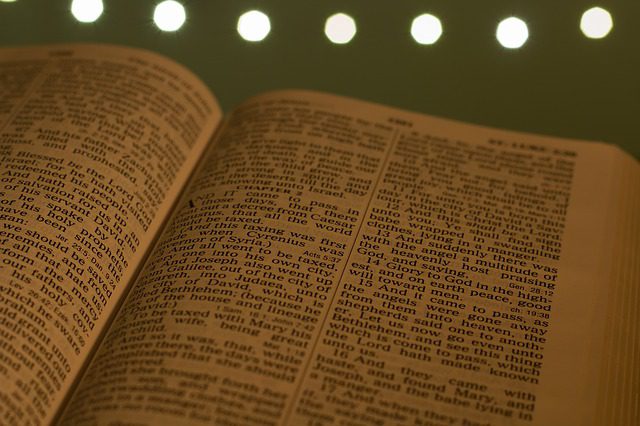 Since many have undertaken to compile a narrative of the events
that have been fulfilled among us,
just as those who were eyewitnesses from the beginning
and ministers of the word have handed them down to us,
I too have decided,

after investigating everything accurately anew,
to write it down in an orderly sequence for you,
most excellent Theophilus,
so that you may realize the certainty of the teachings
you have received.

Jesus returned to Galilee in the power of the Spirit,
and news of him spread throughout the whole region.
He taught in their synagogues and was praised by all.

He came to Nazareth, where he had grown up,
and went according to his custom
into the synagogue on the sabbath day.
He stood up to read and was handed a scroll of the prophet Isaiah.
He unrolled the scroll and found the passage where it was written:
The Spirit of the Lord is upon me,
because he has anointed me
to bring glad tidings to the poor.
He has sent me to proclaim liberty to captives
and recovery of sight to the blind,
to let the oppressed go free,

and to proclaim a year acceptable to the Lord.
Rolling up the scroll, he handed it back to the attendant and sat down,
and the eyes of all in the synagogue looked intently at him.
He said to them,
“Today this Scripture passage is fulfilled in your hearing.”

The Gospel reading for this Sunday is liable to give you whiplash.

We begin at the very beginning of the Gospel according to Luke: Luke’s polite introduction to the most excellent Theophilus, so that he may realize the certainty of the teachings they have received.

“Theophilus” means “lover of God.” That’s us. That’s you and me, Christians, and it’s also anyone else who loves justice or mercy or compassion or the truth, because God is Justice, is Mercy, is Compassion, is the Way, the Truth and the Life. We are all the most excellent Theophilus, and what the evangelist has written, he has written for us.

After the introduction, we get into our time machine and step on the gas. We go forward more than thirty years. We skip the angel’s mysterious annunciation to the childless Zechariah. We skip the loving and joyous annunciation to the Mother of God. We go right past the Visitation of which I’ve already written. There is no time for Mary’s canticle or Zechariah’s. The whole Christmas narrative is left behind in a cloud of dust. We skip over Christ’s infancy and His three-day disappearance in the temple. Poor John the Baptist doesn’t get a word. Christ’s temptation in the wilderness is blown past without stopping. We arrive in Nazareth, after all of these things have happened. Here comes Jesus, just back from a forty-day desert retreat where he was tormented by the devil and fussed over by angels, going to his synagogue on the Sabbath.

Have you ever been swept up in a powerful and life-altering mystical experience, and then had to come back down to earth and go to your house of worship with all of your neighbors? It was something like that.

Christians are supposed to do what Christ does. Part of the walk of Christianity is finding Theophilus and telling him that everything he’s been told is true. Part of Christianity is being that Theophilus and listening. Part of Christianity is going through all the strange and mundane adventures of your day-to-day life, even though those events are going to be overlooked by people zooming around trying to get to the important part. Part of it is going out to the desert, being tantalized by the forces of evil, and then really knowing the consolation of the angels. Part of it is coming back to town to go to church.

He entered the synagogue, and He got up to read. He read the scroll that was handed to Him, from the prophesies of Isaiah.

“The Spirit of the Lord is upon me,
because he has anointed me
to bring glad tidings to the poor.
He has sent me to proclaim liberty to captives
and recovery of sight to the blind,
to let the oppressed go free,
and to proclaim a year acceptable to the Lord.”

And then He looks up at all of those people, His neighbors, His former childhood playmates and their parents, the people who used to come to His shop and hire him to do some work. He looks at the people who liked Him and the people who didn’t; the people who thought He was a goody twoshoes and had no patience for Him. He remembered the ones who gossiped and spread tales about His dear mother and patient, protective foster father.

Perhaps His mother is also there. It does seem that the whole town was there.

He loved these people so very much, and still does. He loves them eternally, from the beginning of creation until now until always. He loved them all, every one of them, even the most tiresome bully in town. He loved them even though He knew full well what was going to happen next. He knew they would be offended, and they would quarrel with Him, and before evening they would all form a mob and try to murder Him. This time they wouldn’t succeed, but eventually He would be murdered in the most gruesome way imaginable. In the meanwhile, His reputation would be ruined, His whole world would turn against Him, and He would wander the region with nowhere to lay His head. He knew all of this.

“Today this Scripture passage is fulfilled in your hearing.”

From there, Jesus went out to do the work of the Father. He brought glad tidings to the poor, proclaimed liberty to the captives, brought sight to the blind, and let the oppressed go free. And He still does.

We who are Theophilus should do likewise.

January 21, 2022
On the Patriot Front's Appearance at the March for Life
Next Post

January 23, 2022 Dear Ohio: A Word About Snow
Recent Comments
0 | Leave a Comment
"Carrying opposition to CRT to an extreme, as is happening among the white Christian nationalists, ..."
alwayspuzzled No, CRT Is Not The Same ..."
"Sigh. I thought so."
Mike Petrik Yes, Babies in Jail Deserve Formula
"In message and by example, Jesus was all about passing it on. Thank you for ..."
alwayspuzzled The Gold Was Everywhere
"Some good news regarding the baby formula shortage:"Biden Invokes Defense Production Act For Baby Formula ..."
3vil5triker . What We Need is Families
Browse Our Archives
Related posts from Steel Magnificat 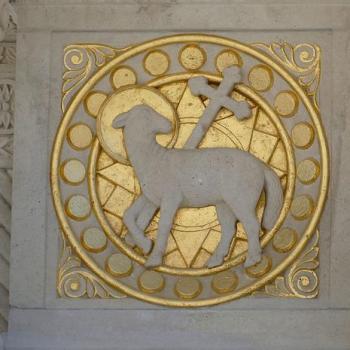 Catholic
You Didn't Kill Jesus, and You're Allowed to...
Steel Magnificat 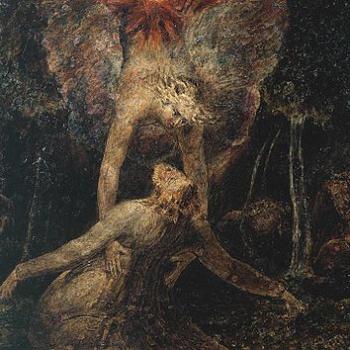