An Awkward Mistake and a Moral Panic 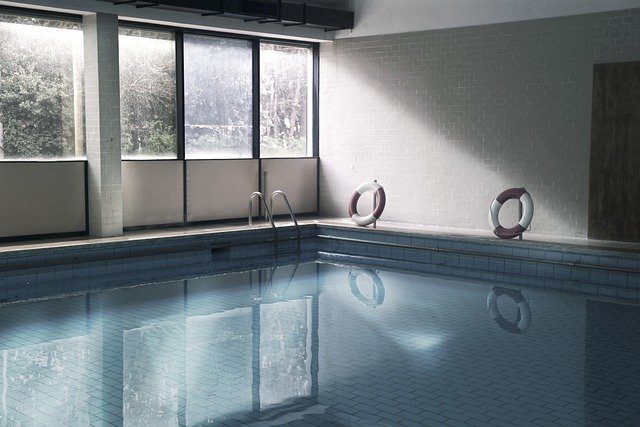 Rose and I went into the locker room at the rec center, the next town over where there’s an indoor pool.

Rose was excited and scampered in first to get her shower over with, so she could go swimming. I plodded after her in my tiresome slow mother way, dragging our bag with the swim suits in it. I dragged the bag past an older woman who was changing into her bathing suit, not in one of the changing stalls or a toilet stall or shower, but right out at a bench near the lockers. I didn’t give her a second thought. I was busy plodding after Rose.

As I was reminding Rose to take her towel and not get into the shower without her swim suit, the woman rounded the corner and confronted us. She fixed my daughter with an angry stare. “She needs to go in first,” said the woman, glaring at Rose but gesturing to me.

“She needs to go in first and look around so you won’t see any women,” said the angry woman to Rose.

Rose only looked more confused, but then I realized what the woman’s problem is.

I put my arm around my daughter’s shoulders. “Rose is a girl,” I said protectively.

This was not strictly true. Rose was dressed like a girl. Her pixie cut was spiked up fashionably messy. She had on a pair of plain blue jeans from the girls’ section of Old Navy and a t-shirt with dinosaurs on it from their unisex line. If the shirt had been tighter, the woman would have seen that Rose is already developing a woman’s body, but the shirt was modestly loose as she and I both prefer. She responded to the old woman with a big exaggerated eye roll that I would have chided for being bad manners in any other situation, but I let it slide just then.

“Well, I mean, girls can dress however they want,” said the mortified woman, who was afraid of being seen naked by the wrong person, yet who’d voluntarily chosen not to change her clothes in any of the private spaces provided for the purpose but had done it out on a bench. “I thought your brought your son in with you to the locker room. You don’t want them going in alone. You never know what can happen these days.”

You never know what can happen these days. I thought about that the whole time I was swimming laps.

A moral panic is a form of mass hysteria, a movement based on false or exaggerated notions about a supposed threat to a society. Some moral panics are founded on a real incident and get out of hand, and  some are just fabricated from the start. There have been many moral panics in my lifetime. When I was in the first grade, we were drilled on “stranger danger” and how to avoid talking to people we didn’t know at the park.  Even at the time, when I was seven years old,  it seemed a little extreme. I never went to the park without a parent or other close relative, and that should have been enough to keep me safe. We were also warned never to eat our Halloween candy until our parents inspected it, in case the candy had been laced with drugs. And again, this didn’t make any sense. Why would a drug dealer give away free drugs? Why would a drug addict part with any of their stash? But we obeyed.

When my family entered the Charismatic Renewal, the moral panics multiplied like mushrooms. Parents destroyed their Disney videotapes because of subliminal messaging; they honestly thought their children were in danger of being kidnapped and murdered by Satanists if they let them out of their sight for a moment. This, too, seemed unreasonable, but we took precautions.

Now the moral panic is about people with the wrong genitals.  That we won’t be able to tell what a person’s genitals are by looking at their clothes and faces, and somehow this will be dangerous. That people with the wrong genitals will go into the wrong room and see you naked or worse. That people with the wrong genitals will hurt children. That liberal teachers and schools will “groom” your children into wanting to mutilate their own genitals. That dopey liberal parents who go along with every trend will allow the genital mutilation, and the children will suffer for it their entire lives. Never mind that not everybody who identifies as trans transitions medically at all, and far less than half of trans people get surgery on their genitals. Furthermore people who identify as trans make up a tiny percentage of the human population, and within that tiny percentage they commit a tiny percentage of the crimes– but they are four times more likely to be victims of violent crimes. They are the ones who have reason to be afraid, but they’re not the ones instigating a moral panic.

People who don’t understand the issue are catching the fear from others as if it’s a cough. They’re policing who comes into the locker room and making snap assumptions, because nightmare situations have been suggested to them so many times that they start imagining it’s likely.

I pondered all of this as I finished my exercise and watched Rose in her flowered swimsuit, chatting happily with the older woman who had misgendered her in the locker room. Rose had just invented a new sport, which consisted of standing on top of a foam kickboard in the water and trying not to lose your balance. The lady was using a foam kickboard to rest on as she paddled about the pool. They were having fun bantering with each other, now that the misunderstanding had been cleared up.

When we finished swimming, Rose got back into her jeans and dinosaur shirt and followed me to the car.

“Mom?” she asked as she was putting on her seatbelt. “If I were a BOY would people always call me a GIRL?”

I didn’t know what to say to that.

I am very concerned about the moral panic of the day. I am concerned primarily for my friends who are trans– wonderful, caring people who wouldn’t hurt a fly. The ones who are parents are excellent parents. The ones who would like to be parents deserve the chance. They are the scapegoats who are in the most danger.

But I am also concerned for a growing list of people, because moral panics are never very choosy about who they victimize. I’m concerned about gay and lesbian people and their children being harassed or worse. I am concerned about my friends who are not LBGTQ who get casually labeled as “groomer” by trolls on social media if they don’t act hateful enough towards the trans community. That kind of language has been used to excuse violence from the beginning of history. And I am concerned for Rose and children like her, girls who are tomboys and boys who aren’t conventionally masculine, getting into dangerous situations. What happened at the pool was just an embarrassing mistake, something to laugh about a moment later. But such things can get out of hand.

You never know what can happen these days.

Image via Wikimedia Commons
Mary Pezzulo is the author of Meditations on the Way of the Cross and Stumbling into Grace: How We Meet God in Tiny Works of Mercy.
Steel Magnificat operates almost entirely on tips. To tip the author, visit our donate page.
Previous Post 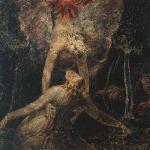 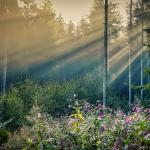 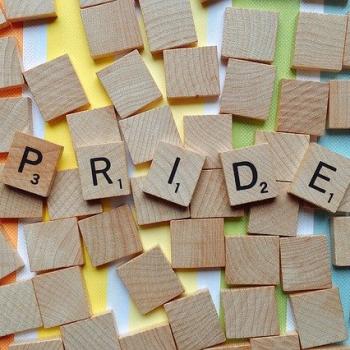 Catholic
The Rainbow and the Dewfall
Steel Magnificat