A Primer on SNAP Benefits, For Anyone Who Would Like To Know

If you’re on social media, you may have noticed a graphic going around which lists some proposed restrictions to how the poor could spend their SNAP or “food stamp” benefits.

At first I thought this was a proposed federal law, but it’s actually a regulation being discussed in the state of Iowa. Republican lawmakers in Iowa have proposed a new list of foods that Iowa’s SNAP recipients would no longer be able to buy, if the law passes.

The first thing I noticed from this list of proposed restrictions is that it’s arbitrary. I might have thought it was only concern for their health if you only read the rules about no refined grains and no canned beans. But then I got to the part about no fresh meat, only canned– even though canned meat tends to be saltier and not quite as good for you, all things considered. Then I might have thought it was all about prices and only buying cheap things, until I got to to the “no sliced, shredded or crumbled cheese” and “no American cheese” even though shredded cheese costs about the same and American is cheaper. The only factor linking the restrictions is that they make it more difficult to shop and more difficult to cook and eat the items you do end up buying with SNAP. It’s just setting up barriers for poor people so that using SNAP isn’t too easy.

Most people understood that this was a horrible idea and said so. But I saw a small contingent of folks who were in favor of making it harder to use SNAP benefits in general. You always run into these people when SNAP benefits are in the news. Some of them are just plain cruel, and I can’t talk to cruel people. If you don’t know that we should help the hungry, I can’t make you understand. But others seem to believe that making it harder to access and use SNAP will help limit fraud, encourage thrift and healthy eating, and save money from government waste.

SNAP stands for the Supplemental Nutritional Assistance Program, a federal government program to help low-income families get enough food. It’s colloquially known as “food stamps” but nobody gets stamps they can exchange for certain foods anymore, they get a card they can swipe.

People tend to associate SNAP with lazy people bilking the government for cash they could earn themselves, but in reality SNAP fraud is extremely uncommon: less than a percentage of cases. People applying for these benefits have to jump through a strict set of hoops to get them, they must re-verify their income and family size regularly; it’s not the sort of thing you can easily cheat.  It is deliberately very difficult for unemployed people to get SNAP benefits, meaning most of the people who use the program have full-time jobs, the jobs just don’t pay enough for them to stay alive. Of those who don’t, many are children who shouldn’t be working anyway and many are disabled.  Those people need to eat.

And SNAP benefits put money into the local economy, which benefits everyone.

No, seriously, they do.

I know we’ve been raised to believe that government benefits steal money from taxpayers and give it to the Great Unwashed with no benefit for anyone else, but it doesn’t really work that way for SNAP benefits. Let me explain. Your modern-day SNAP benefits come  on an Electronic Benefits Transfer or EBT card, which is loaded with a certain amount of money every month– about five hundred dollars for a family of three at the very most, depending on the family’s income.  That money can only be spent on certain things which vary a little by state– generally, only on unprepared foods from the grocery store aisles and not on hot food from the grocery deli counter or a restaurant. If you ring up a cart full of underwear and socks and scan your EBT card, the card won’t pay for it. If you buy mostly food but also underwear and socks, the EBT card will pay for the food but then you’ll be on the hook for cash for the price of the clothing. But the money the card pays to the store is just money. If I buy $500 of groceries with 500 one-dollar bills, the person in front of me buys $500 of groceries with a credit card,  and the person behind me buys $500 of groceries with her EBT card, the grocery store gets $1500 to do what they want with. To them, it’s the same as cash.

This means, thanks to the SNAP program, poor people on benefits have money to put into the local economy.

Grocery stores make money from selling things to people who couldn’t otherwise afford them; they can then afford to pay their employees and order more food, which benefits everyone. If those benefits get cut, local grocery stores won’t make as much money. They might be even more likely to move out of poorer neighborhoods than they already are. The local economy will suffer. The SNAP program is not a program that sucks your tax dollars away and makes them disappear into places you’ll never see. It puts tax dollars into the cash register at your supermarket. True, it does that by taking taxes from people who are better off, but not much. SNAP costs about 2% of the government’s annual budget, and 93% of funds allotted to the program go straight into the EBT cards instead of to bureaucracy. By contrast, more than 1/6 of federal spending is military spending. You might say that if you paid $1000 in taxes last year, you paid $20 to the EBT program of which hungry families got $18.60, but you paid $166.66 to kill people overseas.

It’s already difficult to apply for and keep SNAP because of the paperwork, proof of income and interviews involved.  It’s difficult to stretch out the small budget the government gives to them every month. It can be difficult to spend SNAP benefits in the first place because poor people often live in “food deserts” and can’t get to a proper grocery store if they don’t have a car or gas money. The foods available to buy in these places are of limited variety, relatively expensive and not very nutritious– remember, you can’t spend SNAP benefits at a restaurant, but you might be able to spend them at the convenience store. Adding extra restrictions and difficulties to the ones they already have is not helping anyone. Poor people in the middle of the city might not be able to buy whole wheat bread and pasta at the local convenience store which might be the only place they have to go shopping. They might be chronically ill with dietary restrictions the government can’t plan ahead for, which makes restricting the foods they can buy extremely impractical. They might be working three different jobs, meaning they can’t be home all day to simmer dry beans and brown rice.

The SNAP program already has a very low incidence of fraud. It already costs taxpayers very little. And it’s already good for the whole economy, not just for the poor. Improvements could certainly be made, but not by making it more difficult.

Those are the basics on one of the most efficient and helpful government programs we’ve got. I hope that answers your questions, if you had questions.

If you’re just cruel, of course, I can’t help you. 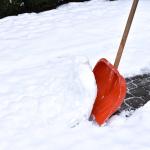 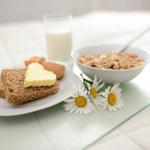 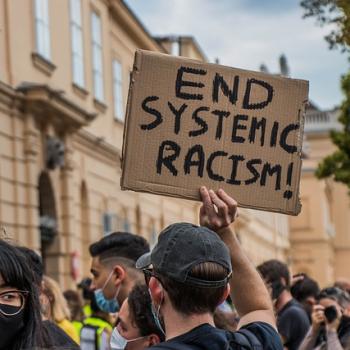 Catholic
I Shouldn't Have To Say That Black Lives...
Steel Magnificat