More on the Laicization, and the Lies, of Frank Pavone

As we all know, Frank was laicized by the Vatican for disobedience and “blasphemous communications on social media” late last year. He was still celebrating Mass and presenting himself as a priest for weeks after his laicization, but he’s claimed that is because he didn’t get the memo. Now, speaking to the Catholic News Agency, Pavone admits that that might be a fib. It’s the closest he’s gotten to telling the truth in a long time.

Pavone has announced he’s going to have a livestream “press conference” on Friday ahead of the March for Life. He is still insisting that he can appeal his laicization, either under this Pope or the next one– this in spite of the fact that the Discastery for the Clergy has said there’s no appeal available.

As for me, I’m surprised he even wants to appeal the laicization, since he has worked so hard to get it.

No one ever forced Frank Pavone to become a priest. He wasn’t drafted. This isn’t The Hunger Games. Frank sought ordination. He worked hard to get ordained. He first joined a Salesian Major Seminary and then left the Salesians and was ordained in the Diocese of New York instead. At any step of the way, he could have called it off, but that’s what he chose to do. Things began to go downhill from there.

After some initial success, Frank Pavone began to be at loggerheads with Cardinal Egan in the Diocese of New York. At that point as well, no one was forcing him to remain a priest. He could have sought voluntarily laicization through canonical channels. He could also have gone a different way. He could have taken off the collar and said “I have grave disagreements with my bishop and I’m not presenting myself as a priest anymore, I’m changing the name of my organization to “Laity for Life,” we’re a secular organization fighting to help unborn babies” and waited for laicization to catch up to him in an honest way. Or, he could have done what Egan requested and just stayed a priest, probably still doing pro-life work but in a different way. The Catholic hierarchy is not exactly opposed to priests looking pro-life.  Instead, he continued to flaunt his status as a priest while doing exactly as he pleased and seek excardination to a new diocese. No one forced him into any of that either. It was his choice.

While in Amarillo, Pavone could have chosen not to mouth off about his superiors, but he did. He could have chosen not to get involved in skeevy-looking financial dealings with his various nonprofits. Personally I’ve never started two nonprofit organizations, leant nearly a million dollars from one of my nonprofits to anther, and then had the second nonprofit’s tax-exempt status revoked for omitting to file  paperwork for three whole years. But that does seem to be what happened with Priests for Life and Gospel of Life Ministries, both of which were his. Bishop Zurek  recalled him to Amarillo and restricted his ministry for this. Pavone could have either complied, or announced he was leaving the priesthood and struck out on his own. He chose to do neither, instead appealing to the Vatican, which did lift the restrictions over the diocese’s head. He got what he wanted because he worked to get it.

After this, Pavone could have continued his pro-life work while making nice with Bishop Zurek, but he didn’t.

It’s actually not difficult to have a successful and lucrative pro-life organization while kissing up to a bishop. Bishops like pro-life organizations. They like money. They like priests in their diocese looking especially conservative. But Pavone did not make nice with Bishop Zurek, as Zurek himself stated in a letter after Pavone desecrated a corpse to make a viral video. It takes a lot of provocation to get a bishop to write a letter that angry. And the world knows about that letter because Pavone chose to post it publicly to his website, despite the fact that it proves he was lying. That was his choice as well.

After that letter was sent, Pavone could have chosen to publicly admit he wasn’t a priest in good standing, but instead he lied about it until he got caught and then continued to lie. He had no reason to believe that he could expect to be excardinated to a new diocese under a supportive bishop, but he lied about that.

Meanwhile, all this time, Pavone’s been telling  self-contradicting stories about what he’s done with two very old baby corpses which may not have even been aborted in the first place . I’ve written about that situation too many times to count. No one forced him to accept those two corpses in the first place or to keep them as long as he did. He’s the one who posed corpses for photo opportunities and even videos so many times over decades. He’s gone so far as to publicly release a video showing a doctor playing with one of the corpses’ genitals. If he really did happen to have several different intact dead babies of the exact same race, sex and gestational age with the exact same purpurae markings at several different times over the years, it would still be disgusting abuse of a corpse to treat them the way that he did. If he’s really been recycling the same two corpses for the press for years and years while lying about burying them, it’s exponentially worse. Never mind his canonical status, I refuse to believe it’s even legal.

This is why he was laicized– not by a vengeful bishop with a grudge, but by the Discastery for the Clergy in the Vatican itself. It happened because of his choices.

And now we seem to have caught him in a falsehood about never having been notified that he was defrocked.

Of course we have. All the man ever does is lie.

I have never in my life seen anyone try so hard to get punished as Frank Pavone has tried. He could have remained a priest while running a pro-life charity, by playing by the rules, but he insisted on doing things this way. Now he’s getting what he worked so hard for.

And I don’t think his cult following even realizes they’ve been conned. There’s a sucker born every minute.

Maybe the biggest sucker is Pavone himself. I really do think he believes in himself, and that’s the greatest mystery of all.

I don’t think I’ll be tuning in for Pavone’s so-called press conference tomorrow. If I change my mind you can catch me liveblogging it on my Twitter page. But I don’t know how many of his lies I can stomach.

Still, you can count on me continuing to follow and report on his unravelling. For the sake of everything he claimed to stand for, somebody has to. 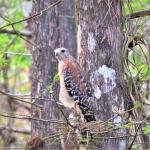 January 17, 2023
The Red-Shouldered Hawk on the Anxiety Walk
Next Post 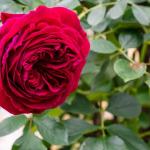 January 19, 2023 The Hawk and the Songbirds
Recent Comments
0 | Leave a Comment
Browse Our Archives
Related posts from Steel Magnificat 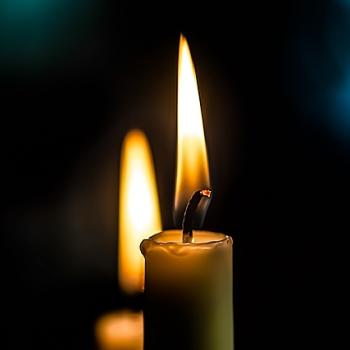