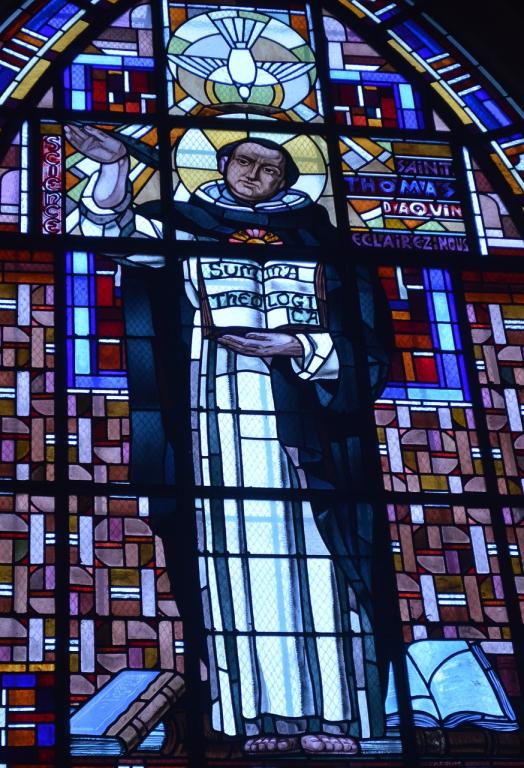 The Fifth Way is an argument from the design or intelligibility of the universe. As I have done with Aquinas’s previous proofs, I will introduce the Fifth Way before providing Aquinas’s argument. Finally, I will furnish an analysis of the Fifth Way.

It is a rare phenomenon indeed when the disciplines of theology, philosophy, and science agree. Yet, regarding the universe’s intelligibility, all three fields presuppose two things; one that the universe is ordered, and two, that the human intellect is capable of understanding it. If the universe was not ordered, there would be no laws of nature and no predictability. A random universe would make science impossible. It would also render disciplines like philosophy and theology untenable.

Moreover, there would be no reason to trust our judgments if the human intellect is the result of blind and random processes. That is to say, if the human mind was not appropriately ordered, there would be no method of knowing if our thoughts accurately represented reality. Once again, randomness, in this case at the level of the intellect, would make science, theology, and philosophy impossible.

Aquinas’s Fifth Way is argued in the vein of just this view of intelligibility. Here is how Aquinas makes his argument:

“The fifth way is taken from the governance of the world. We see that things which lack intelligence, such as natural bodies, act for an end, and this is evident from their acting always, or nearly always, in the same way, so as to obtain the best result. Hence it is plain that not fortuitously, but designedly, do they achieve their end. Now whatever lacks intelligence cannot move towards an end, unless it be directed by some being endowed with knowledge and intelligence; as the arrow is shot to its mark by the archer. Therefore some intelligent being exists by whom all natural things are directed to their end; and this being we call God.” (Aquinas, Thomas. Summa Theologica Complete in a Single Volume. 2018).

Analysis of the Fifth Way

Aquinas’s Fifth Way is known as a teleological argument. Telos is a Greek word meaning “end” or “goal.”

Within the concept of design, there are two approaches to consider. The first method is to argue that the remarkable complexity that exists in the universe cannot be the result of random processes. If the complexity is not random, it must, by definition, be designed. Therefore, we can infer the existence of a designer. It is this approach that the philosopher William Paley suggested, and it is this view that has given rise to the intelligent design arguments.

While it is possible to incorporate this approach with Aquinas’s Fifth Way, Aquinas is not arguing that evidence of complexity is evidence for the existence of God. Instead, Aquinas argument can be understood at two levels.

First, everything that is caused (i.e., contingent) is designed for a purpose. The evidence for this design is manifest in the natural world. Beginning with the human body, we see that organs are designed for a purpose; the eyes for sight, the heart for circulating blood, and so on. The fact that these organs act toward a goal is evident when we consider their failures. We say of one who is blind that the person’s eyes have failed. That is, the person’s eyes have failed to act in the manner which they are intended.

This design is evident, too, in the universe. We live on a planet that supports life and the requirements of the nature of living things. The universe exists only in the way that it does due to minutely tuned constants. The slightest deviation from those constants would make life on earth impossible.

It is the final cause that is at the heart of the Fifth Way. Aquinas makes the argument that even inanimate matter acts toward a particular end. Evidence for this can be inferred from the laws of nature, i.e., gravitation, electromagnetism, strong interactions, and weak interactions. Since the laws of science are descriptive, it suffices to say that these laws describe the order in the universe. Order suggests that things move or act toward an end or goal. This is true even of non-living things (things lacking intelligence). If non-intelligent things regularly act toward an end, it must be that they were designed for and guided to that end by something extrinsic. Now that which is designed necessitates a designer. To design something requires rationality, and rationality involves intelligence. Therefore, we may infer that non-intelligent things are created for and guided to their end by an intelligent being.

Finally, as we have seen in Aquinas’s other arguments, there cannot be an infinite regress involved in the Fifth Way. Any chain of beings that designed the universe and guides things to their goal must ultimately come to an end at a first designer who exists necessarily. Aquinas concludes that this first designer is that which everyone calls God.

In the preceding work, I have endeavored to explain Thomas Aquinas’s Fifth Way for the existence of God.

March 13, 2022 Lent in the Desert
Browse Our Archives
Related posts from Summa Catholic