Catholicism and The Limits of Science 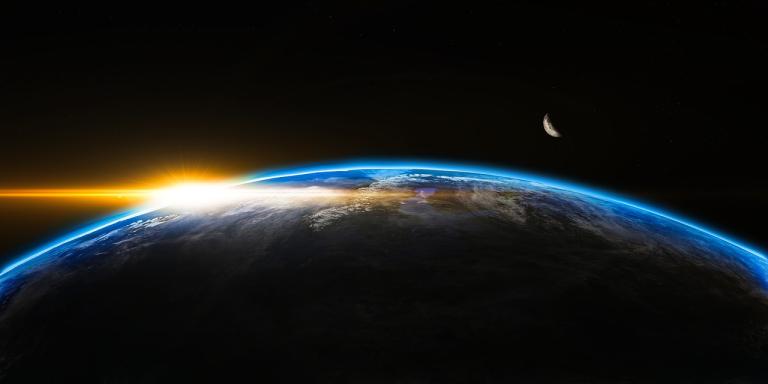 “The more I study nature, the more I stand amazed at the work of the Creator. Science brings men nearer to God.” – Louis Pasteur, The Father of Microbiology.

It has been some five hundred years since the scientific revolution. In the intervening years, many have come to view science as the answer to humanity’s great questions and urgings. From electricity to flight to medical breakthroughs, science has drastically improved the lives of countless people.

There is evidence of a correlation between non-believers and depression (Bonelli, Raphael, et al. “Religious and spiritual factors in depression: review and integration of the research.”), while suicide rates in “religious” countries are lower than in secular countries (Gallup Poll).

Is science adequate for addressing the needs and desires of humanity, or do human beings need God? To address this question, I will define science and the Catholic religion, their spheres and areas of knowledge, and the respective limits of science and religion. Finally, I will address why the secular world thinks faith and science are incompatible.

The history of science has seen its sphere decrease significantly. For Aristotle, science was divided into theoretical, productive, and practical. Theoretical science concerns itself with matters such as metaphysics and mathematics. Productive science studies areas as diverse as medicine and art. Finally, practical science is concerned with politics and ethics.

Modern science is silent on many of human life’s great questions and experiences. Science cannot tell us how to be happy or what love is. It cannot inform one how to live a good life. Nor can science speak to things like morality, art, and literature. Perhaps most important of all, science cannot adjudicate the question of the existence of God or the relationship one should have with God. These questions are metaphysical and religious and can only be answered by metaphysics and religion.

On The Catholic Religion

Defining religion is in itself not an easy matter. For example, the Oxford English Dictionary defines religion as “Action or conduct indicating belief in, obedience to, and reverence for a god, gods, or similar superhuman power.” This definition attempts to be comprehensive and, in so doing, is rather vague. A more precise definition of religion would be to state that it is a set of practices and virtues that dispose a person to render to God the worship and service God deserves. Moreover, religion is a composite of all the virtues that arise from a human being’s relationship with God.

For the purposes of this work, I will define Catholicism as “The faith, worship, and practice of all Christians in communion with the Bishop of Rome, whom they acknowledge as the Vicar of Christ and the visible head of the Church founded by Christ.” (Father John Hardon’s Modern Catholic Dictionary).

The purpose of the Catholic religion is to worship God properly and place the individual into a right relationship with God to achieve salvation or eternal life with God. Because of the nature of worship and relationship with God, Catholicism is concerned with virtually every aspect of life. This includes care for God’s creation, morality and ethics, and one’s relationships with other people. Therefore, it should be clear that Catholicism’s ambit is much broader than science’s subject matter.

Accepting that science provides knowledge of the natural world, and Catholicism concerns itself with such things as worship, salvation, and morality, there is no conflict between the two. “Since the same God who reveals mysteries and infuses faith has bestowed the light of reason on the human mind, God cannot deny himself, nor can truth ever contradict truth. Consequently, methodical research in all branches of knowledge provided it is carried out in a truly scientific manner and does not override moral laws, can never conflict with the faith, because the things of the world and the things of faith derive from the same God. The humble and persevering investigator of the secrets of nature is being led, as it were, by the hand of God in spite of himself, for it is God, the conserver of all things, who made them what they are.” (Catechism of the Catholic Church, Paragraph 159).

How then do we explain why so many today are under the mistaken belief that science and religion (specifically, Catholicism) are at odds?

The root cause of the supposed rift between Catholicism and science is caused by mistaking scientism for science.

There are several problems with scientism, perhaps none more fundamental than that it is self-refuting. The belief that only science can provide knowledge cannot be proved by science. The second issue with scientism is that it cannot account for a vast array of human activity. As was said above, a purely scientific worldview cannot speak to such diverse but essential aspects of life as morality, art, happiness, and, of course, faith.

This fact leads to an important point about science and scientism. Science begins with faith. The scientist must have faith in the intelligibility of the world that he seeks to investigate, and he must have faith in his own reasoning ability. If the world is not intelligible, it cannot be known, and if the human intellect is not properly ordered, one can have no hope of understanding. This intelligibility at both ends of the epistemological spectrum must be accepted as articles of faith.

Catholicism asserts that God is the Creator of the universe, and it seeks to bring individuals into a relationship with that God. Science is the study of the universe that God has created. Said differently, science can tell us what life is, but not how to live. Science can take us to the moon, but it cannot take us to God, for that, we need religion, we need Catholicism.

May 4, 2022 In The Service of God
Browse Our Archives
Related posts from Summa Catholic

Catholic
In The Fullness Of Time
Summa Catholic