In The Service of God 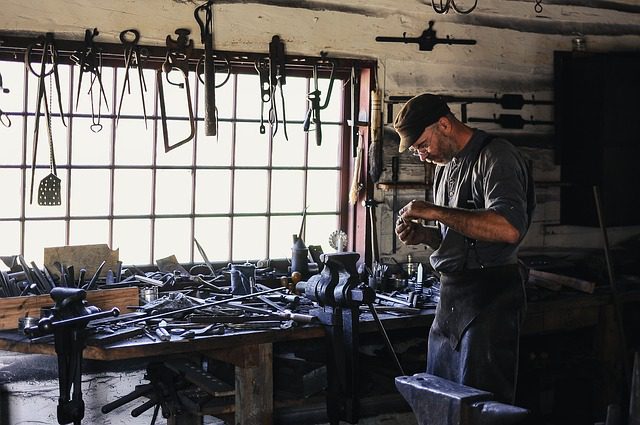 “Whatever you do, do from the heart, as for the Lord and not for others, knowing that you will receive from the Lord the due payment of the inheritance; be slaves of the Lord Christ.” – Colossians 3:23-24.

The impetus for this article is a comment that I came across a remark on social media. An atheist was asking why God needs people to do His work. While atheists rarely ask serious theological questions, I think that the question is worth pursuing, and I shall attempt to do so in this paper.

To adequately address the question, I will begin by discussing whether God has a need for anything. I will then discuss work as a product of being in God’s image. Finally, I will treat what it means to do God’s work.

The God That Doesn’t Need Us

Catholicism understands that God does not need anything from human beings. God is not one cause among many proximate causes, nor is He a being in the universe. Rather, God is the unconditioned ground of existence itself. This implies that God is a necessary being that exists eternally.

Of course, non-contingency does not extend to anything created. The universe is not only reliant upon God for its cause, but also for the means by which it is sustained in existence. (Does God Exist, Part Three). Once this is understood about God, it becomes evident that the answer to the question of why God needs us to do His work becomes clear. He doesn’t.

Having established that God needs nothing, we can proceed to discuss the place of work in relation to God and His creation.

For most of us, work is a necessary evil. Yet as human beings are made in the image of God, work is to be imitative of God’s creative power. To be in God’s image also means responsibility. In Genesis 1:26, God gives human beings dominion over animals. A Hebrew definition of dominion includes governance. As such, dominion should be understood as stewardship. As God cares for human beings, so too are we to care for God’s creatures.

So not only are humans to work because God has commanded it, but also because of human nature. To be sure, work provides us with the means to support ourselves and others. Yet we all are endowed with certain gifts that allow us to cooperate with God’s creation and further bring about God’s Kingdom. Work is a good thing for our humanity because, through work, human beings adapt nature to their needs while also obtaining fulfillment as human beings. (See Saint John Paul II, On Human Work [Laborem Exercens], no. 9).

Thus, to be in the image of God means that humans are to both cooperate with and be in the service of God. Moreover, human work is a further stage of God’s creative work; it is the process that completes the act of creation. God conceived the world to give human beings the power to take the act of creation one stage further toward that degree of perfection that He had in mind. Although God’s actions are perfect in themselves, it is necessary to prepare them for their own proper use if they are to be properly utilized. And here, there is room for human beings to share in further shaping God’s activity.

In a sense, work is the honor bestowed on human beings to allow them to cooperate with God.

Thus far, having addressed the non-contingent nature of God and having described the nature of work as cooperating with God, the question arises as to whether work has a spiritual component.

If being in the image of God means that human beings have the capacity to cooperate with God, it must also mean that human beings must possess the ability to act in such a manner that makes such cooperation meaningful.

God has provided for this fact as well in that He has given each of us certain gifts which we are to use in the furtherment of other people and for the care of God’s creation. As is evident in other aspects of the spiritual life, free will determines whether we will use those talents properly. This cooperation with God and the proper use of the gifts He has given us is explained in the parable of the talents.

Matthew 25:14-30 tells the story of a master who leaves his estate to travel. He entrusts his property to workers and gives each of the workers a certain number of talents (a talent was a sum of money. The term is used equivocally to mean both money and a skill). Of course, the “master” in the parable is God, and human beings are the workers entrusted to care for His property (i.e., creation).

In the parable, when the master returns, he praises some for their work and condemns others for failing to make good use of their talents. While the parable can be interpreted along eschatological lines, it can also be interpreted to mean that God wants us to use the gifts that we have to help others and bring about God’s Kingdom.

I have endeavored to show that while God needs nothing from us, He has given us work as a means of cooperating with Him as creatures who have been made in His image.

Without question, the idea that work has significance for our spiritual lives is a difficult concept to accept. Yet our work does not belong to us wholly, for we are called to do our tasks for God, and the skills and strength with which we do our work are ultimately a gift from God.

It is a principle of spiritual metaphysics that what is received must be given away. The gifts we have been endowed with are to be used in God’s service. When God says to us, “Fill the earth, and subdue it” (Genesis 1:28), He is, in this way, binding us to the earth and at the same time asking us to work and cooperate with Him, so that the earth will be subject to human beings, and through human beings, to God.

May 1, 2022
Catholicism and The Limits of Science
Next Post

May 8, 2022 Thou Shall Not Kill
Browse Our Archives
Related posts from Summa Catholic