For those who didn’t catch wind of the shakeup over at the rightwing blog site, RedState, a week ago, know that something went down and a certain group of writers were “exiled.”
I was one of those exiles, and wouldn’t you know it – I ended up here.

So one door was closed, but another opened.

As I embark on this new phase of my work, you’ll find that I’m pretty firmly settled in my beliefs and principles, whether it is my Christian faith, or the ideological principles of my politics.

What I discovered through several years of working in the political blogosphere is that politics is ugly business – whether you’re serving in office or discussing it on the sidelines.

Possibly the worst thing to come out of the political scene in the last couple of years is this notion that incivility is now a virtue.

Where conservatives used to be the adults in the room, the Republican party was thought to be the party of God, country, and family, there’s been a shift.

Did the introduction of an oft-bankrupted, twice-divorced reality TV host as the new face of the Republican party have anything to do with it?

It would be hard to say he hasn’t given incivility a broader platform. He uses social media as a bludgeon to drive the stake of snark and pettiness deeper and deeper into the heart of the GOP.

He’s a man whose scandals have scandals.

But we knew that before the election.

There are things that need to be killed off in the current conversation about conservatism and the political life of the Republican party, going forward.

To begin, if anyone suggests that the absence of a vote for Trump equals a vote for Hillary, we can assume this person doesn’t understand how voting works.

As a matter of fact, if someone is still talking about Hillary Clinton at this point, and as a deflection from Donald Trump’s latest woes, that someone is also doing politics wrong.
The same rule applies for former President Barack Obama.

Notice the key word there – former.

I’m not even going to deny that there are many odious things that President Obama and the Clinton cabal need to answer for. It seems justice has been thwarted, and no one appears to have the stomach to pursue them.

That being said, if you’re outraged by the wrongs of Hillary and Obama, but you’re not even slightly uncomfortable with what’s going on with Trump, there’s some hypocrisy there that needs to be worked through.

Yes. It is absolutely possible to be outraged by all of them, and not betray your conservatism.

OH – and if you’re calling anything that doesn’t cater to what you already believe to be true, “fake news,” then you’re insulated, shut off, closed down, and pretty much have divorced yourself from the market of ideas and free, productive discussion.

My personal loyalty is to principle, not party.

I am an Evangelical Christian. I am a conservative.

I am not a partisan.

Knowing all that, I’m hoping this can be a place where I start the conversation, but others feel comfortable jumping in, talking, listening, and learning, along the way.

So, Hi, guys. My name is Susan Wright.
What should we talk about?

About Susan Wright
You can read more about the author here.
Previous Post

December 5, 2021
For Abortion "Rights" Advocates - a Compromise
Next Post 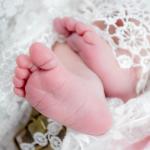 May 5, 2018 Yes, Let's Celebrate a Win for Life
Recent Comments
68 Comments | Leave a Comment
Browse Our Archives
Related posts from Susan Wright on the Right